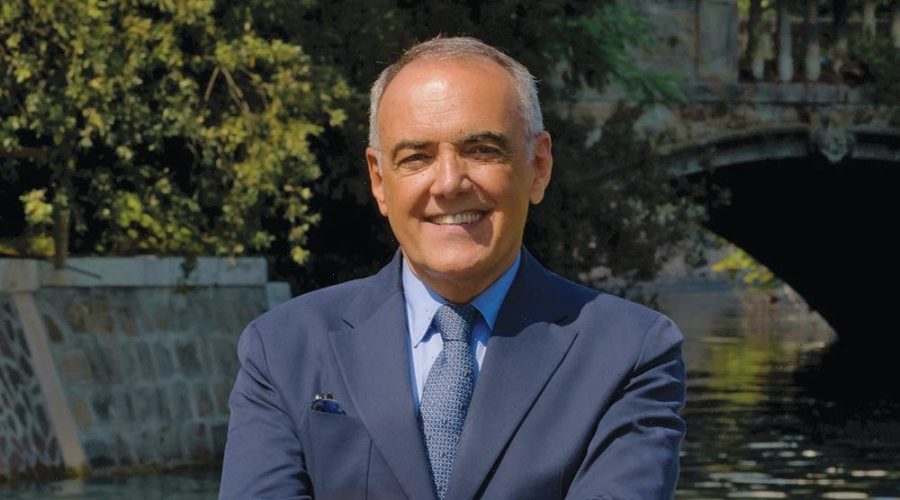 The Venice Film Festival once again looks like the place to launch the heavy hitters of awards season. As the world’s oldest film festival —unspooling on the island of Lido —  celebrates its 90th year, it serves up a dazzling display of goods and stars, starting from its opener, Noah Baumbach’s black comedy “White Noise” — with Adam Driver, Greta Gerwig and Jodie Turner-Smith expected on the red carpet — to an impressive array of arthouse auteurs screening their latest.

Assembling the 2022 Venice lineup has been a long and complicated process for festival topper Alberto Barbera and his team. They started viewing submissions in November, several months earlier than usual, so in some cases they had to take the plunge without knowing what else would become available by showtime. The Venice selection process was further hampered by the ongoing pandemic, which continues to disrupt delivery dates and distribution schedules. “I admit that it’s been the most challenging year,” Barbera says.

But the Lido lord in the same breath also admits that in the end he “got plenty of great films from around the world,” including almost all of the hotly anticipated titles of the upcoming season that he wanted. The only notable exception to that is Steven Spielberg’s semi-autobiographical “The Fablemans,” which is launching at the Toronto Intl. Film Festival.

Venice boasts a slew of world premieres ahead of Toronto and Telluride festivals, including Darren Aronofsky’s “The Whale,” which will segue to Toronto, while Luca Guadagnino’s “Bones and All,” with Timothée Chalamet (with a trailer that lit up the internet when it dropped in mid-August), Alejandro G. Iñárritu’s “Bardo, False Chronicle of a Handful of Truths” and Andrew Dominik’s buzzy Marilyn Monroe drama “Blonde,” starring Ana de Armas as the Hollywood icon, are launching from the Lido and skipping TIFF.

“I would say that the impact for us of our proximity on the calendar with Toronto and Telluride was less of an issue this year,” Barbera says.

Netflix hits Venice with force this year, after bowing Jane Campion’s “The Power of the Dog,”  for which she won an Oscar, and Paolo Sorrentino’s “The Hand of God,” which earned an Oscar nomination on the Lido last year. The streamer’s success at the festival may continue with its competition slate: “White Noise,” which marks the first time a Netflix title will open a top-tier film festival, “Bardo,” “Blonde” and French director Romain Gavras’ modern tragedy “Athena.”

Barbera calls this a testament to the fact that the streaming giant has “become among the biggest producers of contemporary auteur cinema,” and not due to “special treatment” on his part.

Additionally, Netflix will also be debuting Nicolas Winding Refn’s neon-noir series “Copenhagen Cowboy,” which will screen out-of-competition during the second half of the fest.

Anticipated global arthouse titles making a stop in Venice include competition screeners “No Bears,” from Iran’s imprisoned filmmaker Jafar Panahi; “The Son,” the follow-up of Oscar-winning drama “The Father” from Florian Zeller; “The Banshees of Inisherin,” from Martin McDonough; and “L’immensità,” Emanuele Crialese’s Penelope Cruz-starrer. Barbera notes that it’s a “very daring” film, and thinks this personal drama, by the Italian auteur who broke out 20 years ago with “Respiro,” will make a big international splash.

A curious coincidence in the Lido lineup this year — two of the five films by Italian directors in competition were shot in Ohio: Guadagnino’s “Bones and All,” with Chalamet and Taylor Russell as cannibal lovers on a road trip across 1980s America; and Andrea Pallaoro’s “Monica,” featuring Trace Lysette as a woman who returns home to the Midwest to care for her dying mother, played by Patricia Clarkson.

Barbera defines Guadagnino and Pallaoro as Italy’s “most cosmopolitan” directors and considers “Bones” “the most American film ever made by a non-American director.”

“It’s impressive,” he says, “from this standpoint: it’s a film about America that manages to say things about the U.S. that even American directors have been unable to say.”