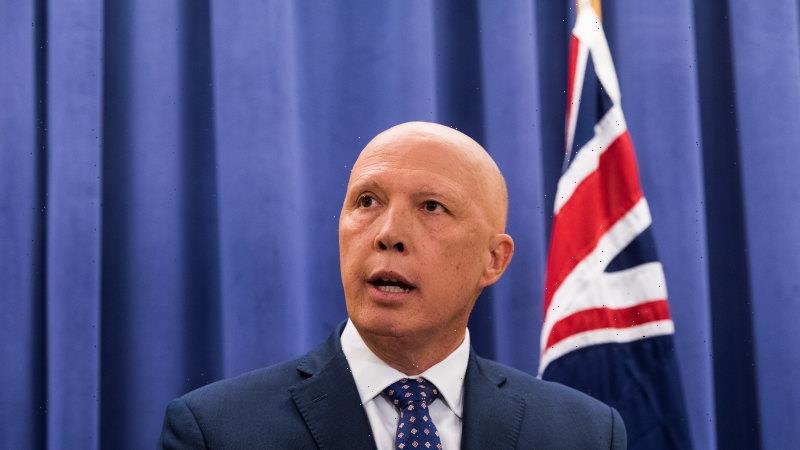 When the federal parliament sits next week for the first time since the May election, it will look like very different. It’s not just that it will include more women and be more ethnically and culturally diverse than ever before, but also that for the first time in nearly a decade Labor will be sitting to the right of the speaker.

With the energy crisis forcing the national electricity market to be suspended, China’s advances in the Pacific region escalating, an ecological crisis and continuing inflationary pressures on the economy, Prime Minister Anthony Albanese and his team must hit the ground running. 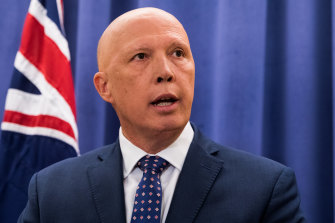 Peter Dutton has a lot of work ahead of him to make the Liberals more attractive to voters.Credit:James Brickwood

The government has announced its first legislative priorities, with plans to introduce four bills that will to seek to enshrine a 2030 emissions reduction target, legislate 10 days of domestic violence leave, mandate nurses in aged care homes, and create a new jobs and skills agency.

Most attention will be on the new government and its legislation, and that is how it should be. But Australians will also begin to see how those who will sit to the left of the speaker will behave. When a party is kicked out of office, it takes time to adjust to the slower pace and what Labor minister Gareth Evans described in 1996 as “relevancy deprivation syndrome”.

The opposition’s trouncing at the May election has led to some soul-searching about the future direction of the Liberal Party. It has a new leader, Peter Dutton, who has some work to do in places such as Melbourne, where he is little known beyond stereotypes.

Early attempts in opposition have been less than impressive. The criticism of Albanese’s overseas travel while NSW was being inundated by floods again was led by Liberal frontbenchers Angus Taylor and Dan Tehan, with Nationals leader David Littleproud. It was political payback for the time former prime minister Scott Morrison was attacked for holidaying in Hawaii while bushfires burnt in Australia. The criticism misfired. The comparison was weak and, after all, Dutton was, at the time, on holiday himself in America.

More regrettable has been Dutton’s declaration that he would not support legislation to enact the government’s 2030 target for a 43 per cent emissions reduction. He has declared it a “political stunt”, reasoning that putting the target into law would lock Australia into an inflexible position if the economic conditions were to deteriorate.

One of the reasons his party lost so many heartland Liberal seats to progressive independents was because of its reluctance to champion strong action on climate change. At his first press conference as leader, Dutton committed to support “sensible” action on climate, so to oppose a modest measure by Labor seems churlish.

Labor is right to attempt to end the climate change wars. As Albanese observed overseas, whether it be in Europe or the Pacific region, support for stronger action on climate is essential to Australia’s international standing. It has a direct impact on our relations not just diplomatically but economically. Domestically, most Australians have long wanted stronger action than those in our national government have been willing to take, and even the Australian Chamber of Commerce and Industry and the Business Council of Australia are now calling for the backing of Labor’s climate target.

Dutton would be best advised to listen to the rumblings on the moderate side of his party, not the right. Liberal senators Andrew Bragg and Bridget Archer have flagged that they may cross the floor on climate change, and the shadow minister for foreign affairs and leading moderate Simon Birmingham has said the final decision to oppose Labor’s climate target is for the party room and not just Dutton.

The opposition leader also needs to confront two other issues that played a significant role in the Coalition’s loss at the last election: a federal integrity commission, and its treatment of women in politics.

Dutton has signalled a willingness to move on from the Morrison government’s intransigence on an integrity commission, stating that he was a “strong supporter of the [NSW integrity commission] ICAC”, which Morrison described as a kangaroo court. It’s a good start, but he needs to do more. Putting in place a federal integrity commission will require complex legislation to ensure it has the proper balance of power, transparency and accountability. The outcome will be better for having the input of both major parties, followed by their strong backing and cooperation.

On the issue of women, Dutton has made some progress. His shadow cabinet contains 10 women, equivalent to Albanese’s cabinet. But while Labor and the crossbenchers increased female representation, the Coalition went backwards. Without stronger mechanisms to force change during preselections, the Liberal Party will continue to struggle to represent the broader community.

The opposition is an essential component of our liberal democracy. It is obliged to offer an alternative vision. But on such important matters as climate or integrity, it needs to take a broader view. There will be many issues on which the opposition can, and must challenge, the government. But for the good of all Australians, it should pick its battles wisely.

Gay Alcorn sends a newsletter to subscribers each week. Sign up to receive her Note from the Editor.