With the average divorce age for women now being 43, many are going on to rediscover sex in their middle years in the form of a new relationship.

They’re also debunking the myth that being adventurous in the bedroom dwindles with age, as these women are enjoying mind-blowing orgasms not only in the privacy of their own homes, but in hotels, online – and alone, too.

So how come sex has suddenly become so satisfying in midlife?

Three women in their 50s reveal their secret…

‘Following the breakdown of my 27-year partnership in 2019, I got together with my childhood sweetheart after I saw his photo pop up on Facebook and I got a message from him asking how I was. It turned out that he too had recently separated.

A few months later, he was in town for work so we met up at a hotel. There had always been a strong physical attraction between us and when we hugged, his smell was all too familiar. We were both tongue-tied and as we sipped whisky and talked, catching up on over 30 years, I felt a reconnection of our souls. Then he kissed me on the lips, which led to the most incredible sex.

Since we live in different cities, and because of the pandemic, it’s been hard to see each other on a regular basis thus we’ve been forced into a long-distance relationship. Having sex online via FaceTime has totally saved us. I love getting dolled up for our virtual dates, putting on make-up and sexy outfits, with candles and nice music playing in the background. It’s something I never would’ve considered doing with my ex as we didn’t have that kind of connection. 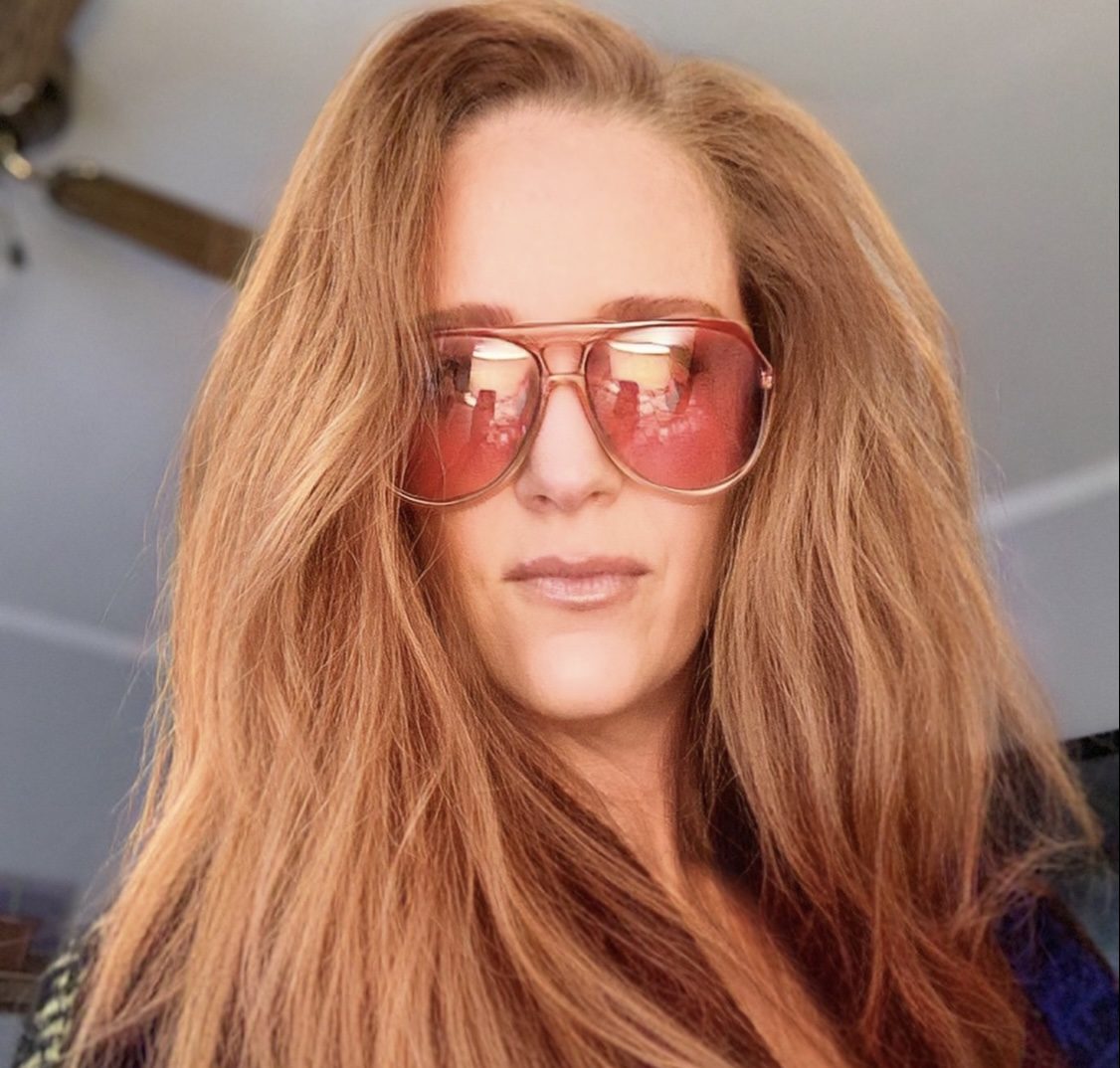 At 54, the pressure is off to perform a certain way in bed. Sex is all about taking ones time and communication, making sure that the other person’s needs are met and having fun. In my new relationship, I feel safe as well as free sexually to explore new things, be it non-traditional positions or using toys.

Growing up, the topic of sex was never discussed. Instead, I read about it in books. I’ve been very open with my son and daughter on the subject and told them years ago to practice safe sex and to find a trusting partner with whom they can talk to openly.

I’ve learnt to embrace who I’ve become and honour the lessons I’ve learnt. I’m no longer insecure or compare myself to what the media tells us women should look like. And I’ve discovered that an uninhibited woman, who does her own thing, and doesn’t have any hang ups, is a huge turn on for men. I’ve never felt more confident or comfortable in my own skin.

Sex today is so much more liberating. I feel I’ve finally found my voice and can ask for things without feeling any shame.’

‘When my husband of 14 years announced that he was leaving me for our next-door neighbour, I was devastated. At the time, we had two small children and I had no idea how I was going to manage. I moved into a tiny flat and got a job working as a shop assistant to make ends meet. It wasn’t until four years later that I could entertain the thought of going on a date.

I met Antonio*, a divorced father of four, at a bar in 2020 while out with a girlfriend. He wasn’t my type but when he walked over I felt him undress me with his beautiful dark brown eyes. His Italian accent was a huge turn on and that night I never laughed so hard in my life – he was extremely funny.

We had sex on our second date. I was so nervous I drank a Skinny Bitch (a vodka, soda and lime juice cocktail) before he picked me up and we drove to a hotel, as the sexual tension between us was so strong. In the room, he slowly took off my shoes and kissed my toes before we had sex, which was out of this world, like nothing I’d ever experienced. All my husband and I ever did was the missionary position and most nights I was too exhausted. But now that the kids are older, my mind is freer, and I’m no longer embarrassed to try new things – like role-play.

Every weekend, we get together and I’m lucky to have a great network of friends to babysit for me. Still, I always make sure to be home in the morning to make the kids breakfast.

Today I feel sexually empowered because I can express my desires without being embarrassed. I know what turns me on – and what doesn’t. Although I’m still self-conscious about my body as two pregnancies have left me with an ugly C-section scar across my tummy. But Antonio doesn’t seem to mind, which has helped me to accept my body for what it is.

I now know why my husband had to leave me because in my heart I feel that Antonio and I were meant to be if not for any other reason but for me to celebrate my sexual freedom. And for that, I am grateful.’

Sleeping with a married man makes sex all the more thrilling

‘I met Frank* on Instagram after he liked one of my photos. We started texting and he had me in stitches with his sense of humour. Eventually, we exchanged numbers and spent hours on the phone talking. I knew he was married but he said he and his wife were like brother and sister, only staying together for the sake of their daughter.

After lockdown restrictions lifted in April 2021, we decided to meet for coffee. He’d warned me that he’d put on weight since the pandemic, and I confessed that I too was a lot heavier than in my younger years, so as to maintain realistic expectations. However, none of this mattered as there was an animal-like magnetism from the moment we set eyes on each other.

We couldn’t get back to my house fast enough, tearing at our clothes as we ran up the stairs where we had sex on my bedroom floor. I hadn’t been with a man since my divorce six years prior and the earth-shattering orgasm I experienced was like a volcano erupting. There was a sense of release as my body let go of all that built up tension. Afterwards, I burst out laughing at the sight of the two of us, our half-naked bodies drenched in sweat.

I never thought I’d be ‘the other woman’ especially since the reason I left my husband was because he’d been having an affair. Yet here I am. I don’t feel bad though as Frank has told me that he and his wife are no longer intimate. Besides, the intense passion we share has restored my confidence. Call me selfish but Frank makes me feel desirable, which in turn has boosted my self-esteem, both personally and sexually.

Only one of my friends disapproves of our illicit relationship so I avoid sharing any details of our rendezvouses with her. I refuse to feel guilty. I’ve spent years feeling rejected and not good enough – now it’s my turn.

To avoid suspicion, Frank and I meet just two or three times a month at mine. I hate sneaking around as I’m paranoid we might get caught. Yet somehow that element of risk has made the sex all the more thrilling. Would it still be as good if we were a couple? Hard to say.

This April, on our one-year anniversary, I surprised myself by giving Frank an ultimatum as I do long to have a partner with whom I can share my future. He has until August to decide between me and his wife. Should he choose her, I guess the sex was ridiculously hot while it lasted.’

*Names have been changed