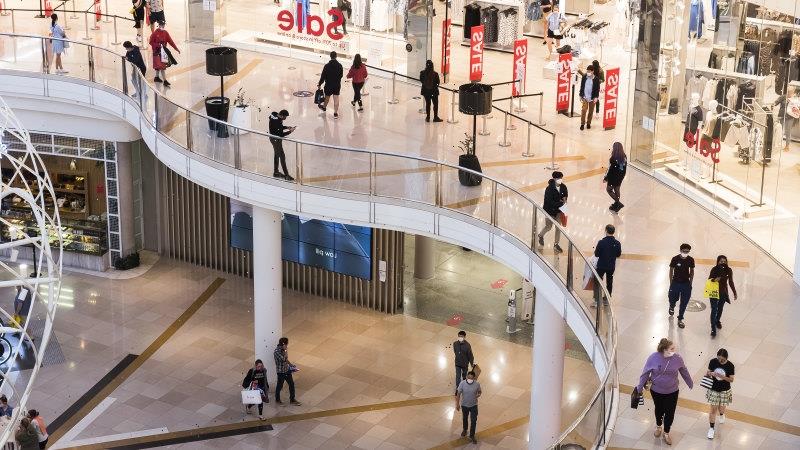 The end of coronavirus lockdowns, Black Friday sales and early Christmas shopping led to record retail spending in November, but the Omicron outbreak has since dented confidence and curtailed the shopping spree.

Australian Bureau of Statistics data for November shows retail turnover jumped 7.3 per cent, following rises of 4.9 per cent in October and 1.3 per cent in September. There was a 1.7 per cent fall in August as lockdowns hit major cities. 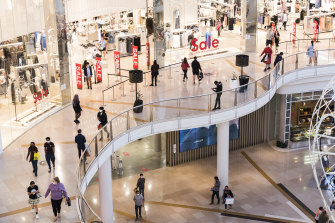 Shoppers went on a spending spree in November but this has been halted by Omicron.Credit:Getty

ABS director of quarterly economy-wide statistics Ben James said the percentage increase in November was the fourth-strongest monthly figure on record, and retail sales hit a record $33.4 billion, led by a surge of shoppers in Victoria. The previous record was in November 2020.

“Further easing of COVID-19 restrictions in the south-eastern states and territories has seen the retail industry recover all lost momentum caused by the Delta outbreak,” Mr James said. Spending increased 5.1 per cent in NSW, and 19.2 per cent and 20 per cent respectively in the ACT and Victoria as restrictions eased.

Food retailing, which includes supermarkets, was the only industry to record falls as spending at cafes and restaurants and on takeaways surged.

However, with Omicron now leading to a “shadow lockdown” in many cities as people self-impose restrictions to avoid catching the virus, there are concerns about how spending is holding up.

“The rapid rise of Omicron cases across Australia is likely responsible for the dampened outlook in the first week of January. Confidence fell in all the major capitals, with Adelaide faring the worst,” he said. “The good news is that people are still relatively happy about their own financial circumstances. This potentially sets things up for a rapid rebound once people are more confident about health outcomes.”

More people were confident about current and future financial conditions, but there was a sharp dip in confidence about current economic conditions, with this measure now at its lowest level since September. Fewer people thought it was a good time to buy a major household item.

BIS Oxford Economics senior economist Sean Langcake said discretionary spending in November was strong, with turnover helped by an extended sales period and shoppers concerned about stock availability and delivery times in the lead-up to Christmas.

“Disruptions due to the Omicron variant … will pose a challenge in early 2022. Consumer caution will reduce in-store foot traffic, while disruption to supply chains and labour availability will further limit sales,” he said.

“Unfortunately, that may prove short-lived, with growing evidence that spending softened towards the end of December and into January in response to the growing threat of Omicron,” he said. “January, and early 2022 more generally, could prove difficult for retailers as Omicron encourages the more risk-averse consumers to stay home.”

Australian Retailers Association chief executive Paul Zahra said retailers were challenged due to Omicron, which was affecting the workforce, supplies and deliveries.

“November was very different to what retailers are facing currently … As Omicron has taken hold in the past few weeks, we’ve seen some businesses have to limit their trading hours given the number of staff in isolation, while others have had to close stores in some locations altogether,” he said.

“Omicron cases are expected to peak in most states in the next few weeks and then both herd immunity and the high vaccination rates are expected to kick in, reducing the strain that is currently being felt by the health system. Aussie consumers are alert, not alarmed.”