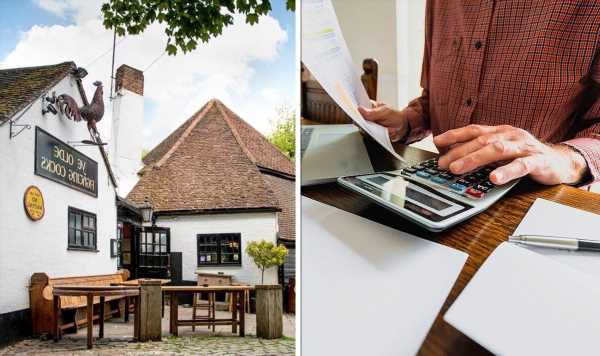 As the cost-of-living crisis continues to ravage Britain, pubs are under pressure to pay increasingly unaffordable bills. A pub named as the “oldest” in the UK could be forced to close because of this.

In recent months, pubs have been warning customers that they may be forced to shut their doors if they can’t afford to pay their bills.

Brew Dog has already closed six of its bars, while other venues may have no option but to increase the price of a pint of beer to a huge £20.

Tom Stainer, chief executive of the Campaign for Real Ale (CAMRA) group, said businesses are facing a five to six-fold increase in their bills – and that the cost of a pint will need to increase by around “£15 to £20” for pubs to match the increased running costs and survive the cost of living crisis without any Government support.

The latest establishment to be impacted by skyrocketing bills is Ye Olde Fighting Cocks, which describes itself as “the oldest pub” in Britain.

Located in St Albans, Hertfordshire, the pub has been running since 793 AD. 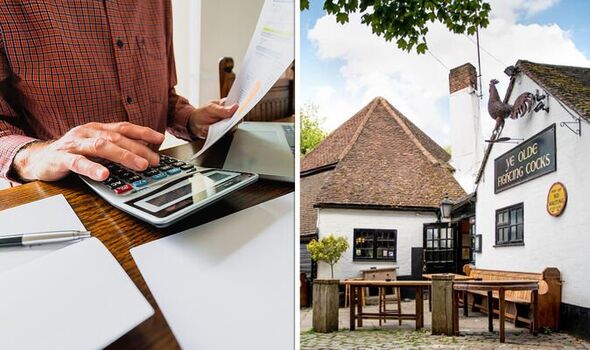 The venue has been struggling in recent years and was almost driven into administration in February this year due to post-pandemic issues.

It managed to fight back just as another problem reared its head: rising energy bills.

“It’s not like at home where you can turn everything off but the fridge and freezer – we’ve got certain things that need to stay on for health and safety and general upkeep.

“Our light bill is 10 times more than what it is in a house because at home you can turn off all the lights except the one you’re in, but you can’t do that in a pub.”

Ronan added: “So, we don’t have a choice, we can’t really cut down on energy bills but we are being charged double the amount.”

The pub remains open, at the time of writing, but only time will tell if Ronan and his team will be able to afford the increasing bills.

Customers have taken to TripAdvisor to review the pub, with some praising the food and others saying meals are “overpriced”.

User @ifcchief said: “Had fantastic Sunday roast sat in the lovely garden at the fighting Cocks, service is fantastic don’t have to even leave your seat.

“Highly recommend this and Sunday roast are brill. Deffo coming back here.” [SIC]

Another user, @h333zlhelenah, called the venue “a must-to-visit pub in St Albans”.

They wrote: “We love this place! Our grandson (a 10-year-old St Albans resident) informs us that it is the oldest pub in England, and I believe he is right. We are grateful that it is still serving food and drinks in 2022.”

Meanwhile, user @lincolnhatter commented: “Had a pint of Adnams which was, to be honest somewhat on the flat side, not overly enjoyable.

“I know they have recently reopened so hopefully things will improve and next time we come in the ale will be better.”

User @wayn0 added: “Three of us came to Ye Old Fighting Cocks last weekend for a Sunday roast. There was no roast beef (‘sometimes we have it as a special’) and then as the rest of the roasts didn’t sound appealing, I went for the BBQ special, which was two chicken thighs, a couple of halloumi slices, sausages and one prawn. Served with pasta salad, hummus (!) and another unmemorable col side dish.

“For £17.95 – mad. The staff was great, the garden was really busy and there still on top of things. But this doesn’t make up for mediocre, overpriced food.” [SIC]