Watch the new CBSN Originals documentary, “North Korea: The Art of Surviving Sanctions,” in the video player above.

Mass starvation is no longer the crisis it once was in North Korea, but the nation still endures high levels of food insecurity. More than 40 percent of the population is undernourished — up to 10.3 million people don’t get enough to eat, according to the World Food Programme. And the political, social and health consequences of the famine a generation ago still linger today.

Severe food shortages in the mid-1990s devastated the country. Some 3 million people died, and many others barely survived on a diet of contraband grain or watery gruel.

There were a number of causes for the famine: Poor weather damaged already limited crops, and economic mismanagement and the end of fuel subsidies further disrupted food distribution. The result was a situation so severe that its impact is still being felt, according to Daniel Jong Schwekendiek a professor at Sungkyunkwan University in Seoul who has researched nutrition in North Korea.

“The food crisis led to the marketization of the North Korean economy that continues until today,” Jong Schwekendiek said an email. “As the public distribution system collapsed, people started to engage in the informal economy, including livestock breeding, smuggling, street vending.” 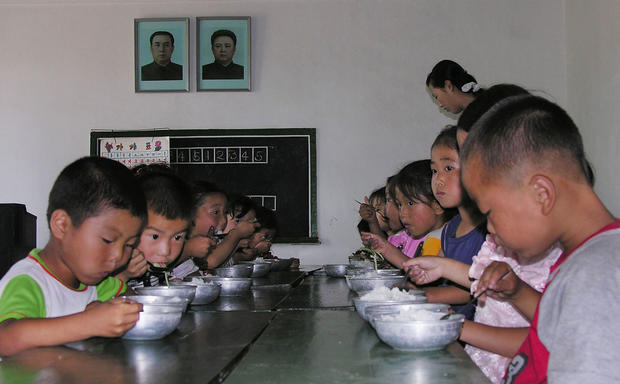 In this photo supplied by the World Food Programme, North Korean children eat lunch at a government-run kindergarten in South Pyongan province on July 18, 2005.

Those differences are the result of “socio-economic living conditions,” he said, not any genetic differences between the populations north and south of the Demilitarized Zone.

“The Korean peninsula has been a homogenous nation for centuries,” he explained. “North Korean adults were slightly taller than South Koreans before the division of the Korean peninsula, further suggesting that differing political systems in the two Koreas have caused this shift.”

According to a study published by Sunyoung Pak of Seoul National University in 2010, North Korean children who were born in the late 90s, during the peak of the food shortages, were shorter than those born before and after. The disparity was greatest among those in the mid-teen years.

For North Korean children who escape to South Korea, their weight catches up within two years. As for their height, that depends on when the child enters South Korea and what diet they are exposed to, according to Lee Soo-kyung, nutrition professor at Inha University in South Korea.

“To me, they [North Korean children] are forced to suffer twice for something beyond their control: malnutrition during childhood and chronic diseases during their adulthood,” she said. 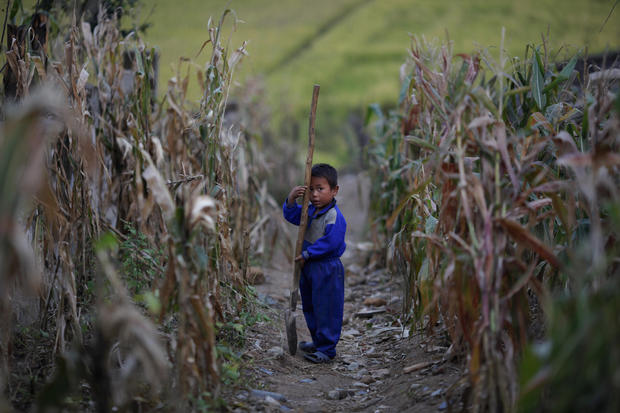 A North Korean boy in a corn field damaged by floods and typhoons in the South Hwanghae province, Sept. 29, 2011. In March 2011, the World Food Programme estimated that 6 million North Koreans needed food aid and a third of children were chronically malnourished or stunted.

And the gains are not distributed equally around the country. Life in the capital, Pyongyang,  presents the most flagrant example of inequality. Those in Pyongyang live quite comfortably compared to the rest of North Korea, and malnutrition is far less common. Stunting affects 10 percent of children in Pyongyang, compared to 32 percent of those in rural Ryanggang considered moderately or severely stunted, according to a UNICEF report published last summer.

“Although the rate of malnutrition decreased in North Korea, there are still a large number of children malnourished,” Soo-kyung said. “For example, Hamgyeong province still showed ‘high’ level of chronic malnutrition status.”

Only 17 percent of North Korea’s land is fit for agricultural production and the country still heavily relies on traditional farming methods. Weather patterns have also increased droughts and floods, according to the U.N. Office for the Coordination of Humanitarian Affairs (OCHA). Basic necessities such as clean drinking water and basic sanitation are also limited for those in rural areas. 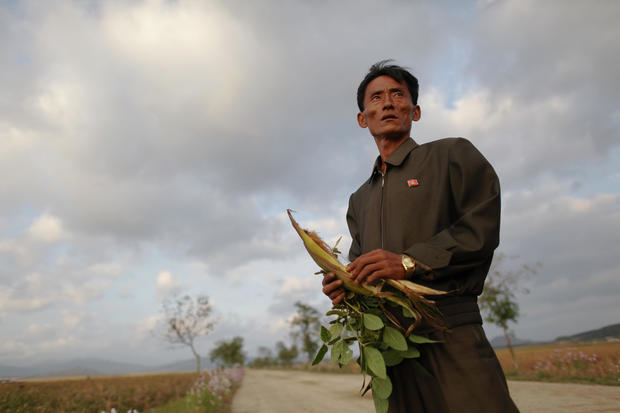 Political tensions are further worsening the situation. Although humanitarian aid is exempt from international sanctions, they have slowed down aid deliveries and created challenges for the shipment of basic humanitarian supplies, according to OCHA.

“The absence of a banking channel for humanitarian transfers is one of the unintended consequences of the international sanctions,” said Russell Geekie, a spokesperson for OCHA.

Fewer aid workers are able to go to North Korea due to a U.S. ban on citizens traveling there, further stalling relief efforts.

UNICEF said last January that 60,000 North Korean children could starve due to the impact of international sanctions.

“There’s just too much that undermines these efforts,” said a longtime aid worker who  requested anonymity. “Sending food is a Band-aid — it’s not the solution. We’re just putting Band-aids on a difficult situation.”

Among the countries sending aid to North Korea is South Korea, which pledged $8 million through the United Nations for “poor conditions children and pregnant women face there, apart from political issues,”  South Korea’s Minister of Unification, Cho Myung-gyon said in September 2017.