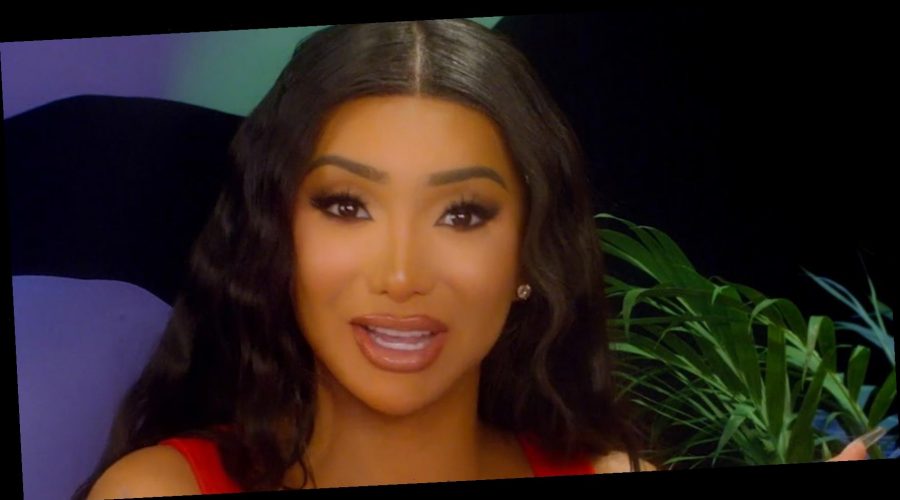 Belgium-American, YouTuber, influencer, reality star, and makeup designer Nikita Dragon has built an empire worth over $4 Million since her debut performing makeup tutorials in 2014. She has over 3.6 million YouTube subscribers, is starring in the second season of her digital reality series “Nikita Unfiltered” on Snapchat, and has turned down countless makeup branding deals to start her own company, Dragun Beauty. She is the definition of taking Youtube and Instagram seriously and yielding major returns.

Season one of “Nikita Unfiltered” consisted of Nikita’s many will-they-won’t-they relationships, her famous friendships, business relationships, her ongoing journey as a trans woman, and a constant parade of well-groomed suitors. Season two doesn’t diverge too far from the initial framework; however, she is now opening up about the realities of stepping into the limelight and her fears of being canceled after more than a few haunting controversy.

Dragun has been heralded as a leading trans entertainer and commended for her clap-backs to transphobic comments from Victoria’s Secret former chief marketing officer. However, she has not been celebrated for publishing images with darkened skin tones, wearing box braids, having packed parties at pandemic peaks, flirting with underage TikTok stars, and last but not least, making jokes on Twitter deemed racist and ignorant. As Dragun attempts to celebrate her identity and new ventures, fans will not let her forget these significant transgressions.

Health.com describes Blackfishing as “the phenomenon of non-Black influencers and public figures using bronzer, tanning, Photoshop, or even cosmetic surgery to change their looks to appear Black or mixed race.” Dragun pushed back, claiming Jeffree Star was responsible for editing the project where Dragun appeared overly darkened.

When it comes to appropriating black aesthetics and polarizing behavior, Dragun has some very famous company, from Kim Kardashian and Ariana Grande to Doja Cat and Camilla Cabello. While dragged endlessly, it is essential to note that none of these stars have been fully canceled and hold a constant presence in the media to this day. The controversies, in many cases, have only increased these women’s fame which speaks to what humans love to pay attention to. The ratings for “Nikita Unfiltered” are impressive. According to Parrot Analytics, “Nikita Unfiltered ranks at the 85.9th percentile in the Reality genre. This means Nikita Unfiltered has higher demand than 85.9% of all Reality titles in the United States”. Demand also increased as much as 79.3% within the 30-day rollout, and the show is 100% transferable to other platforms.

On Twitter, Dragun is known for clapping back early and often to any accusations thrown her way. N0tjasmine’s assertion that she uses her trans identity as a shield to play the victim is similar to many accused of appropriating aesthetics of black culture, a common trope amongst white women. Audiences also accused Dragun of additional racist Tweets, which added fuel to the Blackfishing fire. Still, Dragun attempted to debunk these Tweets claiming they were “faker than my a**” on Instagram last summer.

While these may very likely be from a fake account last fall, the real Dragun came under very real fire for a since-deleted Tweet where she asked fans, “what race should I be today?” In season two of “Nikita Unfiltered,” Dragun documents her latest journey in fame, including how her personal life and controversial tweets last fall put a strain on her business relationships and management. She says, “I broke the internet in a bad way.” While Nikita sidestepped explicitly addressing accusations of Blackfishing, she said she recognizes “she needs to listen and learn” after a frank conversation with Lala Milan on her podcast “The Salon with Milan”. Lala emphasized to Dragun that she wouldn’t like the person she sees on social media if she did not know her personally. Dragun says

Dragun said, “I think I was just like so fed up in that moment because people were questioning my own nationality and making a joke out of it…I’ve always taken power away from people who say things like that and spit it back like I can laugh at the joke.” The answer to the episode’s title, “Will Nikita finally apologize?” is kind of, but no. Malin responds, “one thing I can say is that you actually do listen and actually care, and now moving forward, just be aware. That’s one thing that can keep you from getting canceled.”

Episode 5 brings feedback from Nikita’s manager, Jake Webb, on how these actions affected her million-dollar branding deals. Webbe says, “Let’s not have any distractions right now, Right now I’m like so in business mode” and “this is a big moment for us, a big moment for you” and “this is a big moment for your brand” finishing, “the morphe launch is 48 hours.” The Morphe sponsored makeup line “Dragun Beauty” boosted Dragun’s net worth to over $3 million by the end of 2020, making it one of the most successful launches of a beauty line by a trans person yet. Nikita finishes episode 5, saying, “At the end of the day, I’m all about my business. Morphe is such a big retailer and a big power player in the makeup industry. For them to not only take on my brand as Nikita but my brand as Dragun Beauty is like a dream come true, and if it does involve me giving up freedoms in some parts, then I have to do it if it means the success of my business.” Dragun continues by admitting that Webb is justified in his fear of clout chasers and social climbers and his concern that Dragun’s personal life and loose lips will damage their shared business and branding. While Dragun finishes episode 5 by saying, “he’s right” and agrees to tread carefully in who she invites into her intimate circle, only time will tell if the Dragun business mogul will stay aware and out of the spotlight for offensive behavior.

Read Next: 12 Celebs You Wouldn’t Recognize Without Make-Up