Nick Jonas and Priyanka Chopra cozy up during lunch date

Nick Jonas knows a “delicious” snack when he sees it.

Priyanka Chopra shared a hilarious photo to Instagram Sunday of her husband taking a fork and knife to her butt while she was wearing a bikini.

While A-list stars such as Drew Barrymore called the goofy photo “amazing,” it was the reaction of Chopra’s cousin that had everyone losing their minds.

“Jeej! Mimi didi! What is going on here the family is on instagram 😱 ***Tries to hit like button with eyes closed,” Parineeti Chopra commented.

Jonas, 28, reposted the photo to his Instagram Story and wrote, “Perfect Sunday.”

The former “Quantico” star, 39, also shared a solo selfie of her bikini body, captioning it, “Sundays like this tho… ❤️.”

The new photos come as the couple finally have reunited after a long time apart, as Priyanka has been filming “Citadel” in London and Jonas has hit the road with the Jonas Brothers for their “Remember This” tour. 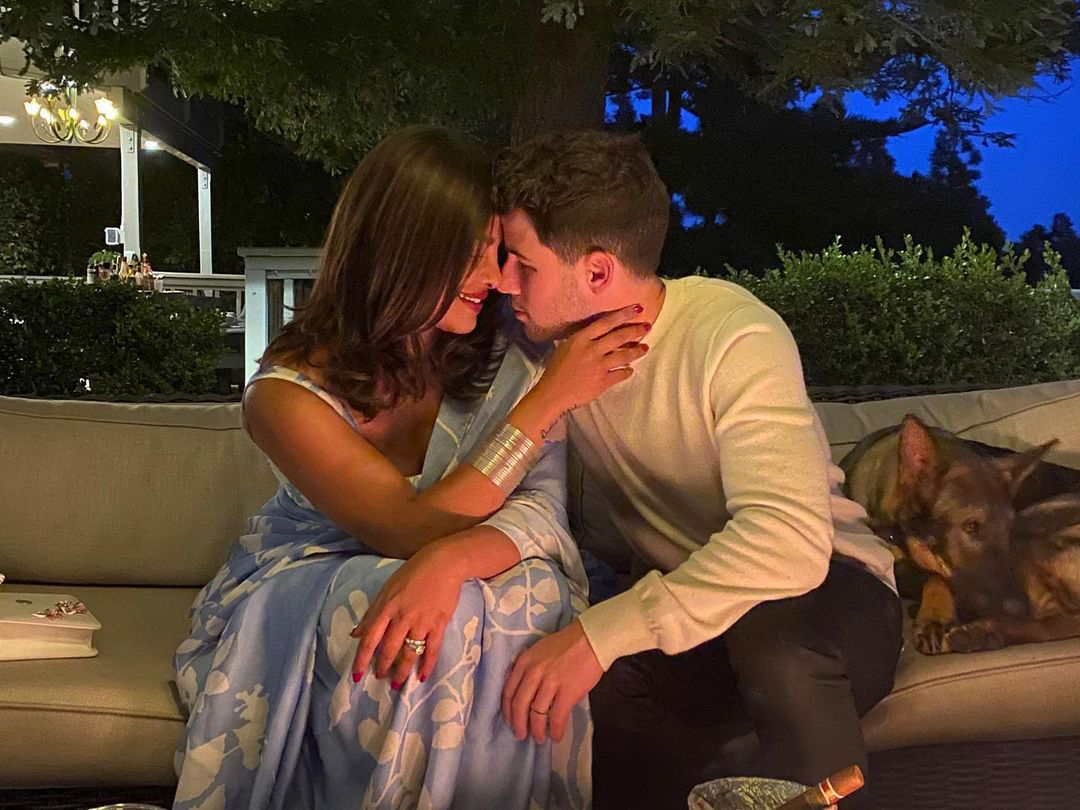 Earlier this month, Page Six obtained exclusive photos of the pair packing on the PDA while at lunch in London with the actress’ mother, Madhu Chopra.

While dining outdoors, Madhu even snapped a few photos of the couple while they embraced, with the “Levels” crooner kissing and cuddling his wife at the table as she captured the moment.