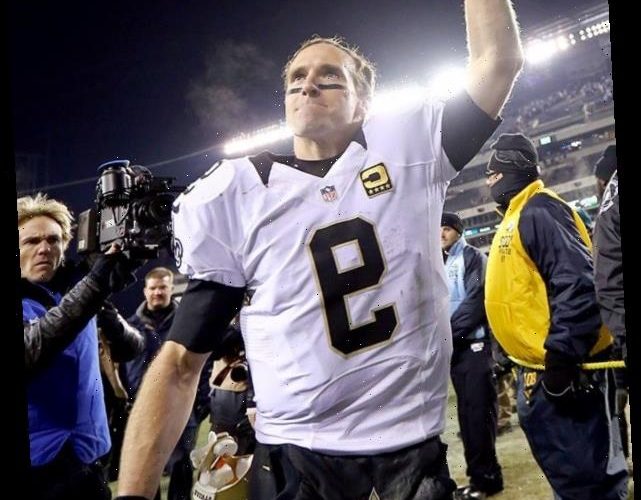 Drew Brees is hanging up his jersey after a 20-year NFL career.

On Sunday, the 42-year-old quarterback, who has been with New Orleans Saints for 15 years, announced that he is retiring from football. Along with a video starring his four children, Brees shared a lengthy statement about his career.

"After 20 years as a player in the NFL and 15 years as a Saint, it is time I retire from the game of football. Each day, I poured my heart & soul into being your Quarterback. Til the very end, I exhausted myself to give everything I had to the Saints organization, my team, and the great city of New Orleans. We shared some amazing moments together, many of which are emblazoned in our hearts and minds and will forever be a part of us. You have molded me, strengthened me, inspired me, and given me a lifetime of memories," Brees wrote.

"My goal for the last 15 years was striving to give to you everything you had given to me and more. I am only retiring from playing football, I am not retiring from New Orleans. This is not goodbye, rather a new beginning. Now my real life's work begins!" the athlete concluded.

Brees led the Saints to a showdown against Tom Brady and the Tampa Bay Buccaneers in the Divisional Round of the playoffs on Jan. 17. New Orleans lost the matchup 30-20.

After the loss, the star was asked whether he was considering walking away from football. Just weeks earlier, he missed four games after suffering a punctured lung and 11 broken ribs.

"I'm gonna give myself an opportunity to think about the season, think about a lot of things, just like I did last year, and make a decision," he told reporters at the time, according to ESPN.

Brees — who shares four children with his wife, Brittany — admitted he was close to retiring after the 2019 season but did not regret coming back for 2020-2021. "I would never regret it. Never," he said. "No complaints. No regrets. Man, I've always tried to play this game with a great respect and a great reverence for it. And I appreciate all that this game has given to me."

"There are obviously so many incredible memories, so many incredible relationships that have come as a result of playing this game," Brees continued. "And, man, you find out so much about yourself and you have to fight through so much when you play this game."

Despite the coronavirus pandemic and the physical setbacks he endured, Brees said he still found joy during the season.

"I probably had to fight through more than I've ever had to in any other season in my career — from injury to all the COVID stuff to just crazy circumstances," he explained. "And it was worth every moment of it. Absolutely."

Brees leaves the field a one-time Super Bowl champion and the holder of a number of records, including the most career passing yards and most career pass completions in NFL history, according to NFL Network.

Brees joined the Saints in 2006 after being traded from the San Diego Chargers, the team that originally drafted him out of Purdue in 2001. He helped New Orleans win their first Super Bowl in Feb. 2010, and was named the game's most valuable player.