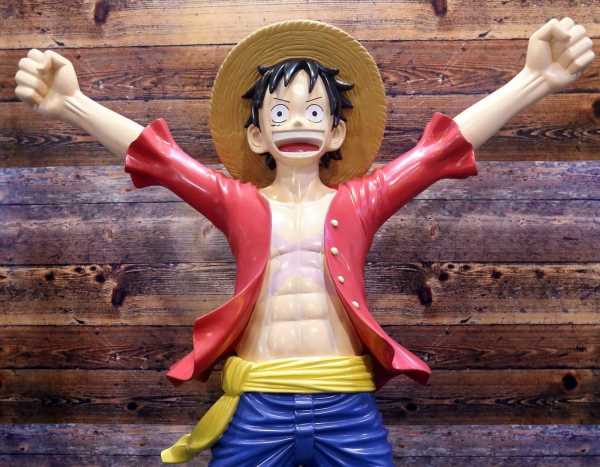 Netflix has officially announced the cast of its live-action One Piece adaptation. On Nov. 9, the streaming service revealed that Iñaki Godoy will take the lead role of Monkey D. Luffy, leader of the Straw Hat Pirates in Eiichiro Oda’s manga and anime series. Meanwhile, Emily Rudd, Mackenyu, Jacob Romero Gibson, and Taz Skylar will appear as Luffy’s pirate gang.

Godoy took to social media to share his excitement for the role, revealing that he’s already started researching One Piece and Luffy. He promised fans that he would work hard to deliver an accurate portrayal of One Piece’s lead character.

Who is Iñaki Godoy, the actor playing Luffy in Netflix’s ‘One Piece’?

Godoy’s casting in One Piece might come as a big break, but this won’t be his first role. According to IMDb, the Mexican actor started in 2016 with Blue Demon and La querida del Centauro. He took on a few more television roles until 2020, when Godoy played Pedro in the film Go Youth! He’s most known for his latest role as Bruno in Who Killed Sara?

In a statement to Variety, Netflix’s One Piece co-writers Steven Maeda and Matt Owens explained that they worked hard to find the right cast members for the series in a “long and challenging” but “fun” process.

“Finding the right people to pull off the looks, emotions, and actions of the iconic Straw Hats was a long and challenging (and fun!) process. Much like the search for the One Piece itself. But we have finally found the perfect fits! They have already begun working very hard to bring these characters to life,” the statement read.

Iñaki Godoy promises he’s researching ‘One Piece’ and his role

One Piece has been around for decades, as Oda first published the manga in 1997. Meanwhile, the corresponding anime series began in 1999 and still runs today. The series will reach its 1,000th episode on Nov. 21. Throughout One Piece’s lengthy run, it has become one of the most popular anime in the world.

When a show has been around for so long, it can be difficult for an adaptation to portray the characters in a way that does the original series justice. Godoy has already recognized that fans might have this fear about One Piece, but he’s assured that he’ll do what he can to deliver a top-notch Luffy impression.

On Instagram, the actor shared an image of himself wearing a One Piece Netflix T-shirt. He surrounded himself with One Piece merch, including copies of the manga and comics, figurines, and even a Luffy Funko Pop.

“I’ve been doing my research on One Piece, and I know how much this means to all of you,” he wrote in the caption. “I wanna let you know I will do my best and I appreciate all the kindness you’ve showed [sic] me. THANK YOU FOR THE TRUST.”

In the comments of Godoy’s post, fans shared their support. Many agreed that Netflix made an excellent casting decision, as the young actor seemed to fit Luffy perfectly.

“Damn! You really fit the role! The energy is [fire emoji],” one user wrote.

“We’re all impatient and excited to see your interpretation of Luffy! I’m glad you seem to understand our attachment to the series. I sincerely can’t think of a better cast,” another person added. “Do your best! We’ll support you. We’re all in this to bring the series to the world in a different way.”

Netflix’s live-action One Piece doesn’t have a release date yet, but stay tuned to Showbiz Cheat Sheet to see the latest production updates.

11/11/2021 lifestyle Comments Off on Netflix's Live-Action 'One Piece' Star Iñaki Godoy Assures He's 'Doing Research' on Luffy: 'I Will Do My Best'
Recent Posts