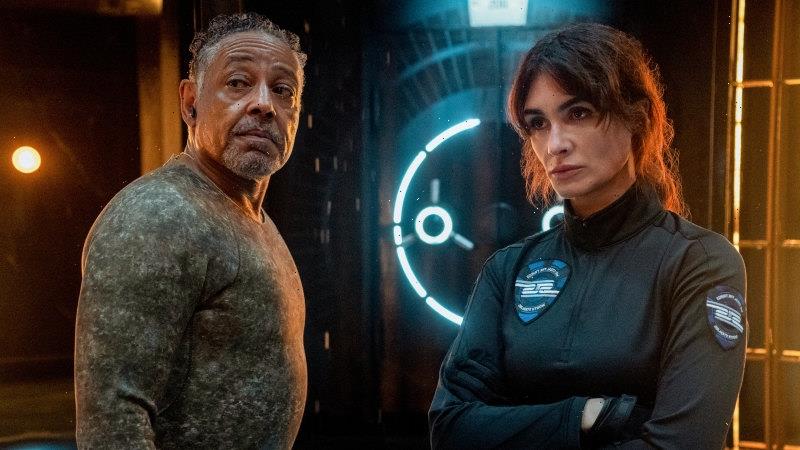 Netflix has never been afraid to max out the credit card at the hype store for its new shows, but it may just have blown its annual limit on Kaleidoscope.

“Throw out everything you know about storytelling, because Kaleidoscope is about to change your expectations,” the streamer boasts on its news/PR site tudum. 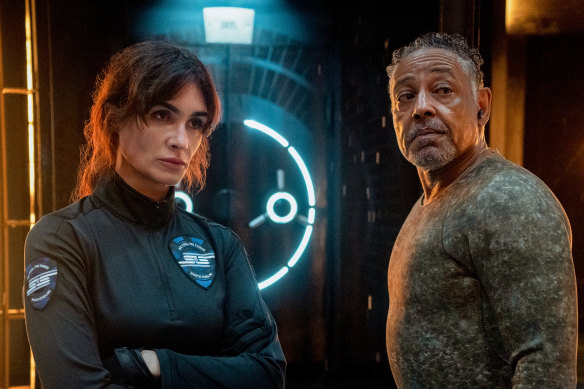 Paz Vega as Ava and Giancarlo Esposito as Leo in the White episode of the watch-in-any-order crime series Kaleidoscope.Credit:David Scott Holloway

“No episode numbers. Watch it in any order. Every viewer has a different journey,” Netflix says on Twitter, labelling the show “a non-linear streaming experience”.

It sounds kinda radical, but is it? Is the viewing experience as bespoke as Netflix suggests? And what of the show itself – is it actually breaking any new ground?

Can we just start at the beginning?
That’s not exactly in the spirit of things, but why not. Kaleidoscope is a crime thriller told in eight episodes, each named (and, to a degree, styled) after a different colour. Netflix claims the first seven episodes are served to viewers “in a different order … but everyone will arrive at the same finale to witness the heist go down”.

Loosely speaking, it sits within a small but growing genre of content on Netflix – interactive storytelling. The streamer has close to two dozen programs in that space, and while most are aimed at younger viewers, a few are clearly built for adults.

The Bandersnatch episode of Black Mirror is perhaps the best known, and Choose Love, a multiple-choice rom-com from Australian director Stuart McDonald (A Perfect Pairing), is due sometime this year.

Kaleidoscope isn’t quite the same sort of choose-your-own-adventure proposition, but by letting viewers select the order in which they watch its eight episodes it does allow for the narrative to unfold in different ways. The sequence doesn’t change what happens, but it does alter the significance of certain moments, and your understanding of what is happening as it happens.

But what is it exactly?
In simple terms, it’s a heist story. An ageing crim (Giancarlo Esposito, best known as Gustavo Fring in Breaking Bad and Better Call Saul) puts together a gang to pull off a major sting. The story spans a period of 25 years, and things get complicated. There are double crosses, there’s an inside man at the bank, but there’s also an inside man on the team, feeding information to the FBI. Or at least it looks that way, but of course motives aren’t always what they seem. 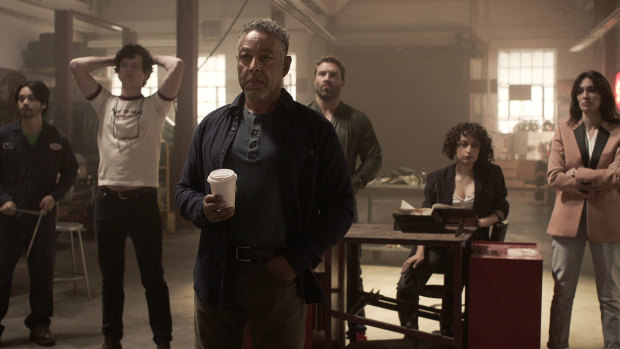 The gang’s all here: (L to R) Jordan Mendoza as RJ, Peter Mark Kendall as Stan, Giancarlo Esposito as Leo, Jai Courtney as Bob, Rosaline Elbay as Judy and Paz Vega as Ava in the Yellow episode.Credit:Netflix

The thing is with a story like this, you never know who’s zooming who until the end. And when you can watch in any order, who’s to know where the end really is anyway.

Wait, are you saying that it’s a show without an actual ending?
Well, Netflix does urge you to watch the White episode last(white being what you end up with when all the colours of the rainbow are blended). But it’s not like they’re going to come to your house and force you to do it.

But is there a best order in which you should watch it?
This is tricky. Netflix does appear to have a default order, which is Yellow, Green, Blue, Orange, Violet, Red, Pink, White (aka YGBOVRPW). But while Yellow seems to be the most common starting point and White the desired finale, some users have reported being served a different starter and others have reported watching a different episode last, without suffering any untoward shock. And the order of the middle episodes can vary even when you do start at Yellow and end with White. 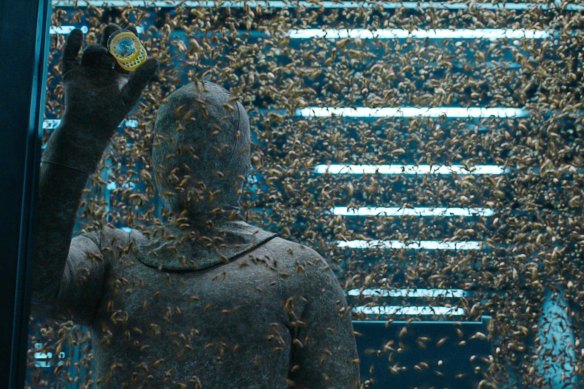 Of course, you can also manually select whichever one you want to watch next, and some users have come up with their own defined sequences, including the Rainbow order (ROYGBVPW), the Reverse order (WBVBGYOR), and Chronological order, in which the narrative unfolds from its start 24 years before the heist and concludes six months after it (VGYOBWRP).

The main thing that will change with each sequence is what you learn when, and the impact that has on the riddle aspect of the show.

What about the show itself – how radical is it?
In truth, not very. Take away the card-shuffling aspect and Kaleidoscope is a pretty formulaic piece of storytelling. Think the Ocean’s movies or even the Fast and Furious franchise and you’re not a million miles off the mark. And when it comes to reverse- or jumbled-order narrative reveals, the heist genre has been playing with those since at least as far back as Stanley Kubrick’s magnificent racetrack robbery film The Killing in 1956.

Creator Eric Garcia is a novelist, whose book Matchstick Men was filmed by Ridley Scott, who is one of the producers of this series. He is also, at a guess, a big fan of Quentin Tarantino. Some of the show’s funnier sequences feature dumb crooks talking about the most unlikely things – like how to save a faltering relationship with the help of a podcast – while sitting around in cars waiting to bump someone. 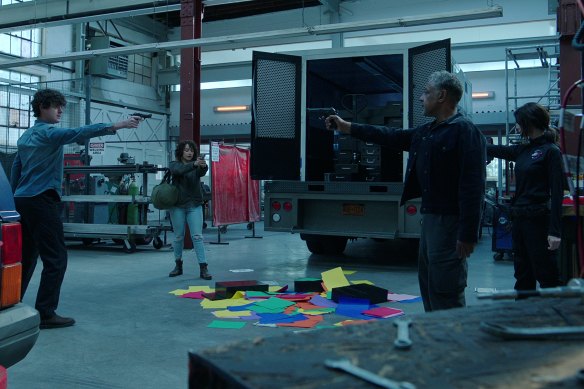 Reservoir dregs: The debt to Tarantino is nowhere clearer than in this scene from the Red episode.Credit:Netflix

In fact, the debt to Reservoir Dogs, Tarantino’s debut feature, is particularly high. The crooks in that were named after colours, just as the episodes are here. The story unfolded in a fractured chronology. There were betrayals, double-crosses, an informer within the gang, and a Mexican stand-off when everything goes wrong. You’ll find all that and more in Kaleidoscope.

Is it worth watching?
If you’re interested in storytelling, absolutely. It’s a fascinating exercise in narrative structure and a demonstration of the role withholding information plays in our sense of pleasure.

The structure, though, does work against you caring too much for any of the characters. And the need to craft standalone episodes that can work in any order robs the story overall of some of the suspense to which it aspires.

Overall, it’s an engaging enough romp that gets bonus points for trying something fresh, even if it doesn’t quite justify the “throw out everything you know” claim Netflix has made for it.

01/04/2023 lifestyle Comments Off on Netflix’s Kaleidoscope: What is it, how do you watch it, and is it any good?
Recent Posts