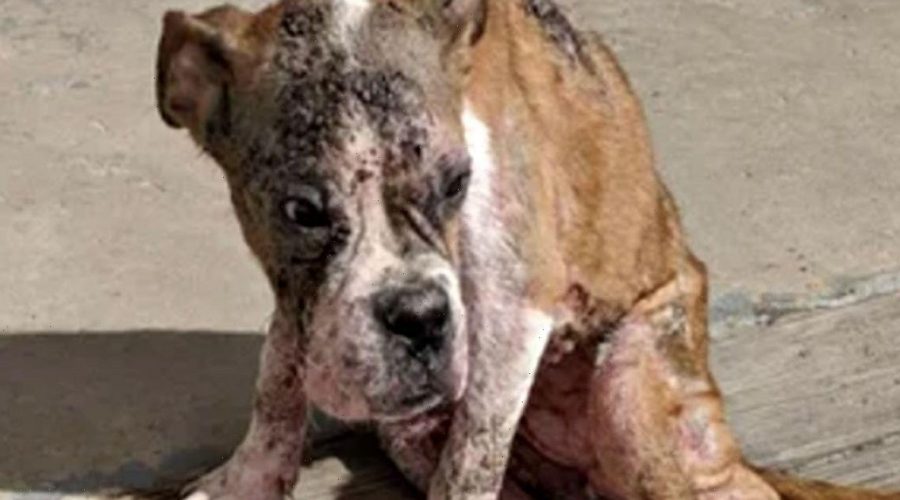 A dog looks completely different after she found a new home when a kind owner took her in.

Heartwarming photos show just how much the rescue dog had recovered in such a short space of time.

In the first photo, the pup looks like it's tired and lifeless before making a recovery in six months.

The two snaps beside the first photo look as though the dog is much healthier with a new burst of energy.

Posting on Reddit, user/mkedwall said: "Our little rescue, less than six months after being saved."

The owner later added in the comments section: "She's the most loving pup, amazing that she could have been neglected like that.

"But she found her way to us."

Since it was shared, the post racked up hundreds of upvotes with dozens of comments.

One doggy lover wrote: "What a beautiful transformation," as another social media user added: "Damn near a different dog. Amazing."

A third fan commented: "Omg what a freaking cutie. Thank you so much for saving her."

While a fourth Reddit user agreed: "The most stunning glow up."

It comes after one Reddit user shared an image of a stray cat which transformed into a "werewolf" due to a rare mutation.

The user wrote on the page: "Got a stray kitten. Thought he was sick.

"Discovered he has a rare mutation called 'Lykoi' better known as werewolf cat.

"Transformation starts 2-4 weeks and finishes at 3-4 months. Here is month one of his transformation."

In the first photo, the adorable little feline can be seen chilling on someone's lap with his beady eyes.

It shows how long is fur is as he comfortably sat on his female owner.

But when you look at the second image, you won't believe it's the same cat.

The second picture shows his fur quite short as he seemed quite reserved when he laid next to his owner's bag.