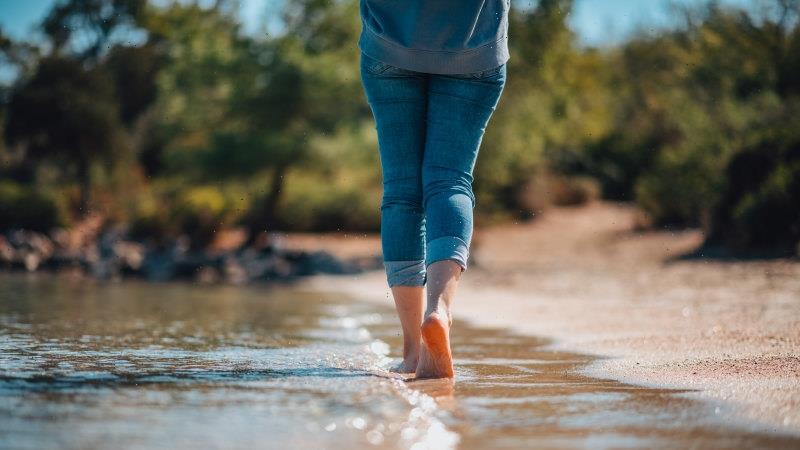 What does it say if for most of your adult life you’ve got the age of your Mum’s death wrong, and while we’re at it, you’re not entirely sure of the date either?

Well, there’s a story here, of course. My mother died a few days before Christmas, more than 20 years ago. She had been terminally ill for a few years and we were estranged. A big part of me getting the dates wrong in later years was the whirl of grief and trauma from that time, and the subsequent blur of blocked out thoughts, the closed door that says, “no thank you, not today”. 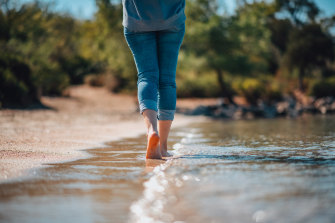 Christmas can be hard if it’s linked to the anniversary of the death of a loved one, but Sarah Thomas discovered that after more than 20 years, it’s still possible to find comfort. Credit:iStock

Grief anniversaries – the date of deaths, birthdays, other occasions – are tricky territory, and coinciding with Christmas, a time when we’re supposed to cherish loved ones, or so we’re told, is an ugly spanner in the works. I always say to friends who are struggling with painful anniversaries, you’re in charge of the power you give to them. And sometimes I even find that to be true myself.

In the corner of my bedroom, in one of the cardboard moving boxes I’m yet to unpack, there is a pyjama set, wrapped in purple shiny Christmas wrapping paper dotted with stars. The pyjamas are nothing particularly fancy, but something you might buy someone as a gesture of comfort, that you hope makes them feel warm, secure and special.

The boxes have been there in this unit for as long as I have – about 10 years. And before that in boxes in Britain, where I’m from. The pyjamas, which were bought for Mum as she lay dying in hospital, sit alongside other things connected to her. There’s a train ticket from the day she died. And the funeral program, which doesn’t mention my sister nor me. I call them the Not Today boxes, because whenever I think of tackling what’s in there, I inevitably think, no, I can’t do it. Another day.

She died of heart and lung disease with hereditary connotations, and the spectre of an early death has been in my world for some time. Instead of turning into a health freak as a way of battling this looming fate, I’ve gone the other way. I’ve been living with the idea that life would be short and a no-regrets policy was the only way forward. But while I’ve been carrying on like there’s no tomorrow, tomorrow is suddenly here.

I have always said she died at 50, but that wasn’t the case. I discovered recently her twin brother had his 70th birthday last year, which didn’t make sense because I was sure she died by the time the millennium came around. Piecing the puzzle together, I realised she would have been 48 when she died, not 50, and it was 1998. The fact that she was ill for at least three years before her death means that I, at 46, have already, unwittingly, arrived in the danger zone.

“The fact that she was ill for at least three years before her death means that I, at 46, have already, unwittingly, arrived in the danger zone.”

But nothing terrible has happened. In fact, nothing is any different at all, so far. I’m thankful I’m not using an oxygen mask like she was at this age, or learning that I need a heart and lung transplant if I am to survive. Outliving or passing the date of a parent’s death is a very strange concept, that there might be a force at work, monitoring your cut-off date like a kitchen timer. In which case, as I write this, I have about 730 days left – ding ding ding! But now that I’m on the frontline of this anniversary and things are OK, its power has dimmed.

Confronting Christmas and her death brings up all sorts of issues. I think back to this time in my childhood and I get a flash of a Christmas tree with blue and green lights, although it’s not a comforting image – it’s one that even now makes me feel scared and anxious and recoil as if bracing myself. There were problems at home then. Years later she remarried and her new partner cut her off from her daughters and others from her family. I hadn’t seen her for years before she died, and although we would speak on the phone occasionally, I couldn’t visit. Any trips were repeatedly cancelled at the last minute, and it got to the point where I stopped trying because I couldn’t put myself through it any more. And then when she got ill, she told me it would be stressful for her if I visited and would make her sicker, which is a cruel sentiment to be telling your daughter when you’re dying, but I suspect not a voluntary one.

That particular Christmas, I still bought the pyjamas. She was being treated on the outskirts of London and at that time I was working in the city, too. Word was trickling through via an aunty that it was increasingly obvious that she wasn’t going to survive. I knew this was it, so f–k it, I thought, I’ll stage a last-minute strike at the hospital.

Then, a strange confluence of events happened. A few days earlier, the temp agency I was working for told me they’d had me on the wrong tax rate and reclaimed the money, leaving me with a totally empty bank account just days before Christmas. Fortunately, I had also been doing a cash-in-hand job in a bar and had some funds in a drawer at home. I’d worked out the train route and the taxi fares I’d need between the station and hospital, brought some cash out and bought the train ticket from a newsagent, with the intention of heading out there after work. It was only a short time later on the tube to work, I realised the shop had short-changed me by 10 pounds, and I wouldn’t have the money for taxis, or any other means of accessing cash. So I couldn’t go. Not today.

She died that night, of course.

So here we are now. Being in the danger zone is forcing me to confront the ghosts of the past, but the zone has less power because I already made it here. This year I feel like embracing Christmas. I’ve put decorations up. The old Christmas songs on the radio make me smile, not flinch. Those pyjamas should, I’ve decided, remain as they were intended, as a gift of love and comfort, not a source of pain. The Not Today boxes are becoming the Definitely This Week Or Maybe Next boxes.

I’ve realised that when the supposed joyfulness of Christmas is linked to grief, what is in our power is taking the time, where we can, to reflect on the good parts of Christmas, the healing moments of humanity where we can find them.

At some point, when we are ready and not a moment before, we can unpack our metaphorical pyjamas and boxes and turn them into things that give us strength, hope and, somewhere along the line, peace.

12/24/2021 lifestyle Comments Off on My mother died at Christmas without my farewell. 20 years on, I’m ready for joy
Recent Posts