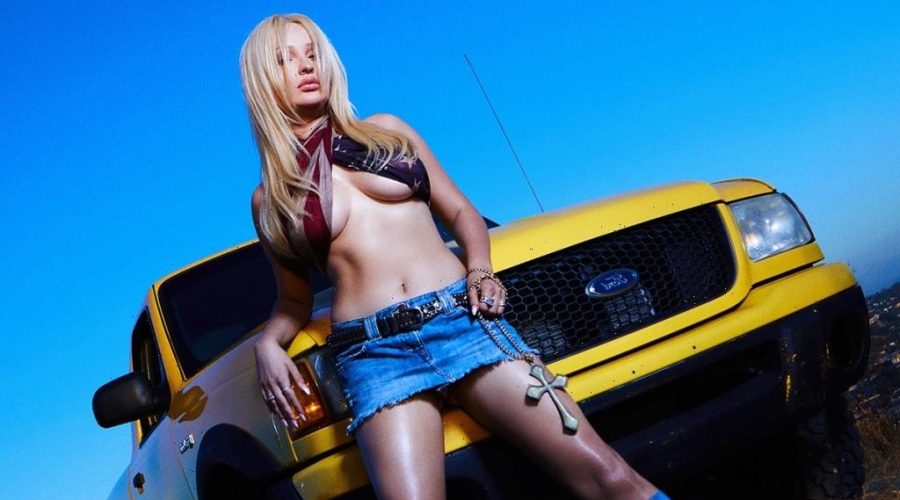 Kim Petras has signed with ASCAP on the heels of her recent collaboration with Sam Smith, “Unholy.” The song is nominated for a Grammy for best pop duo/group performance and also hit No. 1 on the Billboard Hot 100 on its way to racking up north of 300 million global streams. Petras just dropped her latest solo single, “If Jesus Was a Rockstar.”

“Kim Petras is a prolific songwriter and vivid storyteller who has mastered the art of pop hitmaking,” said John Titta, ASCAP EVP of membership and chief creative officer. “Her music and trailblazing journey continue to captivate audiences around the world and she is an aspirational example of what is possible when you follow your own path. As her biggest fans, we are proud to welcome this pop icon-in-the-making to the ASCAP family.”

Added Petras: “The ASCAP team have been incredible advocates for artists, so I’m really excited to join their inclusive community as a songwriter. They’ve been really supportive of me and I’m grateful I can continue my songwriting career with them.”

Sarah Avrin, a 15-year veteran of Girlie Action Media & Marketing, has announced the launch of Charm School Media, a Los Angeles-based music, art and entertainment PR & marketing firm. The company’s initial client list includes Bikini Kill, L7, Palehound, Rozzi, Big Joanie, Mediocre, and others, as well as “False Chronicle of a Handful of Truths,” the soundtrack from the Netflix film by the National’s Bryce Dessner and Alejandro González Iñárritu.

Over her tenure with Girlie Action, Avrin worked closely with artists such as Tori Amos, Santigold, Kathleen Hanna, Bikini Kill, Le Tigre, They Might Be Giants, Donna Summer, Sia, Elliott Smith, Mitski, and many others.  “I am very excited about this new venture and am thrilled to continue my professional relationship with creators that are incredibly meaningful to me,” Avrin said. “I feel lucky to have worked for a strong, female-led company like Girlie Action and would like to thank Felice Ecker for her expert support over the years.”

BMG has announced the acquisition of the rights to the songbook of legendary singer-songwriter Harry Nilsson, known for such hits as “One,” “Coconut,” “Jump Into the Fire,” “Gotta Get Up,” “Me and My Arrow” and many more. The deal includes Nilsson’s publishing catalog, as well as artist and writer revenue streams of his hit songs, which include hits he did not write such as Badfinger’s “Without You” and Fred Neill’s “Everybody’s Talkin’.” His song works also includes collaborations with John Lennon (“Mucho Mungo/Mt. Elga” and “Old Dirt Road”), Dr. John and Ringo Starr. Terms of the deal were not disclosed.

BMG will also begin collaborating with the Nilsson family in exploring creative opportunities for their creative assets such as the film “The Point!” story and name, image, and likeness including film, television, theatrical stage productions, books, and further areas of business.  The Nilsson’s team was led by John Rudolph of 1.618 Industries, Inc. (formerly Music Analytics, a leading music IP advisor) with counsel provided by Jason Karlov and Amanda Taber of Barnes & Thornburg.

The Nilsson family said, “We are delighted to have found a partner that shares our love and reverence for Harry’s legacy. We look forward to a long relationship with BMG, working together to celebrate this true genius of pop music.”

Thomas Scherer, BMG’s President, Repertoire & Marketing, Los Angeles and New York, said, “For generations, Harry Nilsson’s timeless music has captivated millions of people all around the world. A brilliant songwriter with an exceptionally beautiful and unique voice, we will ensure his spirit thrives for generations to come. We are honored the Nilsson family chose BMG to entrust as the custodians of his musical legacy and are proud to represent the cherished works of Harry Nilsson.”

+ Grammy-nominated artist Masego has signed a publishing administrtion agreement with Downtown Music Services. He has released three EPs, the most recent of which, “Studying Abroad,” was nominated for a best progressive R&B album Grammy Award.

On the new partnership, Masego said, “Sarah McCann is the reason why I chose to work with the publishing company. Through her, I saw that Downtown and me shared a similar vision of creating global, unique, and impactful art.”

Since its inception nearly 40 years ago, more than six million people from New York City and around the world have attended SummerStage concerts. Not limited to the Rumsey Field shows, the organization presents free performances throughout all five boroughs of New York City, and works with promoters to present benefit events in Central Park.

“We are thrilled to partner with Live Nation for our 2023 and 2024 SummerStage benefit concerts in Central Park,” said Heather Lubov, Executive Director of City Parks Foundation. “These ticketed concerts help support our free performances in parks across New York City. Live Nation has a fantastic roster of artists whom we are certain will follow in the SummerStage tradition by including some of the most important legacy artists and today’s hottest young musicians, attracting New Yorkers of all ages, while also helping raise money to keep the majority of our festival free-of-charge for everyone.”

+ PR vets Bailey Sattler and Stephanie Marlow have launched Another/Side, a new creative and public relations agency. According to the announcement, the new company “will focus on where the underground and mainstream culture collide.” Over the years, Sattler (a veteran of Grandstand Media) and Marlow worked with artists including Sheer Mag, Cave In, Myrkur, Chelsea Wolfe, White Lung, Sunn O))) and more.

The company also announced that Bryan Roberts has been named VP of A&R and label acquisition. Based in New York, both Drexler and Roberts will report to ADA worldwide president Cat Kreidich. Drexler began her career in the music industry in 2014 at Sony Music’s RED Distribution before transitioning to the Orchard. She holds a J.D. from Northeastern University School of Law. Roberts joined the company earlier this summer having previously held multiple roles at the Orchard.

Kreidich said, “MaryLynne has a stellar reputation. She’s exactly the type of executive you want in your corner – an expert negotiator, dealmaker, and big picture thinker, she always puts the music and the artist first. With her at the helm, we’ll continue to craft deals that attract the brightest talent and set us and our partners up for long-term success. And I’m happy to welcome Bryan to the team – his relationships and unmatched creative instincts will be a gamechanger. With these hires, we’re in a great position to take ADA to the next level.”

+ Warner Music has promoted Bob Workman to the dual role of SVP of international brand partnerships and general manager of WMX UK.  In his new position he will report to WMX president Maria Weaver and work closely with WMG president of international, recorded music Simon Robson.

Weaver says, “Bob has a brilliant track record in a business that can sometimes be complex and sensitive.  He has a real feel for both artists and brands and knows when a project is right for both.  We’re keen to get to work expanding our presence in key markets and working with brands wherever they’re headquartered to deliver even more value for our artists.”

She has previously worked as a journalist/ editor and music producer. In her new role, Deahl will serve as “a prominent cultural liaison, highlighting the division’s impact on the future of the music industry and surveying industry changes to drive conversations and build connections,” according to the announcement.

She most recently served as editorial director at Output and previously held roles at the Verge, Nylon, DJ Mag and other publications.