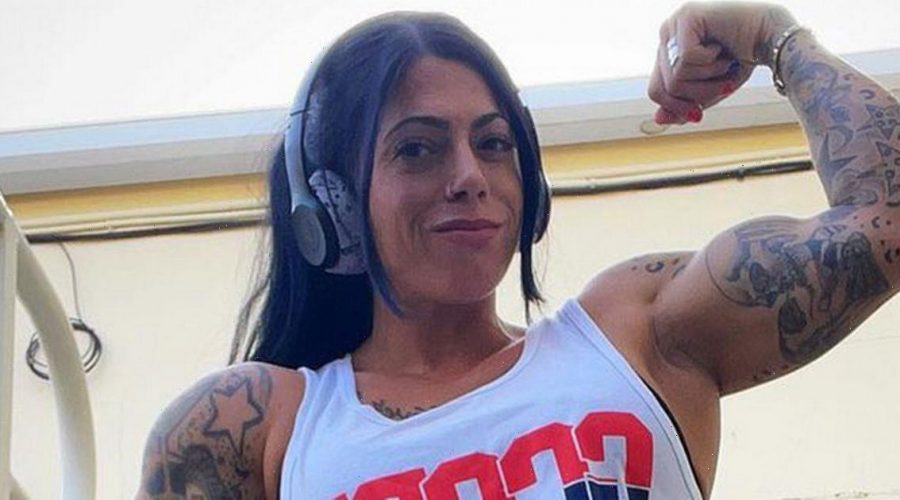 A super fit bodybuilder battled an alcohol and drug addiction before she became a professional fitness freak and proud mum.

Nicole Sullivan is an IFBB (International Federation of Bodybuilding and Fitness) professional, competing in figure competitions where she flexes her toned physique.

But, despite working out every day and managing the stresses of being a mum to her young daughter, Nicole didn’t always maintain such a healthy lifestyle.

Speaking candidly in an interview on the Seriousness and Silliness podcast, the professional bodybuilder revealed that she had once battled with addiction issues.

Nicole began by explaining how she used to hide her past, before sharing her story with the podcast’s listeners in the hope of inspiring others facing similar struggles.

“I basically was an alcoholic drug addict for years. I started go-go dancing at the age of 15 or 16,” she remembered.

“I had a rough childhood, a lot of trauma and mental health battles, and I just fell in love with that nightlife lifestyle, and tried my first drug and that was it, I found my escape and there was no looking back.”

Despite the trauma that followed, Nicole admitted that her dangerous lifestyle had been “fun” at first, but remembered that it had soon begun to overwhelm her.

“My mum thought that I was living with my friend, but I was living in my car. I had different apartments and didn’t pay bills, so I had cold water and no electricity, and would go to bed with jackets and winter hats,” she recalled.

“I didn’t see anything wrong because I was fine, as long as I had my coke bag in my bra.”

Nicole’s addiction issues were soon exposed to her parents by her friend, and she threatened to send her to rehab before the now-bodybuilder bounced around between family members.

Eventually, Nicole met her husband who was also recovering from his own substance abuse issues, and she described how he had helped her become clean, revealing that she no longer touches drugs or booze.

She continued: “I didn’t realise that I had a problem, I guess when you’re an addict you try to justify it, you try to make it seem like you’re not but you are.

“He helped me realise and I got help, and fast forward, I’m coming up on eight years clean.”

As it turned out, Nicole’s husband also inspired her to take up bodybuilding, when he encouraged her to start going to the gym and work on her health.

She explained: “I became addicted to the gym but it was a healthy addiction, and I still am. I need it for my mental health, the muscles are just extra.”