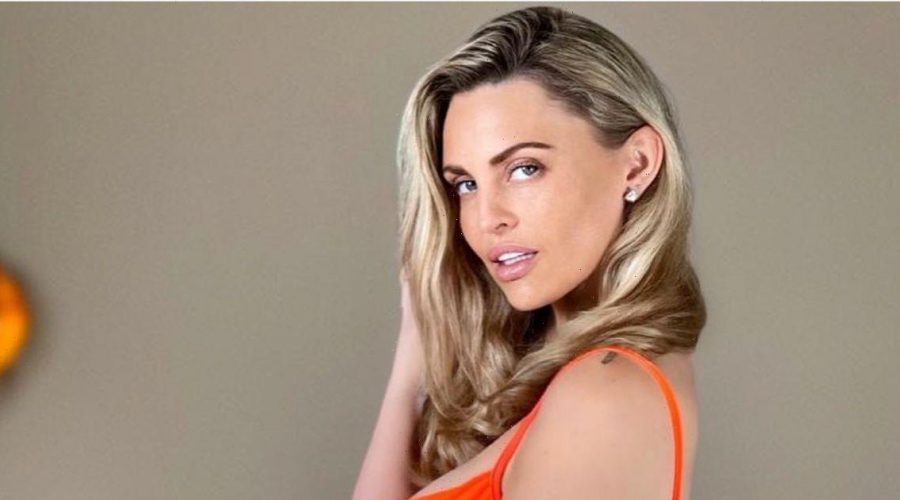 Carla Bellucci has been raking in a fortune on OnlyFans since she started posting pictures of her bump.

The 39-year-old, from Hitchin, Herts, has made more than £40,000 by sharing saucy snaps on the adults-only platform in recent months.

And one fan has even offered to pay her £10,000 to live-stream when giving birth.

The mum-of-three plans to put all this extra cash to good use too.

Carla is splashing out more than £15,000 on a lavish gender reveal party.

There will be more than £4,000 worth of food at the luxurious bash, which the glam model is throwing at her house.

Private cooks and mixologists have been hired to cater to guests’ every need.

And other ostentatious extras include sweet trolleys, stacks of Champers and a fancy gazebo.

Carla told the Daily Star: “We are having a gender reveal in our house as we are fortunate enough to have a big house.

“We have hired two private chefs, plus two bartenders, which is costing over £4,000 with food.

“There will be candy carts, Champagne walls, a personal photographer and videographer.”

Carla continued: “There will be an £800 four-tier cake, a DJ to play throughout a day and also a dome just in case of the weather…

“We are currently trying to book a plane to come over with a sign to reveal the gender on the day too.”

The model and influencer doesn’t have any qualms about splashing the cash on the occasion.

She said: “There is no budget – or no expenses spared – we are using the OnlyFans money.

So how is Carla raking in so much cash?

She says there’s a “massive fan base” for mums on OnlyFans.

Previously, she told us: “I made over £3,000 the day it came out about my pregnancy.

“Men want to see my bump and they are excited about me growing.

“I have had requests for my breastmilk, which I find totally random and didn’t even know was a thing. Shocking!”

Some have criticised the OnlyFans star for cashing in on her pregnancy, but she doesn’t let it faze her.

She said: “I know people are going to go crazy but I’m a businesswoman and I need to make money… I am my business.”

Carla has grown a thick skin ever since she went viral for blagging a nose job on the NHS.

There was uproar when she admitted to “faking depression” to get the cosmetic surgery for free – but the mum has managed to shrug it off.