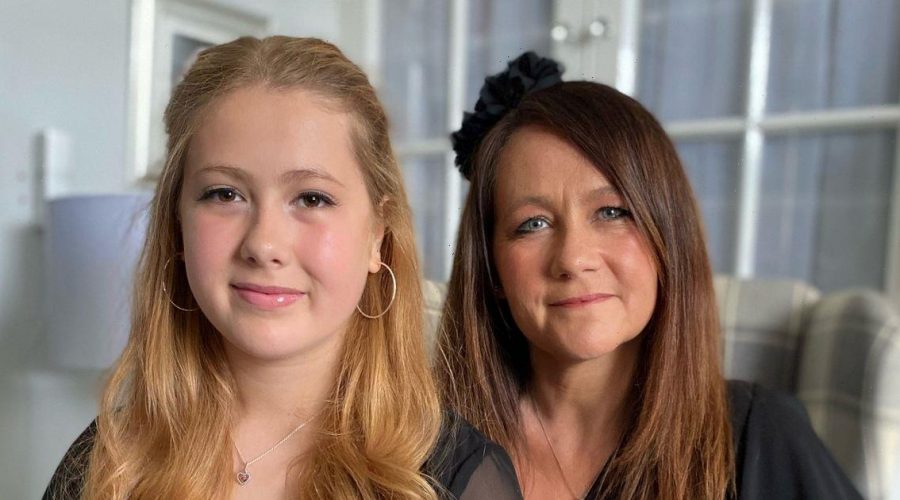 A mum has taken an identical photo of her daughter on her first day of school every time for the past 10 years.

Dagny Barnett, 53, has kept the tradition alive for a decade as she takes a snap of Chloë striking the same pose since she was four.

The parent says she's very particular about how her 14-year-old daughter must pose for the annual record.

Now as Chloë will begin Year 10, Dagny will be the photographer yet again to record the important moment.

She takes pride in her "precious" daughter, who she had after a seven-year ordeal that included several rounds of IVF.

The mum now has a catalogue of Chloë's transformation from a chubby-cheeked youngster to a grown-up teenager.

She said: "It's just nice to see the difference each year of how much she's changed.

"The hairstyle and other bits have all changed over the years.

"She's gone from a very chubby-cheeked nursery child to a grown-up girl."

The stay-at-home mum has strict rules for how Chloë must pose, side-on, smiling and in school uniform, outside their home in Surrey.

In the first batch of snaps it shows Chloë from the age of four to 11, while the second documents her time at secondary school.

"Seeing the old pictures is such a lovely memory of her junior school years."

The mum's photos come just days after Brit parents sent their little ones back to school across the UK.