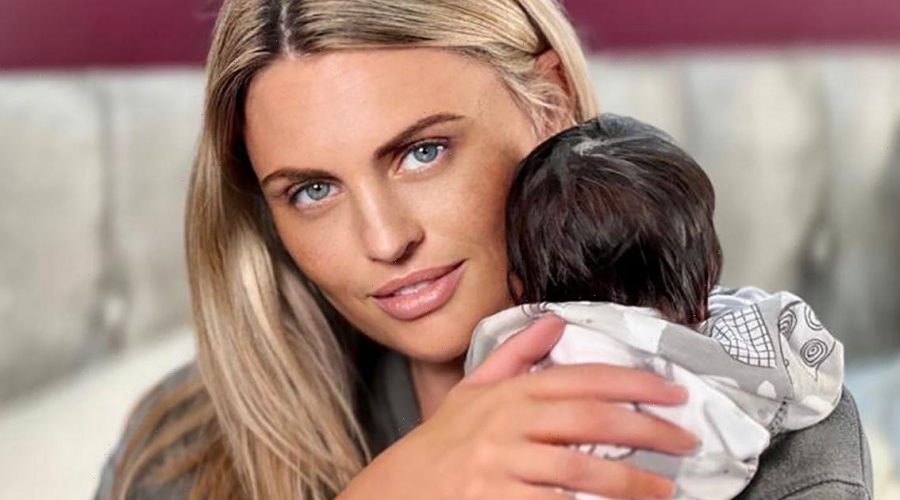 A woman has apologised for blagging a free nose job after NHS staff saved her life during a traumatic childbirth.

Carla Bellucci almost bled out on the operating table moments after her daughter Blu was born last month.

The 40-year-old stopped breathing for two minutes and 45 seconds and said she ‘almost died’ after a hellish C-section.

She is now suffering from PTSD and said she now regrets taking the NHS for granted.

In an exclusive interview, she told the Daily Star: “When you come that close to dying and realise it can all be taken away from you, you just appreciate things in a different way.

“With the nose job, I just think maybe I was a bit of a tw*t to go through all that just to make my nose a bit straighter.

“I am really thankful to the NHS because they did save me and my baby’s life and I know that’s hypocritical coming from me.”

The mum-of-three became infamous and was labelled ‘Britain’s biggest blagger’ after faking depression for a free nose job worth £7,000.

But after her near death experience, Carla said she is now seeing a therapist and is suffering from PTSD .

She added: “People will come at me but this really has made me value my life differently to the point where I am thinking f*** that to cosmetic surgery now… I won’t be getting my t**s redone unless they burst and I have to.

“I will never put myself under the knife again.”

Carla, from Hitchin, Herts, is now recovering at home with her little girl, Blu, who is healthy.

During the pregnancy Carla sometimes made up to £20,000 per month by flaunting her baby bump to fetish lovers on OnlyFans.

She said her explicit page “went through the roof” and that all her new subscribers have stuck by her post pregnancy.

Reflecting on the horror birth, she said a c-section was the safest option because her baby was so small.

Blu was born on September 27 weighing five pounds and everything seemed to be going to plan.

Carla remembered: “My partner was filming and Blu was pulled out doing the Lion King pose and everything was all good.

“I was just desperate for her to be OK and I remember being worried with how tiny she looked but I never considered something could go wrong with me.

“Then within literally 30 seconds I started to bleed out because my uterus wasn’t contracting properly and everyone was rushed out of the room.”

Carla continued: “The heart machine was going down and I could feel myself losing consciousness. They even asked me if I wanted to say any last words to my partner who was waiting outside.

“I could see the panic on people’s faces. I got a bit tearful and I said to this really nice doctor that I’m not going to make it.”

Carla said she was then put to sleep as the medics desperately tried to stop the bleeding.

She lost three litres of blood and needed five blood transfusions to save her life.

Carla woke up hours later still thinking she was pregnant and fearing she’d been in a car crash.

The mum didn’t have the strength to hold her newborn but she said she was relieved that her daughter was OK.

She is now sharing her story to thank the staff at Lister Hospital in Stevenage.

Carla added: “I am so grateful and because of them I can now see my kids grow up.

“I will be forever thankful for that, they really are amazing.”

She added: “I know people will come and say ‘oh she should have died’ but people are just sick.

“I actually got a message today saying ‘I hope you die’ and I thought ‘ha, well I nearly did’.

“After what I went through I just appreciate life much more now. I don’t live in regret but I definitely wouldn’t have got my nose job if I had gone through that pregnancy beforehand.”

Carla is still pumping out content on OnlyFans where she is making thousands from being a “yummy mummy”.