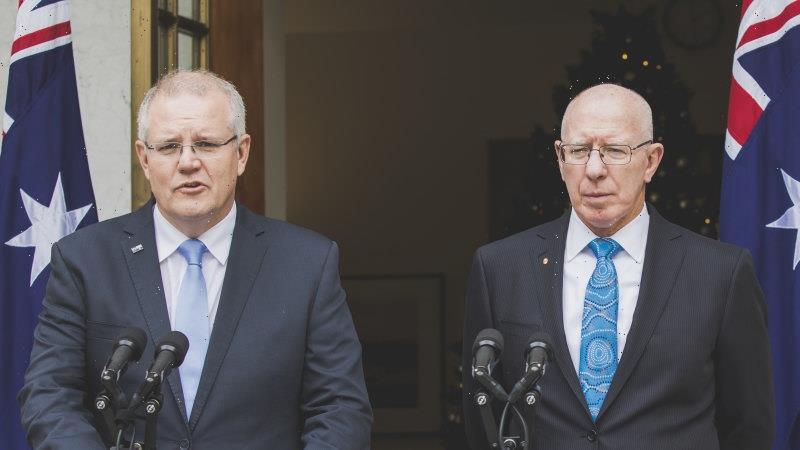 A government MP has taken the extraordinary step of suggesting Governor-General David Hurley’s position may be untenable because of his role in secretly appointing former prime minister Scott Morrison to five extra ministerial portfolios.

But legal expert Greg Craven says it was Morrison who had “violated a basic constitutional precept” by bringing the governor-general and the Crown into disrepute. 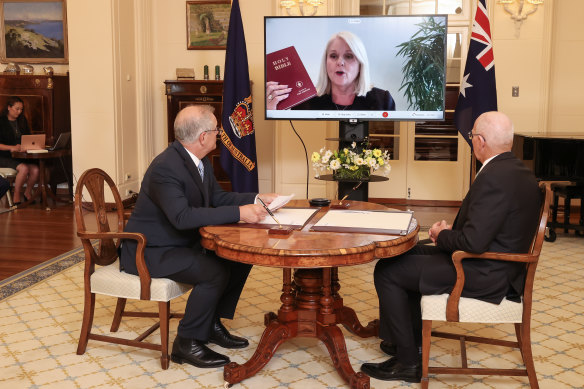 It was revealed on Tuesday that Morrison had been jointly appointed to oversee five departments – health, finance, home affairs, treasury, and industry, science, energy and resources – during 2020 and 2021 without the knowledge of most of his senior ministers, including some whose responsibilities he took on.

Labor member for Bruce Julian Hill said Morrison was ultimately to blame, but he had “embroiled the governor-general and his entire former cabinet” in the saga.

It is extremely rare for sitting MPs to criticise the governor-general. It is also unclear whether, and to what extent, Hurley did question the then-prime minister before proceeding with the secret ministerial appointments.

“The governor-general seems to have effectively participated in a scheme that misled the cabinet, the parliament and the public as to the allocation of ministerial power,” he told The Sydney Morning Herald and The Age.

“While I like and respect the man, I’m struggling to see how the governor-general’s position remains tenable.

“At the very least, the entire dodgy fiasco must be the subject of a serious inquiry which surely must include evidence from and regarding the role of the governor-general.”

“The governor-general is not just a rubber stamp. They have a Constitution to uphold,” Turnbull said on ABC radio.

Turnbull said if he had attempted to secretly appoint himself to a ministry, neither former governor-general Peter Cosgrove nor his own senior staff would have allowed it.

One conservative Liberal MP also said there were serious questions about the role of the governor-general in the secret appointments, which is yet to be fully revealed.

“Did he report this to the Queen? Did he get advice from outside to know if what was being asked was actually legal?” they said on condition of anonymity.

But Prime Minister Anthony Albanese backed Hurley, saying the governor-general should act on advice from the government of the day.

“It’s very clear here that the responsibility for this undermining of our parliamentary democracy rests with those people in the Morrison government – including the former prime minister – who were a party to this,” he said.

Craven, a former vice-chancellor of the Australian Catholic University, said it would have been a bigger scandal if the Queen’s representative did not accept the advice of the government.

“David Hurley is completely innocent in this entire saga. He did exactly what he was meant to do,” he said.

But while Morrison had not done anything unconstitutional or illegal, Craven said the former prime minister was responsible for the questions about Hurley’s position.

“He’s violated a basic constitutional precept, which is that responsible ministers have a duty to protect the Crown and not make it a subject of political debate,” he said.

“That’s exactly what Morrison [has done] – effectively put the governor-general in a position where his actions are being wrongly questioned. And that’s a major problem and Morrison is responsible for that.”

University of NSW law professor Rosalind Dixon said she had a great deal of respect for Hurley as governor-general, but he should offer more details about how he satisfied himself that proper arrangements were made for the two-minister model to work.

“It may be that the governor-general did ask questions … but if he didn’t, then questions should be asked about whether he still retains sufficient public confidence to exercise his constitutional responsibilities,” she said.

The Australian Republican Movement has seized on the controversy, saying it showed why the appointment of the head of state should be independent of the prime minister.

“The prime minister would never act in a situation like this because the governor-general was acting on their advice. And if the Queen acted she would spark a constitutional crisis,” national director Andy Biar said.

“It would take an extremely courageous governor-general to push back against a prime minister who appointed them and could sack them at any time.”

Albanese is taking advice from the solicitor-general about the legality of the arrangements and how the loophole that allowed it to happen secretly could be fixed. This could be as simple as mandating all appointments be published in the government gazette.

Constitutional law expert George Williams, from the University of NSW, said it was a basic feature of good governance that the public and parliament knew who their government and ministers were.

“There are fundamental integrity issues at stake,” he said.

“You’re in uncharted waters if you’ve got two people exercising the same powers. And if they do so in a contradictory way, it’s not clear how you would resolve that.”