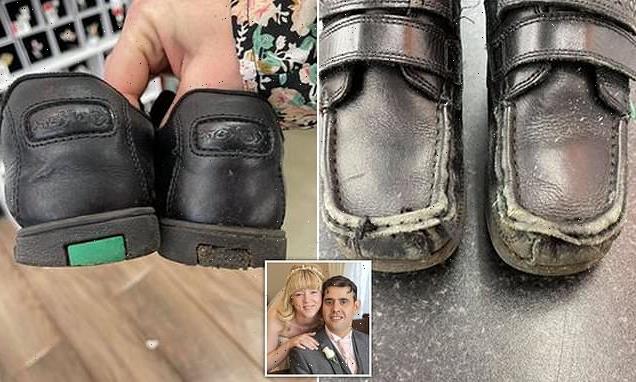 A mother who was stunned after her son’s new school shoes fell apart within days of being worn has become locked in a dispute with the retail chain refusing to give her a refund.

Dominique Scully, 32, from Bradwell, spent £74 on two pairs of children’s Kickers for her young sons from Wynsors World of Shoes, in Hanley, after seeing them on an advert.

She claims five-year-old Adam’s shoes started to wear out within days of him returning to school in September, and took to Facebook to warn outhers not to buy from the store. 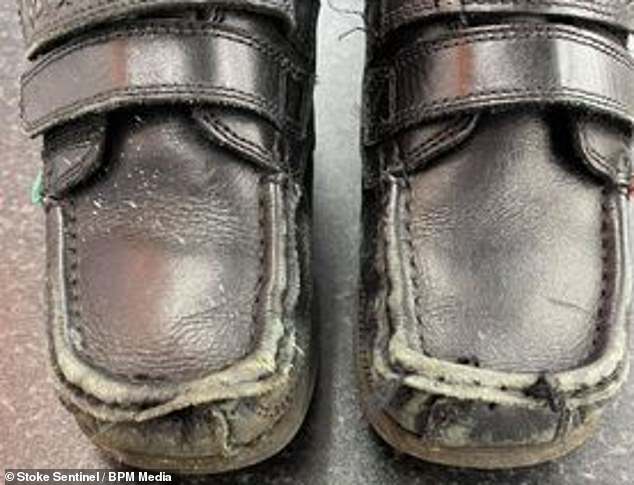 Dominique Scully, 32, from Bradwell, has accused Wynsors World of Shoes, in Hanley, of refusing to give her a refund after the shoes (pictured) she bought for her son fell apart 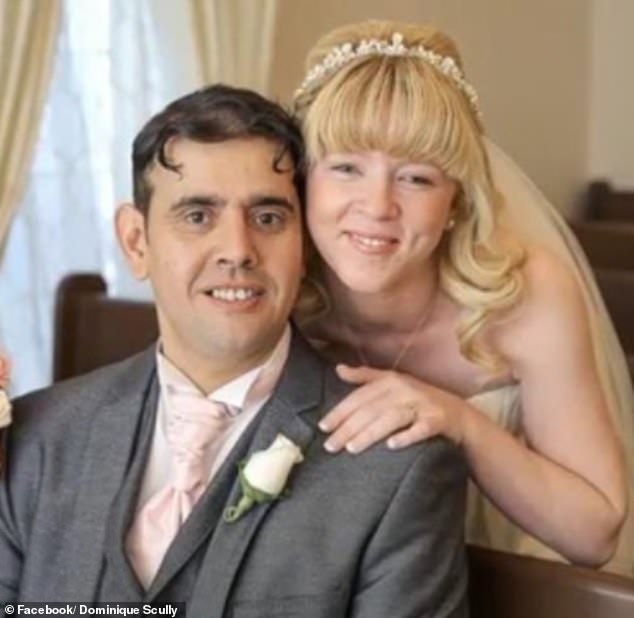 Dominique (pictured, with husband) claims her son Adam came out of school with holes in his shoes, within days of starting to wear the Kickers

Dominique explained that she bought the shoes just before the start of the 2021/22 academic year.

‘Adam came out of school with two holes in his shoes. All the stitching had come out of both the front of the shoes,’ she said.

‘I’d just chucked his pair from Clarks away a week before he started school – and they had lasted him all year. 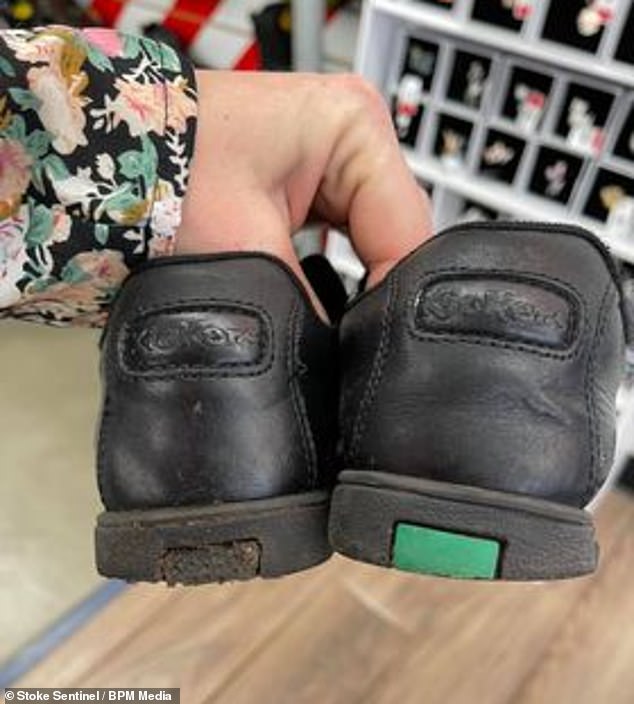 Dominique said Wynsors World of Shoes, hasn’t given her a refund and will not replace the damaged shoes (pictured)

‘I’ve bought stuff from there before and it’s been fine. I couldn’t believe it.’

Dominique said the shop has sent the shoes to its quality control team. But the complaint remains unresolved and the shoes are still in the shop.

Dominique added that Kickers has told her the dispute is between her and the store.

The mother-of-two said: ‘The shoes have the red and green tags at the back – and even one of those had come out as well. They were really worn down.

‘I am shocked and for them to tell me they are not going to give me a replacement or refund is disgusting. It’s not right. I want a refund. I’ve had nothing.’

A flood of responses to Dominique’s complaint have argued children scuff their shoes, while suggesting she uses a protector on her son’s shoes

Dominique took to Facebook to urge others not to buy shoes from Wynsors World of Shoes, however not all responses agreed that she should be given a refund.

One person wrote: ‘What a boy scuffing his shoes, who ever heard of that before! I would never have bought anything for a child as it is going to happen, but you could always polish them everyday like we used to… they go to school looking tidy, but they will look like that when they come home again.’

‘I get the same Kickers every year for my five-year-old from Wynsors. Those one on the picture are not a few weeks old, even the ones I have from last year don’t look that bad,’ another said.

MailOnline has contacted Wynsors Wold Of Shoes for comment.