A mother has slammed online retail giants Amazon and eBay for allowing ‘Israeli soldier’ costumes for children to be sold on their sites.

The fancy dress outfits, which feature a green khaki jacket, trousers and belt and a red hat, appear to resemble uniforms worn by members of the Israel Defence Forces (IDF).

American retailer Walmart already took the decision to remove the fancy dress outfits from its stores after previously coming under fire, and now parents are demanding Amazon and eBay do the same in the UK.

Mum of four Helen Baker from Fife, Scotland who is now boycotting the companies until they stop listing the costumes, tweeted Amazon directly, saying: ‘This is a truly horrific costume to be available on your site aimed at children.’

However, the costume is by no means the only questionable ensemble on offer this Halloween with websites selling everything from an Oscar Pistorious costume complete with a toy gun, to a ‘sexy Muslim’ costume for women with a mini dress and niqab. 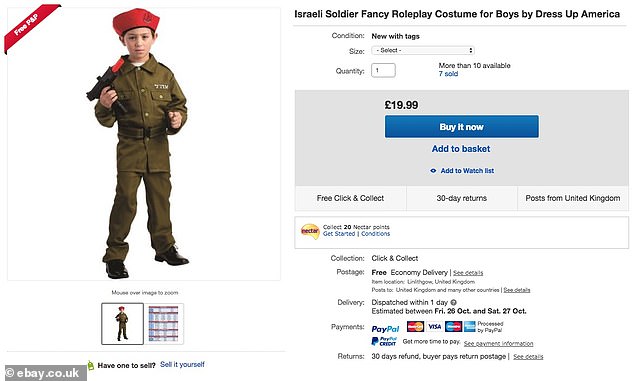 Helen Barker from Scotland has slammed online retail giants Amazon and eBay (pictured) for allowing ‘Israeli soldier’ costumes for children to be sold on their sites. 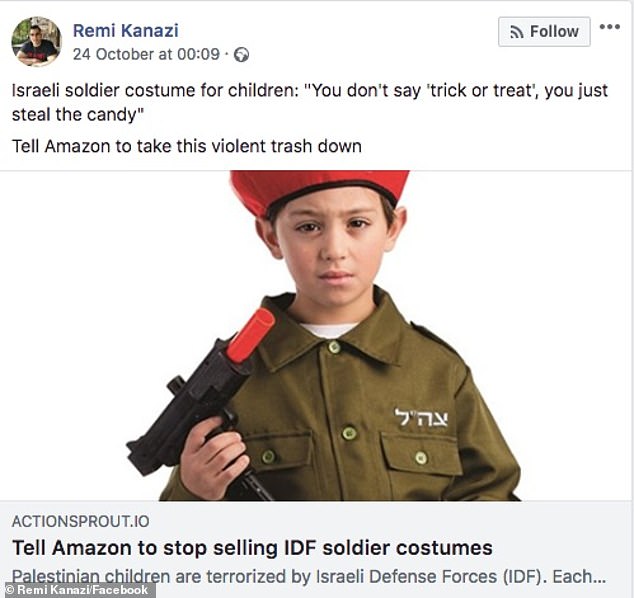 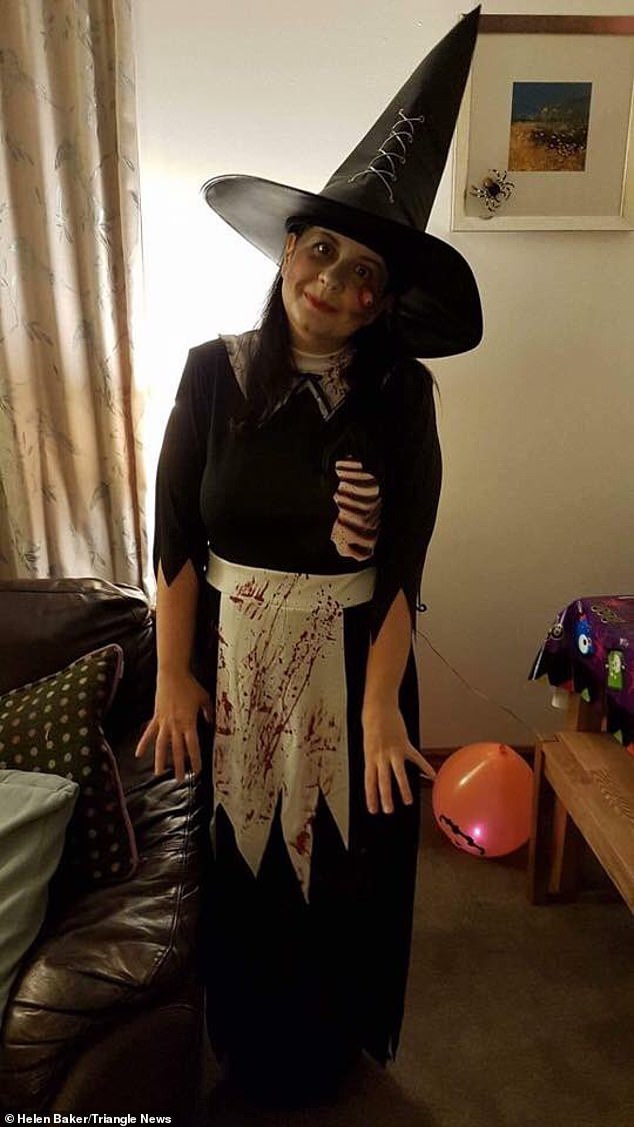 Helen Barker from Scotland, pictured, said she’d be horrified to see a child in the offensive costume and has vowed to boycott eBay and Amazon until they take it down

The 41-year-old veterinary pharmaceuticals worker said she would be ‘horrified’ to see a child dressed in the outfit.

‘I have three boys, aged six, 10 and 15,’ said Helen. ‘I would be horrified to consider that for one of my children or to see another child wearing it to be honest.

‘Just given what the Israeli Defence Force stands for at the moment – there were what 40 children killed since the end of March – so to dress a child up in something that represents the death of other children just seems horrific and in really bad taste to me.

‘I’m surprised that Amazon would have something like that up for sale.

This £10 creation from Ali Express is describe as a ‘sexy Arab’ adult costume with a ‘muslim scarf’. Simplyfancydress.co.uk is selling an Oscar Pistorious costume complete with the former athletes prosthetic blades and a toy gun 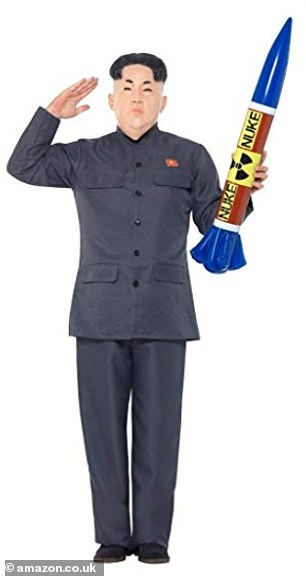 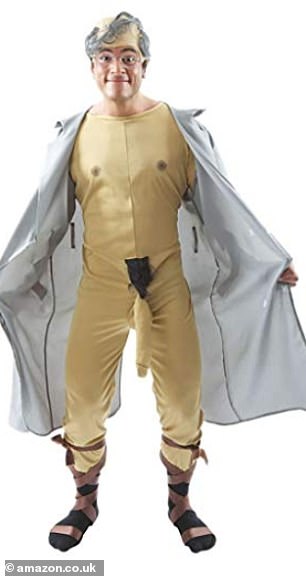 Bad taste: Amazon is selling a Kim Jong-un costume for £29.99, which comes with a mask of the North Korean leader’s face and an inflatable nuclear missile. This ‘Dirty Old Man Flasher’ costume, £25, also from Amazon, has already come under fire for minimising the impact of sexual violence

‘The same costume was removed from Walmart in America so I’m surprised that Amazon haven’t yet reacted to that. It’s just in very bad taste, it’s not very nice for children.

‘I do use Amazon quite a lot and it’s quite convenient for mums because you can use the Prime delivery.’ 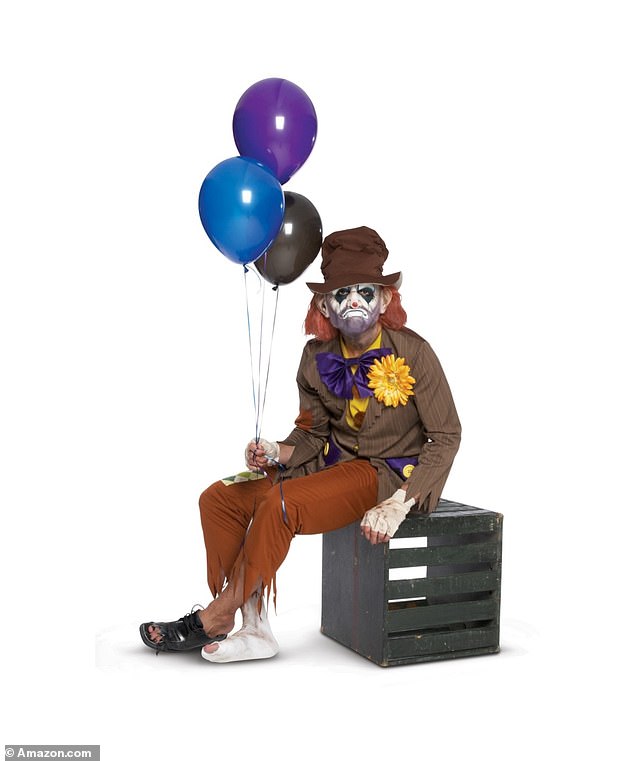 Stick to dressing up as a ghost! The ‘Hobo Nightmare Adult Costume’, $56 from Amazon, could be seen as mocking homeless people

Costumeish.com has somehow managed to put a sexy spin on a nurse fighting the Ebola outbreak. It’s also selling an ‘Illegal Alien Adult Costume’ for $49.99

The description reads: ‘Let’s Defend the Country! Be part of the Elite IDF Military with this realistic looking costume!’

Helen said she would be boycotting Amazon and eBay until the products are taken down.

‘There’s a petition going round asking Amazon to reconsider its sale,’ she added. 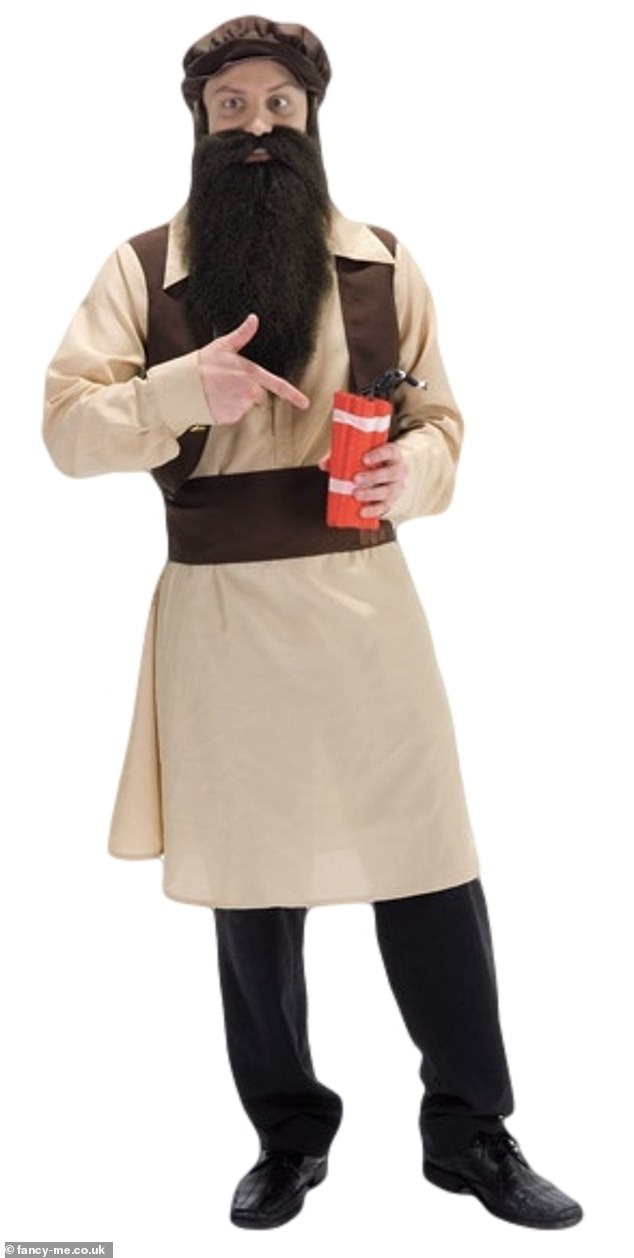 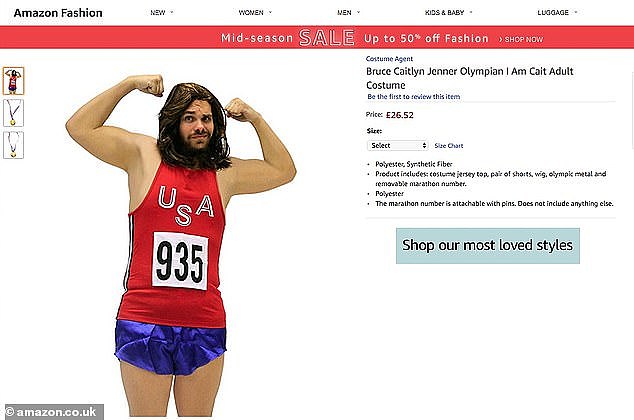 An ‘I am Cait’ Halloween costume, based on Caitlyn Jenner, that is available on Amazon, pictured, has been slammed by charities for mocking transgender people

Other shocked parents took to social media to complain about the costume.

Alina Sparks posted on Facebook: ‘Are you serious Amazon? How can you promote this? Have a bit of sense and take it down!’

While Remi Kanazi said: ‘Israeli soldier costume for children: ‘You don’t say ‘trick or treat’, you just steal the candy’. Tell Amazon to take this violent trash down.’