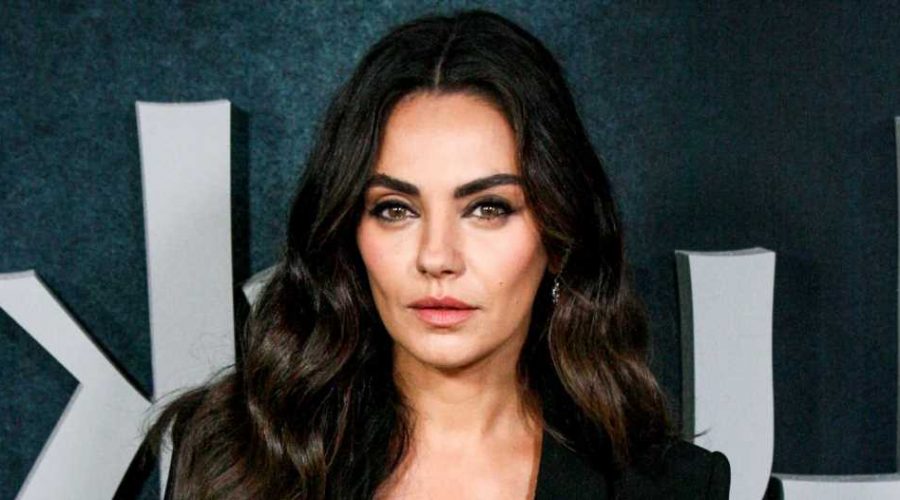 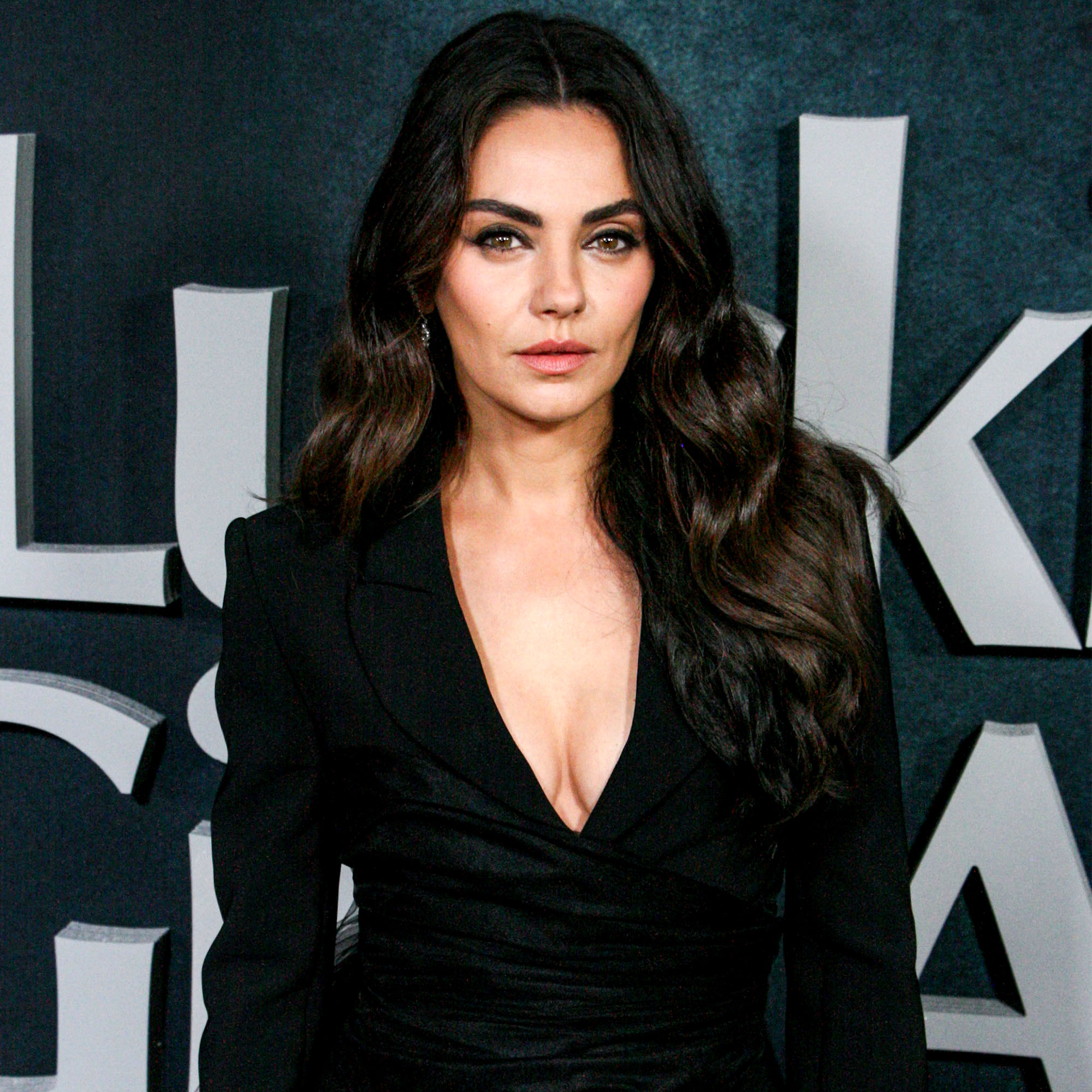 Everything We Know About Netflix’s ‘Luckiest Girl Alive’: Cast, Premiere Date and More

Kunis, 39, was the epitome of timeless glamour in a black blazer dress by Carolina Herrera. The figure-flattering number featured a plunging neckline and finished with protruding black tulle fabric at the back, giving the number a dramatic twist. The Ukraine native paired the frock with over-the-knee boots and dangling earrings.

For her glam, the Bad Moms star opted for dramatic lashes, soft blush and a dainty pink lip. She had her brunette tresses styled in loose, effortless curls.

Luckiest Girl Alive, which is based on the novel of the same name by Jessica Knoll, follows New York-based writer Ani FaNelli (Kunis) who is preparing to start a new job and get married when a true-crime documentary forces her to confront a disturbing incident that took place while she was in high school.

About Last Night: See the Best Dressed Stars on the Red Carpet and Beyond

Knoll, who served as the film’s screenwriter, opened up about casting Ani and how she didn’t initially picture the character as a brunette.

“In my eyes, she’s [that girl] who starts as a bottled blonde and then ends up paying $1,000 for highlights,” Knoll said in an article published via the Netflix website on September 6. She added, however, that everything changed when she saw Kunis. 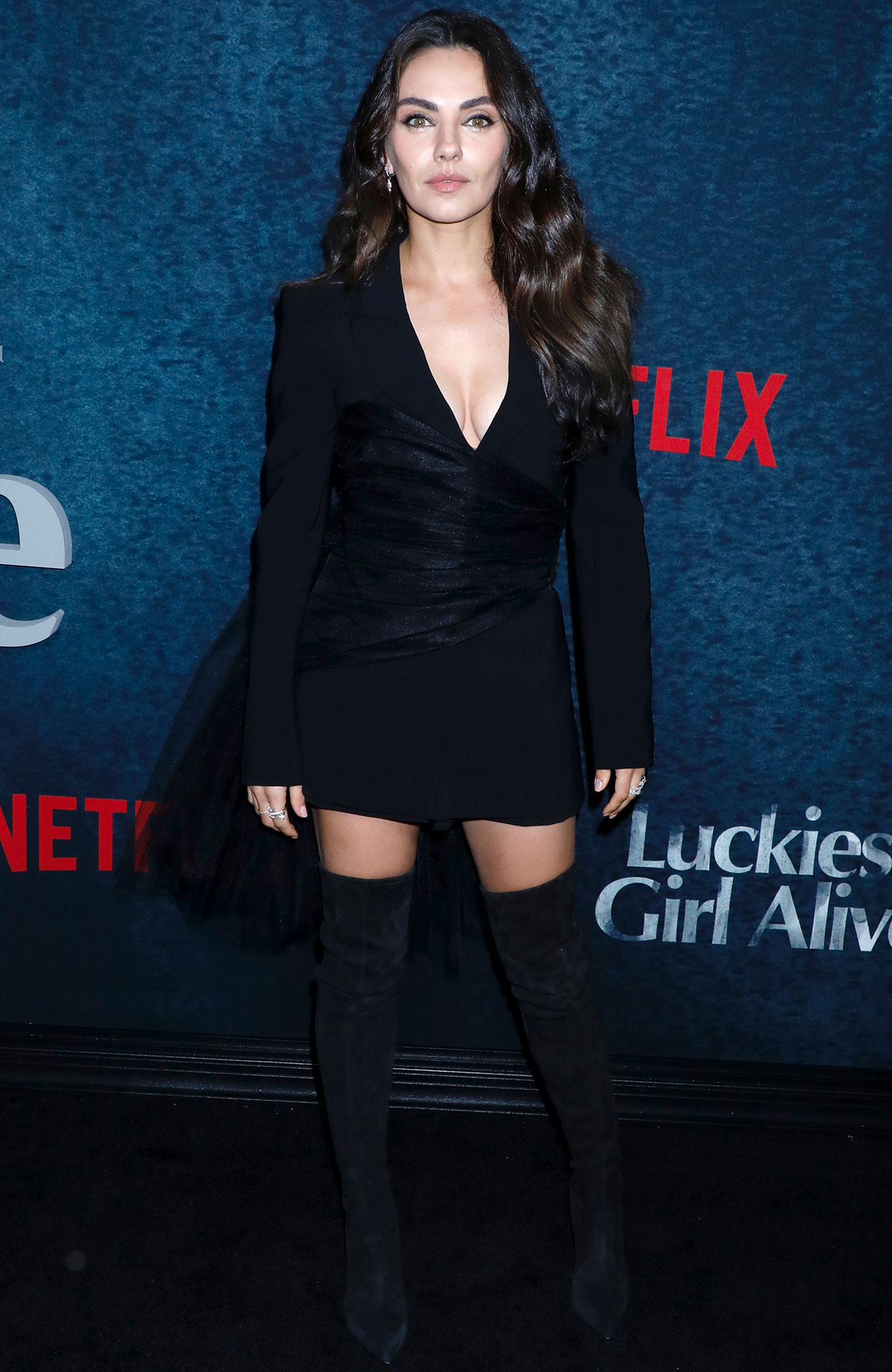 “I never would have thought of [Kunis] on my own but seeing her on set and seeing her perform some of these more controversial lines, [I realized] how easily it could have gone sideways if we’d had anyone else in that role,” the author said. “I don’t think anyone but Mila could have done it.”

Kunis also helped give the movie a new ending — different from how the story concluded in the book.

“The ending is polarizing, which is what I think makes this movie so interesting,” the Black Swan actress teased in an interview with Entertainment Weekly published Thursday. “It’s not cookie cutter, and not everybody experiences this movie the same way. So many people had such a different experience while watching the same piece of content, including the ending. A lot of people didn’t like it, but I fought so hard for it to stay in. I’m really glad that we won this fight because it’s so powerful.”

Luckiest Girl Alive debuts in Theaters on Friday, September 30. It will premiere on Netflix on October 7.