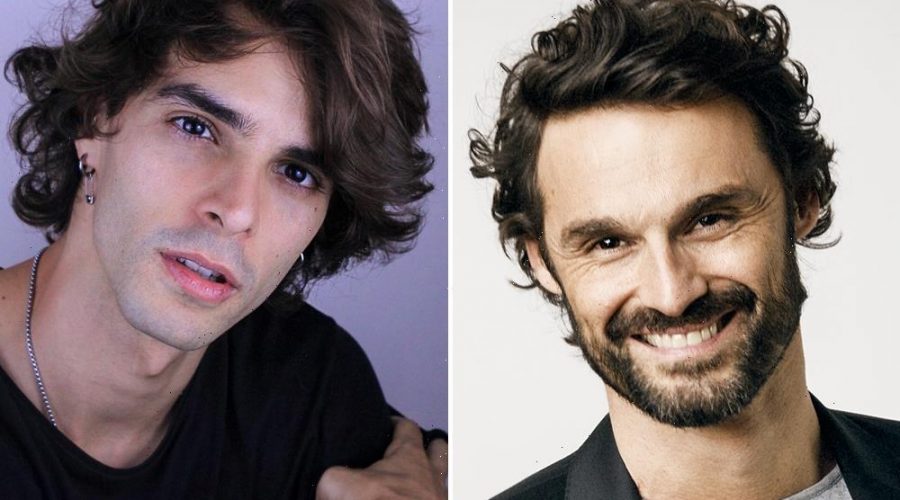 One of the biggest original series on Paramount Plus’ international lineup, “Bosé” has gone into production, shooting in Spain.

Variety has had exclusive access to a behind-the-scenes teaser clip in which the two actors practice the grave but sensual lilting baritone voice of Bosé’s singing “Como un Lobo,” a song in which Bosé imagines himself as a Russian Steppe wolf pursuing the object of his desire.

With a career on both sides of the Atlantic, Sánchez is an established star, a well-known face who broke out playing El Gallego in Telemundo’s 2011 smash hit “La Reina del Sur,” which lead him to work alongside Donald Sutherland and William Fichtner on the NBC and then Netflix-aired international action crime series “Crossing Lines,” and star in Humberto Hinojosa Ozcariz’s Paraiso Perdido and Mario Pagano’s Backseat Fighter. Displaying a more dramatic register, he won a best actor Premio Maguey for “Isaac” at Mexico’s Guadalajara Festival. Recent projects take in the International Emmy-nominated series “You Cannot Hide,” Atresmedia’s “Little Coincidences” and “La Mujer de Mi Vida,” which he is currently filming in Miami as the series lead.

Set to play the younger Miguel Bosé, Pastor has had parts in 2018’s “La Otra Mirada,” broadcast by TVE, as well as more recent Spanish TV series such as “Hospital Valle Norte,” “Acacias 38” and “La Templanza,” while making his big-screen debut at the Malaga Film Festival in 2019 with the films “Al Oleo” and “Credit,” which will be released in theaters later in 2022.

For both, however, “Bose” offers them the most important and challenging roles of their careers. For close on five decades, Bosé has been a major recording artist, selling over 30 million albums and scoring over 70 No.1 rankings in multiple different countries. He has been honored with Grammy Awards, MTV Music Awards, Billboard Latin Music Awards, a Gold Medal of Merit in Arts and Ondas Awards. In 2013, he was chosen by the Latin Recording Academy as Person of the Year at its annual Latin Grammy Awards.

But Bosé has always been far more than a singer-songwriter, a highly public figure born into one of the most famous families in Spain’s 1950s, son of bullfighter Luis Miguel Dominguín and Lucía Bosé. Bosé’s challenge from an early age was to emerge from their dominance.

This he did from the late ‘70s as Spain freed itself from the shackles of Francisco Franco’s arcane dictatorship becoming a symbol of Spain’s larger freedoms and its emergence from isolation, its music and film stars winning audiences in Europe and Latin America.

Though he is ultra-famous, the story of Bosé’s personal life has never been told. In “Bosé,” over six episodes, played by Sánchez and Pastor, that now looks set to be changed by a series which will reveal “unknown secrets,” Paramount Plus announced Tuesday. The series will explain the inspiration behind his biggest hits and how success took a toll, it added.

01/11/2022 lifestyle Comments Off on Miguel Bosé to Be Played by Iván Sánchez, José Pastor in Paramount Plus International Original Series (EXCLUSIVE)
Recent Posts