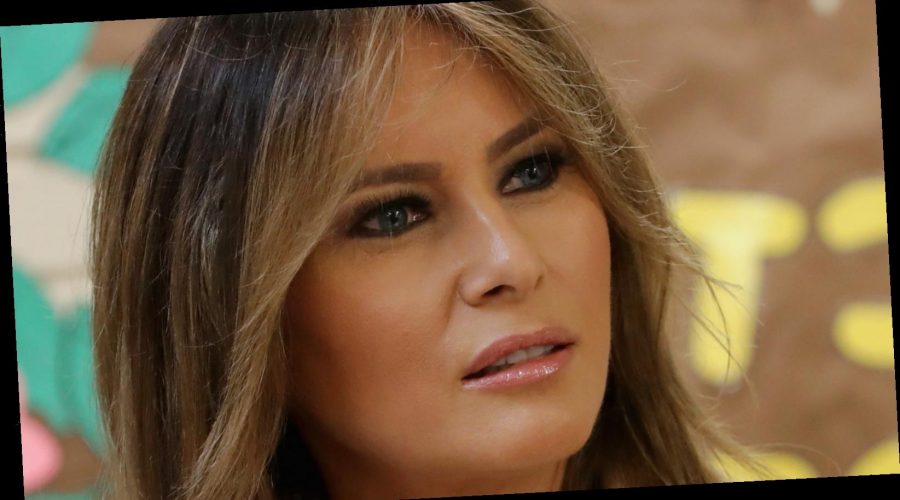 Melania Trump doesn’t have the best track record when it comes to celebrating special events online. Last month, her personalized Valentine’s Day message on Twitter notably omitted husband Donald altogether, leading social media to have a field day (it was dedicated to the children, FYI). Now, the former first lady is coming under fire once more for a somewhat strange attempt at marking another special moment. This time, however, Melania Trump included the requisite person.

She once again took to Twitter to wish son Barron a happy 15th birthday. “Happy birthday BWT,” the young man’s mother wrote alongside three heart emojis. Melania Trump posted a shot of some large “15” balloons, done in dripping black lettering, alongside the birthday message. Unsurprisingly, although several users took the opportunity to echo her sentiments and congratulate Barron Trump on his 15 years on this planet, many others roasted the former first lady for the odd message.

Thousands of responses flooded in, emphasizing how the country continues to be split down the middle when it comes to the beleaguered former White House residents. “You could have found a more cheerful pic,” one user tweeted, noting, “This looks quite morbid.” Another pointed to the black numbers being a bit off-putting, tweeting, “How festive! Nothing quite says Happy Birthday to a 15-year-old quite like a black balloon that appears to be dripping blood.” A third Twitter user wrote, “Damn … this is the most horrific happy birthday I’ve ever seen! Looks evil AF. LOL!!!”

Several, however, called for kindness and understanding, reasoning that this is simply a mother celebrating her son’s birthday. Unfortunately, the display closely resembles Melania Trump’s infamous “creepy” Christmas display, which featured a forest of blood-red trees, as The Guardian noted at the time. Since the Trumps vacated the White House, the former first lady has pivoted to focus on raising Barron, with People reporting, through a source, that he’s “the most important thing in Melania’s life.” Perhaps she was simply wishing him a happy birthday in her own special way.