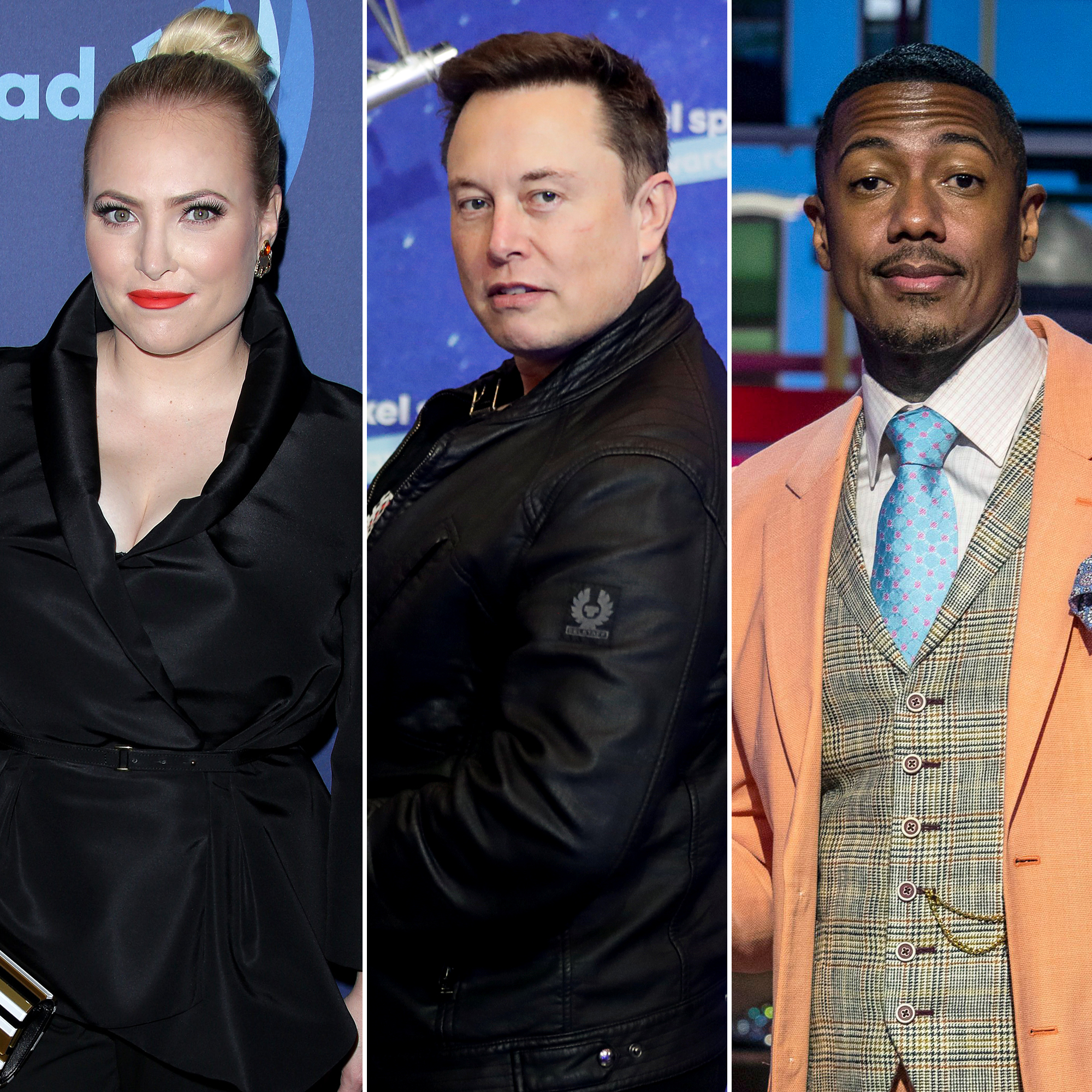 Not a fan! After Nick Cannon and Elon Musk gushed about raising big, blended families amid news that the billionaire had secretly welcomed two more children, Meghan McCain has spoken out about her thoughts on the “creepy” matter.

‘The View’ Cohosts Through the Years and Why They Left

“What the heck is going on here? I don’t care how many times Musk eviscerates cancel culture and wokeism,” the former View cohost, 37, wrote in an op-ed for the Daily Mail on Friday, July 8. “I don’t care that he is ‘supposedly’ buying Twitter to save it from the bots and thought-police, or colonizing Mars to save the human race. This is flat-out weird.”

She added: “This ‘impregnate the planet’ mentality is creepy and comes off like the actions of a cult leader more than an altruistic person who wants to expand their family and save the planet.”

Elon Musk’s Family Guide: Meet His Children and Their Mothers

“Doing my best to help the underpopulation crisis,” Musk, now a father of 10, tweeted on Thursday, July 7, hours after news broke that he and Shivon Zilis share 8-month-old twins. “A collapsing birth rate is the biggest danger civilization faces by far. Mark my words, they are sadly true. … I hope you have big families and congrats to those who already do!”

The 41-year-old Wild N’ Out alum, who is a doting dad of seven himself, reached out to the billionaire to congratulate him on the baby news. Cannon tweeted, “Right there with you my Brother! ✊🏽”

The Drumline actor — who is currently expecting baby No. 8 with model Bre Tiesi — first became a father in 2011 when ex-wife Mariah Carey gave birth to twins Moroccan and Monroe, now 11. He also shares Golden, 5, and Powerful, 15 months, with Brittany Bell and twins Zion and Zillion, both 11 months, with Abby De La Rosa. The Masked Singer host welcomed son Zen with Alyssa Scott in June 2021 before the infant tragically died nearly seven months later from a brain tumor.

“Contrary to popular belief, I’m probably engaged throughout my children’s day, more often than the average adult can be,” Cannon told Men’s Health in an interview published last month. “I’m involved in everything from coaching to having guitar lessons with my daughter every week. … I’ve seen where people believe a traditional household works, and [yet] there’s a lot of toxicity in that setting. It’s not about what society deems is right. It’s like, what makes it right for you? What brings your happiness? What allows you to have joy and how you define family? We all define family in so many different ways.”

The Space X founder, for his part, welcomed babies No. 9 and 10 with the Neuralink executive, 36, in November 2021, according to an Insider report in July. Musk also shares twins Vivian and Griffin, both 18, and triplets Kai, Saxon and Damian, all 16, with ex-wife Justine Wilson. (Musk and Wilson’s late son, Nevada, died of sudden infant death syndrome at 10 weeks.) The businessman also coparents son X AE A-XII, 2, and daughter Exa Dark Sideræl, 7 months, with ex-girlfriend Grimes. (Exa was born via surrogate in December 2021, one month after Zilis welcomed her little ones.)

While both Musk and Cannon have gushed over having large broods, McCain doubled down on her assertion that their mentality was creepy. (Neither Musk nor Cannon have publicly reacted to the political commentator’s article.) 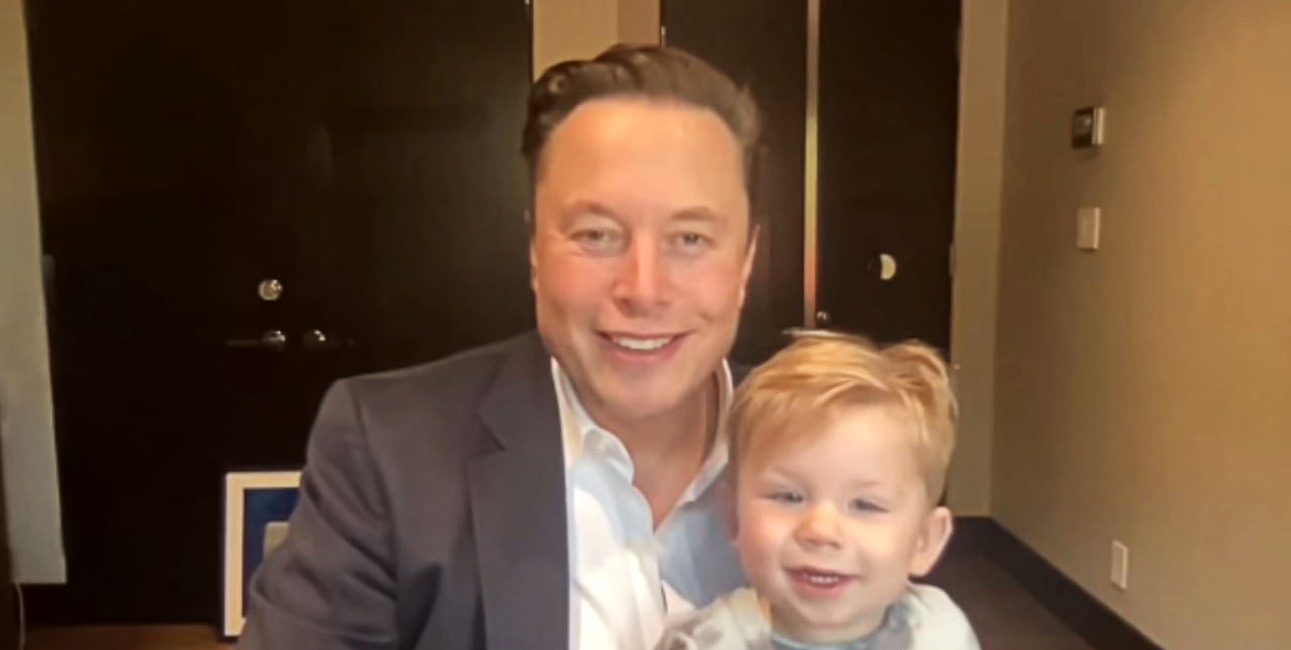 “Elon is the wealthiest man on the planet, he certainly can largely do whatever he wants, whenever he wants, however he wants, but don’t for a minute think that ordinary Americans relate to this at all,” she wrote in her Daily Mail essay. “Musk may have the resources to support three families, but obviously most do not. … Let’s get one thing straight – Musk is no role model. What he decides to do with his sperm, surrogates and employees is his choice.”

John McCain’s daughter, who shares 22-month-old daughter Liberty with husband Ben Domenech, further opened up about her personal reaction to Musk’s social media message, alleging he sounds like a “false messiah” preaching to the world.

“Who one chooses to procreate with, how many children they decide to have, and how they decide to raise a family, if at all, is arguably the most personal and life-changing decision anyone can make,” she added. “At least, it certainly has been for me. But don’t mistake Musk’s strange take to represent the very classic, conservative, pro-family arguments about the need to have large family. … Yes, if you are willing and able, have as many children as possible. But not because Elon Musk says so.”