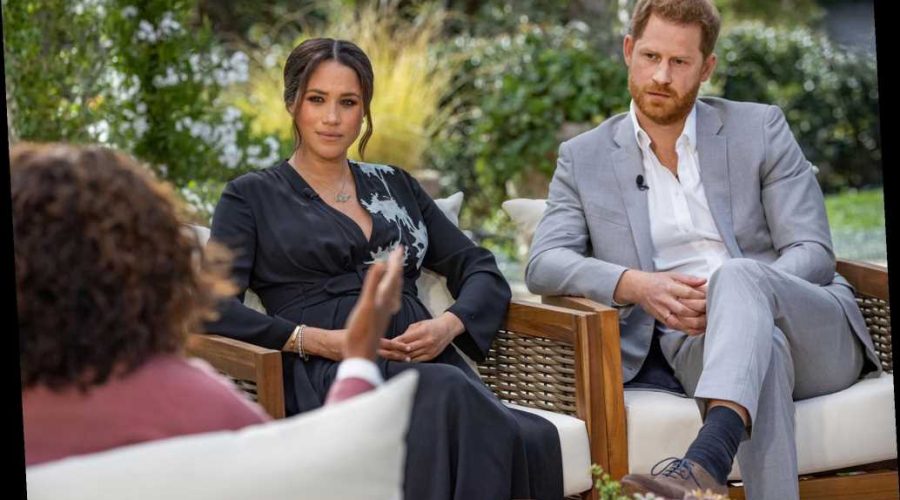 Even royals should have a “basic right to privacy,” Meghan Markle argued in her bombshell interview with Oprah Winfrey, according to a new clip released Monday.

Markle, 39, who has previously spoken out about intrusive press coverage, was asked whether she should have expected she was going to lose privacy after marrying Prince Harry in 2018, with Winfrey noting “That’s part of the deal here.”

“I think everyone has a basic right to privacy. Basic,” Markle responded. “We’re not talking about anything that anybody else wouldn’t expect.”

The former actress then went on to provide a lengthy example, according to the clip, which was obtained by OprahMag.com and didn’t air during Sunday night’s CBS broadcast of the interview.

“If you’re at work and you have a photograph of your child on your desk, and your coworker says, ‘Oh, my gosh, your kid’s so cute. That’s fantastic! Can I see your phone so I can see all the pictures of your child?’ You go, ‘No. This is the picture I’m comfortable sharing with you,’” Markle said.

“And then if they double down and say, ‘No, but you already showed me that one. So you have to show me everything. You know what, I’m just gonna hire someone to sit in front of your house, or hide in the bushes and take pictures into your backyard, because you’ve lost your right to privacy… because you shared one image with me.’”

“That’s sort of the flawed argument.”

She added: “I think life is about being able to share our stories and share parts of our lives that you’re comfortable with.”

“There’s no one who’s on Instagram or social media that would say, ‘because I shared this one picture that entitles you to have my entire camera roll…’ no one would want that.”

Markle said that, “it’s about boundaries and it’s about respect.”

Over the course of the sensational sit-down, Markle had detailed the struggle of being ensnared in a life that played out as fodder for the British tabloids.

Her husband Harry, 34, even invoked the memory of his late mother Princess Diana, who was killed in a car accident in Paris in 1997 after being chased by paparazzi.

He told Winfrey that he “feared history repeating itself” amid the intense media scrutiny his wife faced.

The couple have each taken legal action against UK press outlets in the past, with Markle recently winning a privacy case against the Mail on Sunday.