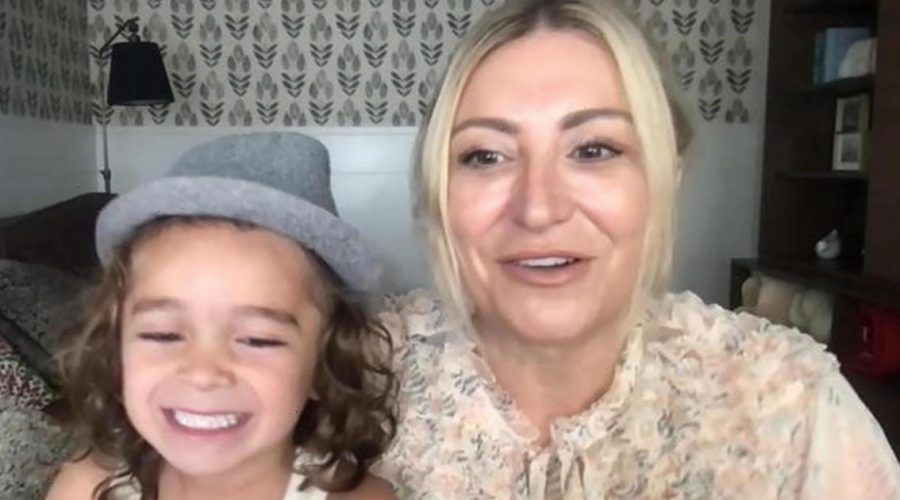 California mom and social media star Dani Schaffer and her 5-year-old son Brody have amassed millions of fans across TikTok and Instagram for their funny and touching videos documenting Brody growing up in a childhood free of gender stereotypes.

Their videos of Brody freely dancing, wearing dresses and happily chatting with his parents defy decades of restrictive norms — but to Brody, it’s simply “having fun,” Dani said.

“He is a child and he is just exploring,” Dani Schaffer told CBSN on Monday. “I feel like the minute you let go and let your child be, is when they are going to flourish anyway. And I would never want to clip his wings.”

“I just want to be the bridge to get him to where he needs to be, instead of the roadmap, dictating which way to go.”

According to the family website Parents, children benefit from gender-neutral toys and activities because they promote experimental thinking, introduce kids to science, technology, engineering, arts and math early, and reduce the reinforcement of gender stereotypes.

Schaffer believes it is important to really listen to how children feel, especially for parents confused by norm-defying kids like Brody.

And Schaffer, who admits she has grown more open-minded “after having four children and learning about each of them,” knows it may be hard for parents to know what to do.

“I do have hundreds of messages from parents that say ‘I don’t know what to do, I can’t discuss this with my friends. We never discuss this. But my child also likes dance and to explore.’ They are just children at the end of the day,” she said.

“Yeah no. No to the jumping on the couch,” his mother added.

So far in his childhood and exploration, Schaffer said Brody has encountered “more support than you can imagine” — but knows it might be different for him entering kindergarten this year.

“I can’t put him in a bubble. You know, every kid has their own journey. But what if I didn’t allow him to have that journey?” Schaffer said.

The TikToker later said that when “99%” of people support Brody, “those 1 percenters, I’m not even concerned about, really.”

“All four of my children are different, and it’s important to support that,” she said.

As for Brody, Schaffer called him a “natural performer.”

“He just likes to perform, and I like to document. I have been documenting my entire life. It is in my blood to document my kids. They were all born with a camera in their face,” she said, joking. “Brody, pretty much is in the front of the camera and my daughter is really starting to like the camera, too. That is new for her, I would say.”

She said she supports whatever her children want to do, on camera and off, and she believes they support each other as well.

“They see what goes on with their brother, and they support him, and — in the beginning, they got teased too. Like ‘Your brother this, your brother that.’ And they stand up for him. So it is a beautiful thing.”

06/14/2021 lifestyle Comments Off on Meet the mother-son TikTok stars shattering gender norms: “I would never want to clip his wings”
Recent Posts