Former McDonald’s USA CEO: Fired CEO lawsuit sends message to other US execs to behave themselves

Travis Scott and his Cactus Jack music label are officially partnering with McDonald’s to help sell the rapper’s favorite meal at the fast-food chain.

The company announced on Twitter Thursday that it will begin selling Scott’s go-to order, a Quarter Pounder with cheese, bacon and lettuce as well as a medium fry with BBQ sauce and a Sprite for $6 from Sept. 8 through Oct. 4.

“CACTUS JACK FOR MCDONALD’S” the “goosebumps” singer wrote on Twitter announcing the news.

According to Business Insider, Scott’s label also designed custom T-shirts that McDonald’s employees can wear during the promotion. The monthlong partnership marks the first time that the fast-food giant has teamed up with a celebrity for promotion since its 1992 campaign with Michael Jordan. However, according to Chief Marketing Officer Morgan Flatley, this has been more than a year in the making and will likely not be the last celebrity partnership coming to the chain.

The outlet reports that some of the McDonald’s franchisees are pushing back against the deal, arguing that Scott’s less-than-family-friendly lyrics fly in the face of the wholesome chain they’ve been promoting for years. 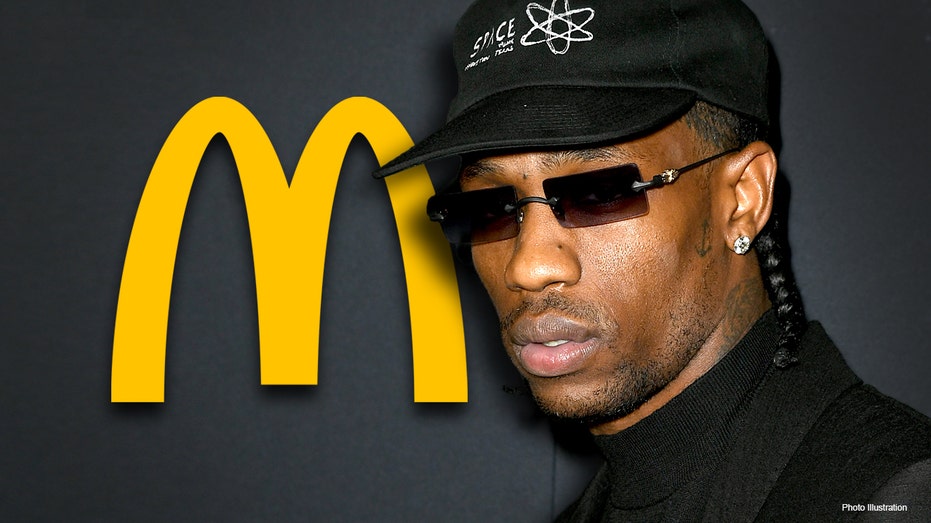 However, Flatley dismissed the differing opinions on the matter as being par for the course for a chain as large as McDonald’s.

TRAVIS SCOTT’S FORTNITE CONCERT: WHAT TO KNOW ABOUT THE RAPPER AND HIS DIGITAL SHOW

According to Flatley, the company hopes that the move will help it bring in people under the age of 34 after McDonald's noticed that particular demographic was “becoming more and more challenging for brands to reach.”

The news comes shortly after a memo from McDonald’s leaked last week in which the company heralded Scott’s accomplishments as a pop culture icon.

“From his impossible-to-get Nike sneaker line, to a cereal collab with General Mills that sold out in 30 seconds, to a record-setting virtual concert series inside Fortnite, Travis Scott is the definition of big in culture,” the memo reportedly read.

“Beyond this, he is a true fan of McDonald's and our craveable, iconic food," it continued. "He will resonate and spark excitement with our youthful multicultural customers, and has a few surprises to delight our crew and ensure they are part of the excitement.”

09/03/2020 lifestyle Comments Off on McDonald's and Travis Scott confirm partnership in an effort to appeal to Gen Z
Recent Posts
We and our partners use cookies on this site to improve our service, perform analytics, personalize advertising, measure advertising performance, and remember website preferences.Ok