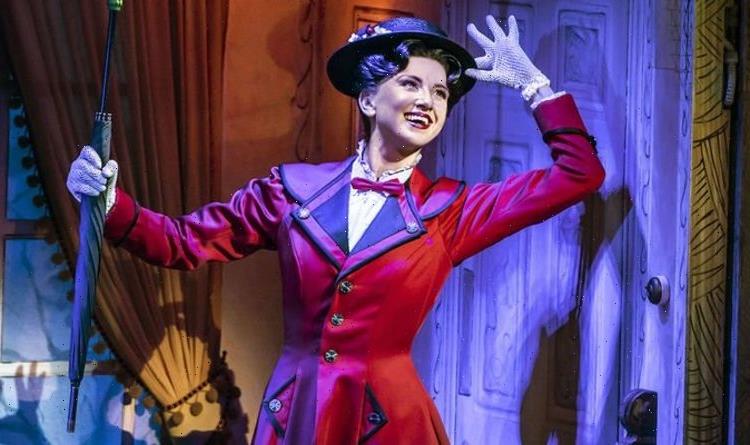 I was expecting to be impressed. This is a high-class Disney production, after all, based on one of the most beloved movie musicals of all time. What I wasn’t quite prepared for was the surge of communal joy that swept through the entire Prince Edward theatre as the Overture started up and the curtain rose. From then on, I’m not sure what came over this cynical old critic. My hands were, frankly, a little sore after the rapturous clapping along to more than one number. I may have even welled up at the end as a certain nanny rose into the air, feet firmly splayed and umbrella aloft, and floated over the stalls, up past both balconies and disappeared into the rafters. For a blissful few hours all cares were forgotten. For those final few minutes, I felt pure wonder.

Zizi Strallen is absolutely spit-spot as the nanny who flies in to save the Banks children, and in the process rescues their parents, too. With a gleaming voice, ringing vowels and a firm but fair heart, you can’t help wishing more men (and a few of the women) in power these days had been raised by her.

As her willing partner-in-crime, Charley Stemp shines as chimney sweep Bert, his irresistible charm matched by some utterly heavenly footwork. Petula Clark, meanwhile, marks her ninth (!) decade in showbusiness with a poignant turn as the Bird Lady. That blasted Feed The Birds gets me every time.

In a uniformly excellent cast, special note also for Jack North as the Banks’ hapless, hopeless footman Robertson Ay. Contorting his face and body into ever-more extraordinary extremes, he is an absolute master of physical comedy.

Mary Poppins doesn’t just rely on the film’s classic tunes and iconic characters, however, this Disney Theatrical Production has a visual flair of its own. Kites fly, statues dance into life and a staid Edwardian park is transformed into a technicoloured wonderland as Bob Crowley’s costumes and sets nimbly whisk us from scene to scene. The absolute highlight being the way the flat facade of the Banks house on Cherry Tree Lane unfolds like a pop-up book to reveal the rooms inside.

Sets and choreography work in perfect harmony on numbers like A Spoonful of Sugar before the riotously good Step In Time brings the house down. With the excellent cast tapping up a storm onstage, Bert dances all the way up the side of the stage and then, suspended upside down, across the entire ceiling. Sensational. A number really couldn’t hit higher heights.

As an adult, I know this and Mary Poppins’ aerobatics are technical trickery, although I never quite figured out how everything came out of her bottomless bag. The magic of this production is that it allows us to set aside our boring sensible grown-up heads and not just remember but feel that time when we thought such things might be possible.

We are all Mr Banks, and this show sets us free. It is simply supercali… Ah, you know the rest.

MARY POPPINS IS PLAYING AT THE PRINCE EDWARD THEATRE, LONDON