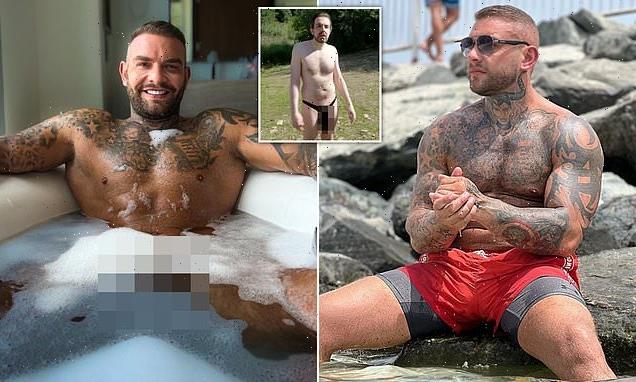 Man with a 10 and a half inch penis who appeared on Channel 4’s My Massive C*** says it’s a ‘gift from God’ and has attracted 1,000 lovers – after fellow interviewees claimed their large anatomy ruins their lives

A man with an extra-large penis who appeared on the jaw-dropping Channel 4 documentary My Massive C*** has claimed it is ‘a gift from god.’

In the programme, which aired earlier this week, a number of British men revealed they’ve been turned down for jobs, abused by strangers, and struggle to date because they are ‘fetishised’ by women because of their penis size.

However, Andy Lee, 34, from Dublin, has hit back at the claims having a large penis is a ‘handicap’, saying his anatomy has ‘made him a success’ and he has ‘been with over 1,000 women.’ 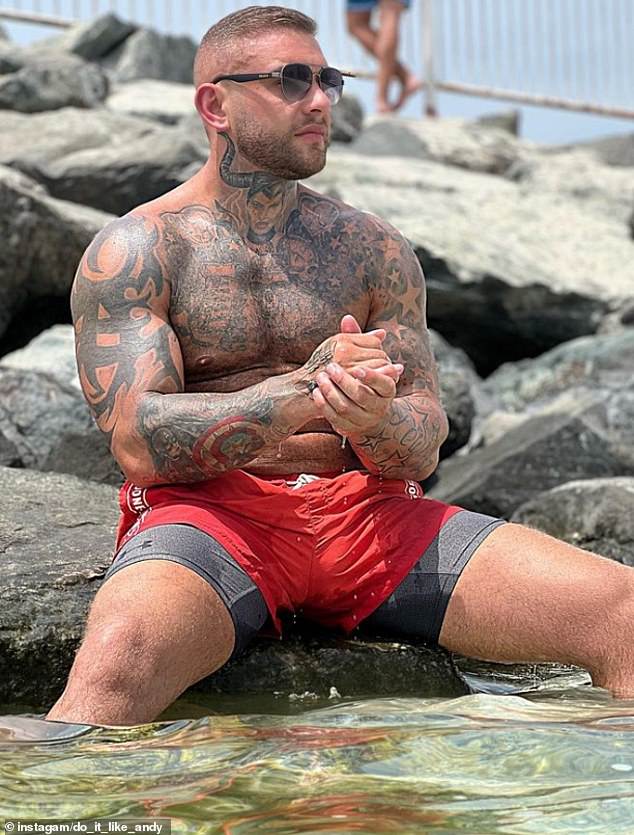 Andy Lee, 34, from Dublin, who appeared on the jaw-dropping Channel 4 documentary My Massive C*** has claimed it is ‘a gift from god’ 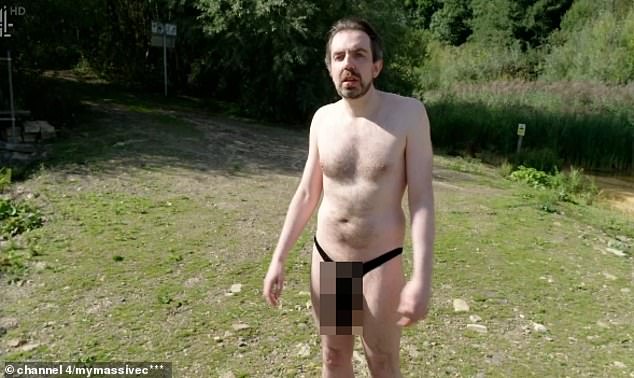 The programme aired earlier this week, and a number of British men revealed they’ve been turned down for jobs, abused by strangers, and struggle to date because they are ‘fetishised’ by women because of their penis size (pictured, Matt, 39, whose penis is 10 and a half inches)

The 34-year-old said he was born in inner-city Dublin, and his family had ‘no money’ while he was growing up.

After living in Ireland, he moved to Australia when he was 19-years-old in 2008, before arriving in London two years later aged 21.

He said he did ‘some solo videos’ before giving it up to become a plumber and gas engineer. 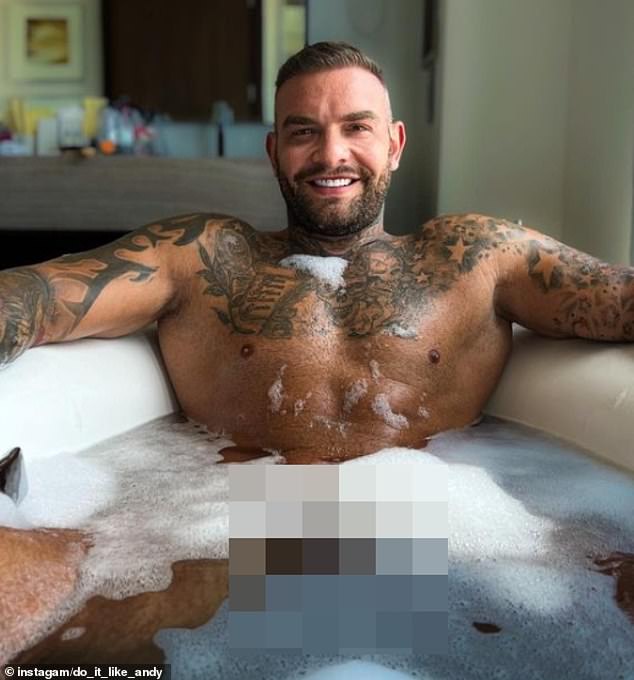 Andy has hit back at the claims having a large penis is a ‘handicap’, saying his anatomy has ‘made him a success’ and he has ‘been with over 1,000 women’ 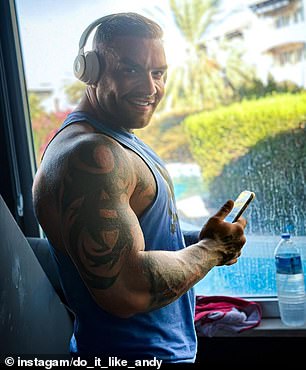 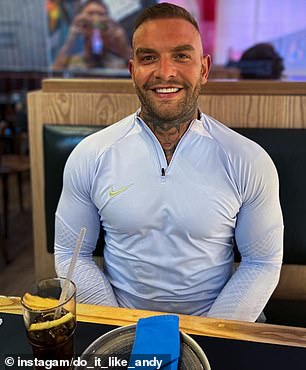 The 34-year-old said he was born in inner-city Dublin, and his family had ‘no money’ while he was growing up – but he now lives a life of luxury 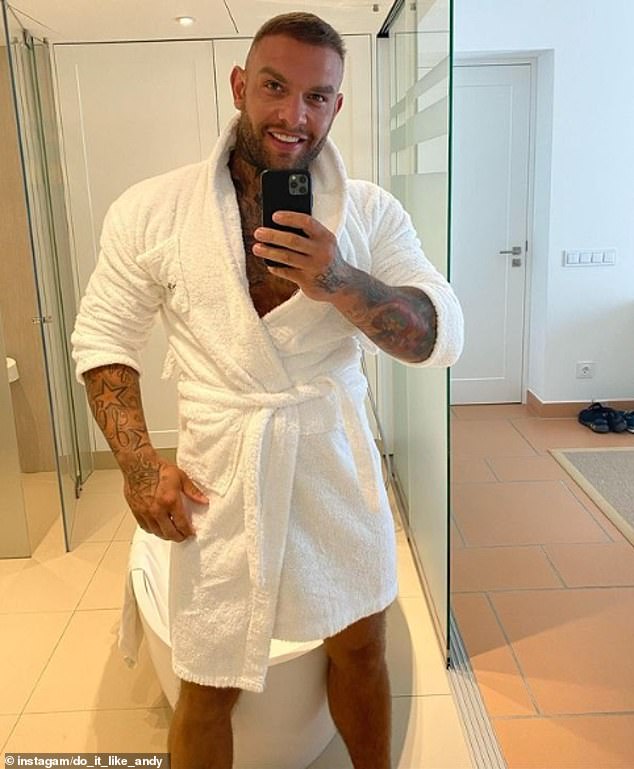 However when his work found out, he felt forced to leave.

His comments come after the shocking documentary aired on Channel 4 in which a number of British men opened up about the challenges of having a larger than average anatomy. 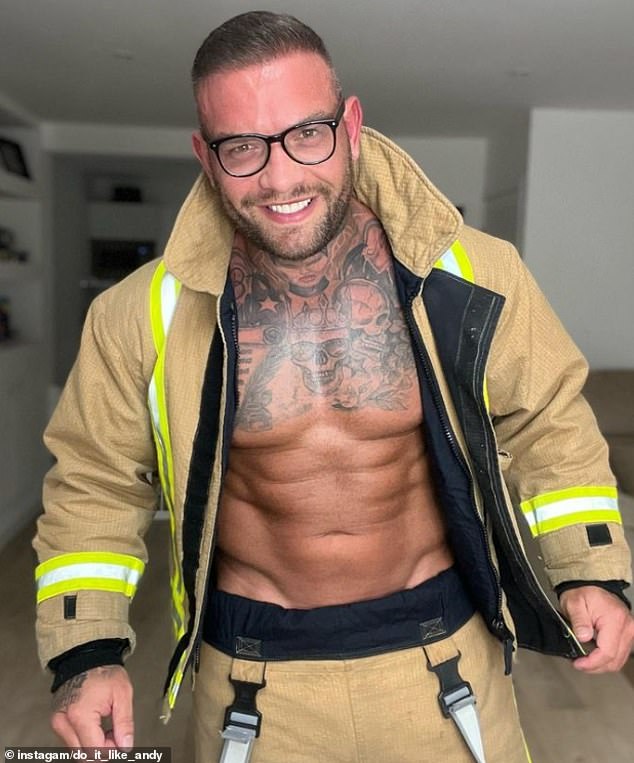 However he later said the couple had appeared ‘very happy’ with both his penis size. and his performance.

Other men in the documentary were not so enthusiastic about the size of their penis.

Scott, 35, who said his penis was around 9.4 inches when erect, explained how his friends ‘objectify’ him over the size, while Joe, 22, said he desperately tries to hide his large bulge.

Elsewhere, Matt, 39, said he hasn’t been able to hold down a relationship as a result of his 10 and a half inch penis. He explained: ‘Being well endowed gets you attention but not affection…if anything, it’s more of a handicap because it’s not something you can bring up. If you bring it up, you’re a bit sleazy, but if you don’t bring it up, it brings complications.’

Many of those watching were left horrified by the programme, with one writing: ‘Omg…what is this?’ 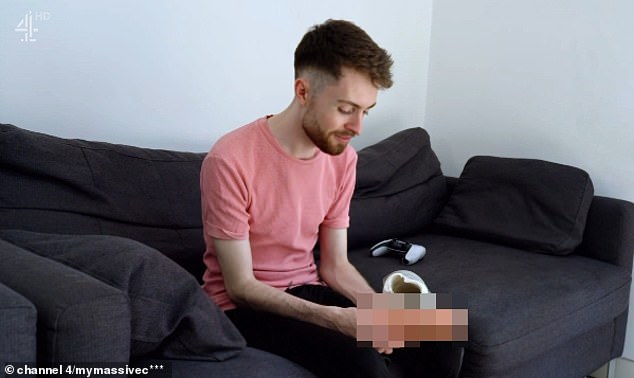 Joe, 22, said he desperately tries to hide his large bulge with special underwear – and made a replica of his penis to show filmmakers (pictured, holding the replica)

During the programme, Scott said his friends often take the mickey out of him, adding: ‘I take it in good humour, but it can get to a point where it can get a bit tedious.

‘They’re a good bunch of lads, but I think it can affect my dating in this area because people do know.

‘People just want your attention because of your penis and not who you are.’

He said: ‘It’s not something I normally bring up on a first date, but I’m at the point in my life now where I want to get things right and get things out in the open.’

Many of those watching were left flabbergasted by the programme, with one calling the show ‘incredible’

What is penis reduction surgery?

The American teen requested the surgery after his penis grew too large, restricting his ability to have sex or play competitive sports.

The boy’s surgeons were shocked when he came to them complaining that his penis was too big.

When flaccid, it measured almost seven inches in length and had a circumference of 10 inches – around the size of a grapefruit.

Surgeons described it as being shaped like an American football.

In the end, they decided to embark on a surgical technique normally used to treat Peyronie’s disease, a condition where scar tissue develops along the penis, causing it to bend.

The surgeons sliced along an old circumcision scar, unwrapped the skin of the penis, and cut out two segments of tissue from either side.

The doctors were able to bypass the urethra – the tube which carries urine through the penis – and all of the nerves that provide sensation.

He said he dreams of finding a girl who will be interested in him for his personality and not for his penis.

Scott said he even has a beauty regime for his penis – and regularly ‘moisturizes’ his intimate area.

Meanwhile Joe, who said his penis is 9.5 inches when erect, said he suffers daily abuse because of his penis, saying: ‘It’s either don’t go out, or someone stares at your c***.

‘I usually wear underwear that has a pouch in the front.’

He spends £200 each month on special briefs, saying: ‘It’s like nearly a twelfth of my height. The scaling is off. It’s thicker than my forearm.

He said he has to think about his ‘thigh to c** ratio, saying: ‘People just automatically assume I have a b****.’

Meanwhile he recalled how he was interviewed for a job, but didn’t get the job because of ‘inappropriate behaviour’ and ‘the wrong attire.’

He created a replica of his penis in order to show his friends, leaving their jaws on the floor over the size.

Meanwhile Matt, 39, said his previous attempts to find a partner online have left him feeling fetishised.

He said: ‘Any attention I get because of my size, unless it’s from the right person, I’m generally not interested in it.’

He said he is ideally looking for someone who likes him for his ‘mind and body’ but confessed it is difficult to find.

He said he has felt ‘light-headed’ while wearing condoms which are too small for him.

His extreme size has led him to take drastic measures, saying: ‘I’ve always wondered whether it would be a good idea to have a reduction. 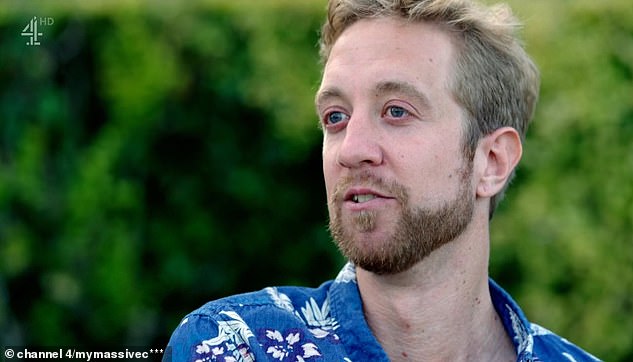 During the programme, Scott, who said his penis was around 9.4 inches when erect, explained how his friends ‘objectify’ him

‘I don’t see why I wouldn’t consider losing four inches and be fine.’

Meanwhile he said if the doctor could remove an ‘inch’, it could be ‘life-changing.’

Matt travelled to meet with Dr Nenad Djakovic, telling him: ‘I know I’ll never find a partner who is that perfect fit, at my current size.’

He said he hoped he could go down in size ‘by an inch’, while the doctor explained how he could ‘amputate’ a part of his penis to reduce the size.

However ultimately, Matt decided not to go ahead with the reduction, due to ‘all of the risks’, adding: ‘It’s a very severe procedure.’

He said: ‘You should be proud of yourself for who you are, not what’s between your legs.’ 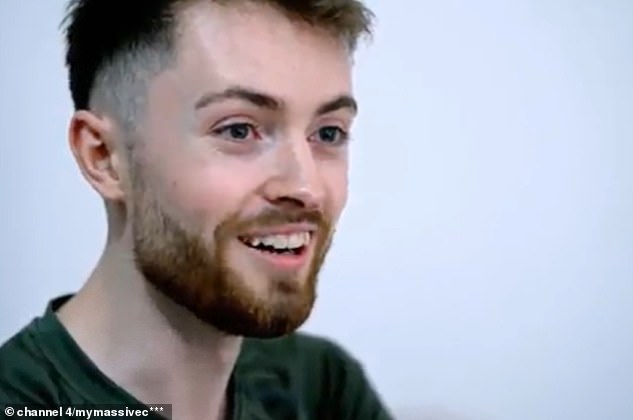 Meanwhile Joe, who said his penis is 9.5 inches when erect, said he suffers daily abuse because of his penis 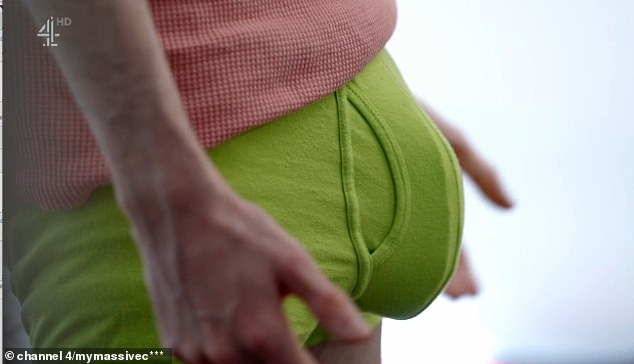 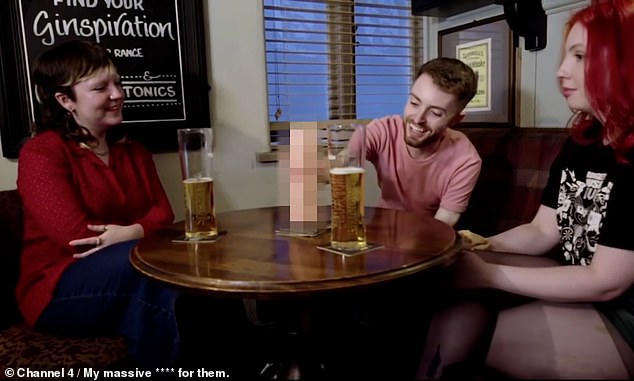 During the show, Joe surprised his friends by revealing a replica of his penis – and they confessed they were baffled by the size

Many of those watching the show were left shocked by the programme, with one writing: ‘This my massive c**** on Channel 4 is incredible.’

Another added: ‘A bloke on a programme called My Massive C*** says he wants to be known for his personality and not his big penis…’

A third added: ‘What am I watching? Matt, who goes swimming on his own in the equivalent of a jockstrap, and the one whose c*** weighs more than him.’

Another said the programme was ‘entertainment.’