Moss, 19, from near Atlanta, went viral earlier this year for eating food from the chain in all 50 states in just 50 days.

Moss, along with two friends, drove 18,000 miles through each of the Lower 48 states and flew to Alaska and Hawaii this summer. Along the way, they filmed themselves eating Chipotle — one of Moss’ favorite spots.

“We never really got tired of it,” Moss told Fox News. “We did prefer eating other things on certain days, but Chipotle’s one of those foods that I could eat literally every single day for the rest of my life if I had to, just because they have so many different options.”

On Sept. 13, Moss posted a compilation video showing all 50 stops on the trip, which went viral and even landed Moss a spot in Chipotle’s “Creator Class.”

Last month, Chipotle announced the launch of its “Creator Class” — a program for influencers and creators to partner with Chipotle and get special perks, according to a press release at the time.

When the company announced its “Creator Class,” it had already chosen 14 members. However, Chipotle opened a competition for a 15th person to be added to the class as well. Moss won the competition. 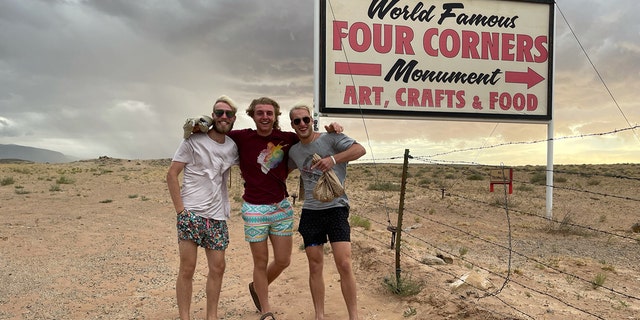 According to the press release, the “Chipotle Creator Class” members will receive 50 free Chipotle entrees, catering, priority consideration for paid campaigns, unique Chipotle goods throughout the year, visits to the Chipotle test kitchen and free Chipotle for their followers.

Moss had no idea about the “Creator Class” competition when he decided to go on the road trip.

Moss told Fox that the road trip is something he came up with in January and February of this year, during the second semester of his freshman year of college.

Moss — who is currently taking a gap year from his studies at King’s College London — said he was having a hard time focusing on his remote studies while he was at his home in Georgia.

“I figured I might as well take the time right now just to take a year off and to pursue some ideas that I’ve had for quite a while,” Moss said. “The road trip was one of those ideas that I just went all in on.” 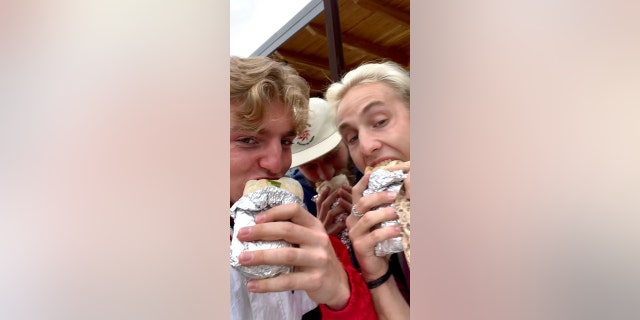 The three friends drove 18,000 miles through each of the Lower 48 states and flew to Alaska and Hawaii this summer, filming themselves eating Chipotle along the way. (Courtesy of Wyatt Moss)

Moss explained that he’s always been interested in working in social media and he felt like doing a road trip to all 50 states in 50 days “pulls everything together” for great social media content.

“Everyone on TikTok loves that urgency, so I figured if we could do a road trip to all 50 states in 50 days, it would show companies that I’m really committed to what I want to do,” Moss said.

Moss spent several months planning, convincing his two friends — musicians Ethan Day and John Allen Riordan — to join him, trying to find sponsors and earning money through woodwork to fund the trip. He said that planning the tip was less tedious and more of a “creative outlet” for him, while he was stuck inside during his first year of college. 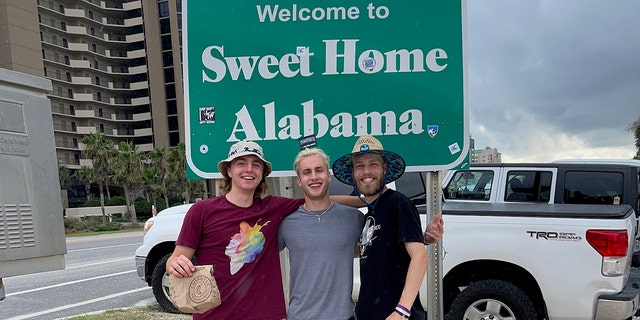 On Sept. 13, Moss posted a compilation video that went viral and even landed Moss a spot in Chipotle’s "Creator Class," which gives Moss opportunities to partner with the company and get other perks. (Courtesy of Wyatt Moss)

“It was a passion project that kept me focused,” Moss said, explaining that he felt like, if he could pull off the trip, he could get a job in social media.

“That was the driving factor every single day,” he added.

Moss and his friends did end up with sponsorship by gas station chain Race Trac, as well as some recognition from Chipotle.

The company sent Moss, Day and Riordan merchandise and 15 free entrees to fuel their trip, after Moss and Riordan ate from 50 different Chipotle locations in Georgia in one day in April.

“Chipotle’s one of those foods that I could eat literally every single day for the rest of my life if I had to, just because they have so many different options.”

In July, Moss and his friends started their road trip in Florida, according to a TikTok video posted on July 17.

Even though the planning process hadn’t been too bad, Moss said the trip itself was harder than he anticipated.

“It was about six to eight hours of driving a day,” Moss said, adding: “Most of the trip was really brutal. After two weeks of being on the trip, we realized it was not going to be as easy as we hoped it would be, which was good and bad.”

“It was good because we were coming up with creative solutions to problems that we never thought of,” Moss added. “But it was bad because we might have stretched ourselves too thin.”

Now that they’re done with the trip, Moss said he’s working on editing more footage from the trip, which he will be releasing on his YouTube page this month.

Aside from working on releasing videos from the road trip and enjoying the perks of being in Chipotle’s “Creator Class,” Moss told Fox he’s also already planning his next big trip: a college road trip, where he’ll visit 100 U.S. colleges in 100 days. 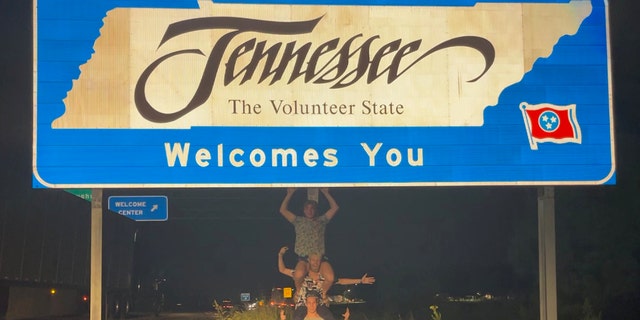 Moss told Fox News that he didn’t get tired of Chipotle on the trip. He said: "Chipotle’s one of those foods that I could eat literally every single day for the rest of my life if I had to, just because they have so many different options."  (Courtesy of Wyatt Moss)

“I’ve always been really interested in the college experience and how to make that better for students, or more easily accessible,” Moss said, adding that “Researching college for me was really difficult.”

He said he wants to make that process easier for high school students “by giving an unbiased point of view on the college experience at every single college” on his trip, which he plans to start early next year.