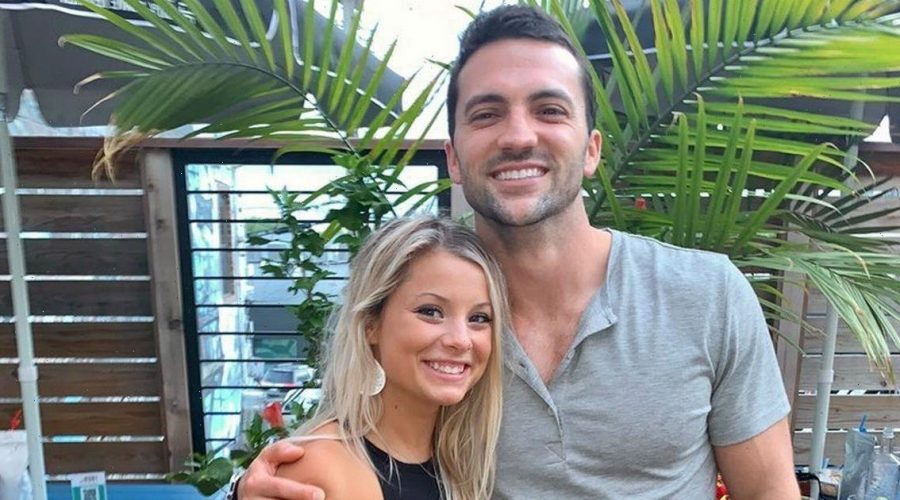 A woman has opened up about her boyfriend who flew across the country for their first date.

Taylor Bier, 25, came across Matt Bannon, 26, from Texas, US, after he went viral on TikTok as part of his sister's gender reveal stunt.

Matt's pregnant sister had posted a video of him racing his brother in a swimming pool to announce the big news.

He wore pink shorts to represent "team girl" while his sibling wore blue and was the eventual champion.

Hundreds of woman, including an Olympic athlete, posted admiring comments, including Taylor who added a flirty message.

CT scan technologist Taylor was left shocked when event manager Matt replied – and the pair hit it off immediately.

The lovebirds exchanged messages and even caught up on FaceTime calls before Matt booked flights from Texas to Nebraska.

Then six weeks after Taylor's cheeky message on TikTok, the pair finally met at the airport.

After a whirlwind romance, the two became boyfriend and girlfriend, and have visited each other every month since.

Taylor said: "Meeting in person was so much better than I could've ever expected. It's super crazy how things work out."

He and his brother went viral after a video racing against each other in the pool for sister Lindsay's baby gender reveal.

The video popped up on Taylor's feed as she saw that a Canadian Olympic ice skater commented on the post.

Taylor wrote under the video: "Ooo 25, single, saw there was an Olympic athlete on board – I might not beat that."

Matt replied and Taylor said their messages were "super easy" as she added: "Every conversation sparked a new conversation."

She invited him to a FaceTime call to make sure he wasn't a catfish and described him as "even more handsome than she thought".

After two weeks of speaking to one another, Matt surprised her with plane tickets to visit her in Nebraska on May 24.

At the airport, Matt said he shouted: "Oh my God, you're real and not a catfish."

They spent their time together attending the College World Series and Taylor even introduced him to her family.

The happy couple have seen each other three times since, as she flew out to Matt's hometown a few weeks later.

So what's the future for Taylor and Matt?

Well, they have already scheduled to visit each other one weekend of every month for the remainder of this year in different spots.

Taylor said: "Typically I am not the person who would comment on a stranger's video.

"But in this instance, I don't know what got into me, but I did both of those things.

"This was indeed a chance encounter, I now more than ever have full faith in the fact that everything does happen for a reason.

"I am so grateful for this app and for Lindsay and her baby, because without any of that, Matt and I would not know the other existed."