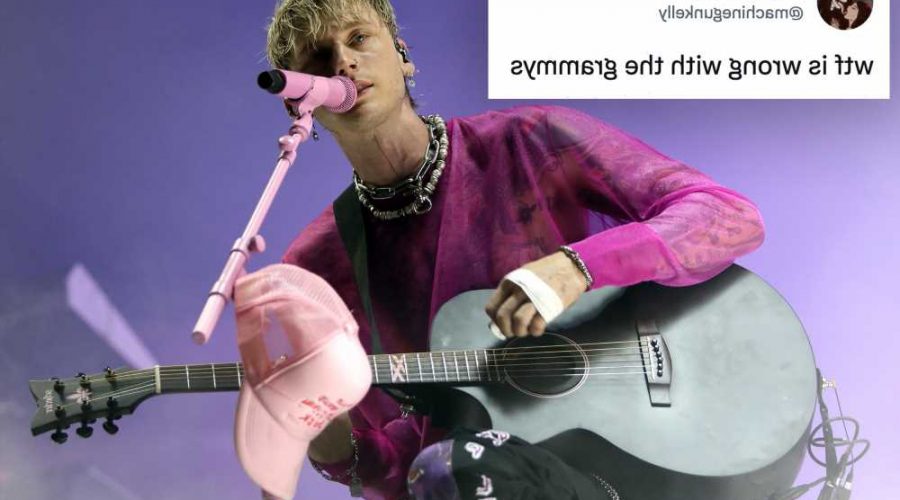 Guess they forgot him too.

Machine Gun Kelly called out the Recording Academy on Tuesday after learning that he didn’t receive a single nomination for the 64th Annual Grammy Awards.

“wtf is wrong with the grammys,” MGK, 31, tweeted shortly after the 2022 nominations were announced.

Fans of the “My Ex’s Best Friend” rocker quickly replied to the tweet to share their support – and drag the Grammys.

“U deserve the world and I wish we could have gave [it] to you … if it were up to us, all the awards would be yours. Your art and talent go away [sic] beyond that, but I’m sorry anyway… ILY to the moon and back,” one fan tweeted.

“ SAY IT WITH ME!! Machine Gun Kelly deserved to be nominated for a Grammy!!” another angered stan argued.

A third person tweeted, “Trust me. You deserve a Grammy but the Grammys don’t deserve you. You made it more than clear how passionate you are and how strong the movement, they have no idea how talented you really are! We love you man.”

One diehard even even noted that the Recording Academy interviewed MGK (real name: Colson Baker) earlier this year, only to leave him off the docket completely.

“So they interviewed you earlier this year making it seem like its XX Year and then….wtf @RecordingAcad yall must’ve forgot about that?” the critic wrote.

MGK, who dropped his massively successful “Tickets to My Downfall” album in 2020, has never been nominated for a Grammy despite the record topping the Billboard top 200 charts.

The boyfriend of Megan Fox did take home the award for Top Rock Artist at the Billboard Music Awards, however.