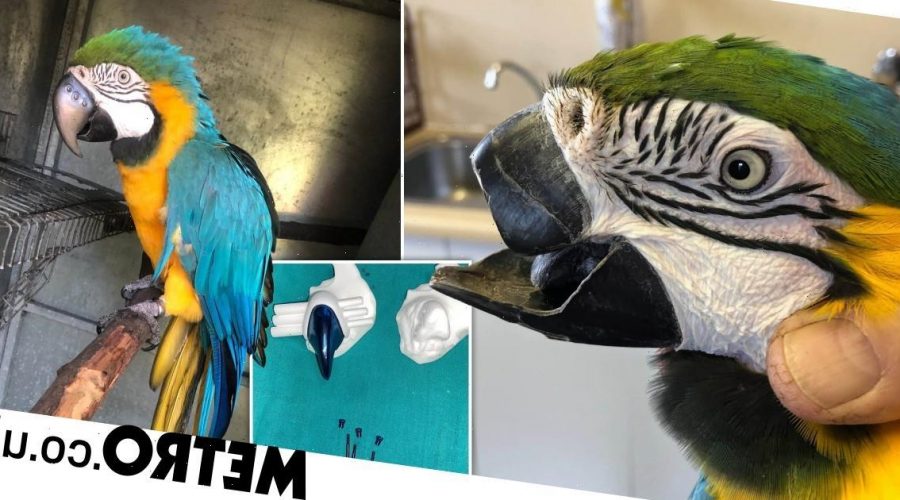 A macaw whose beak was torn off in a fight with another bird has been fitted with a groundbreaking 3D-printed titanium prosthetic beak.

Max is a rescue bird, believed to be about 20 years old. But when he was injured and left with only his bottom beak, he was unable to eat solid food – which left him very vulnerable.

So, a team of South African veterinary specialists stepped in and fitted Max with his high-tech new beak. The procedure to fit the prosthetic took just over an hour to complete, and Max was eating again within a day.

‘When Max’s top beak got broken off, that piece was kept and given to Dr. Brendan Tindall, who made a mold of it to keep if needed,’ Trevor Glover, owner of Hyacinth Haven Bird Sanctuary in Plettenberg Bay, South Africa, told Zenger News.

‘When the remaining part of the beak left on Max had settled completely, an impression of the stump was taken. These two items were sent to Bunnycorp to scan into their CAD program. This then formed the basis of discussion and from that, the initial trial beaks were designed.’ 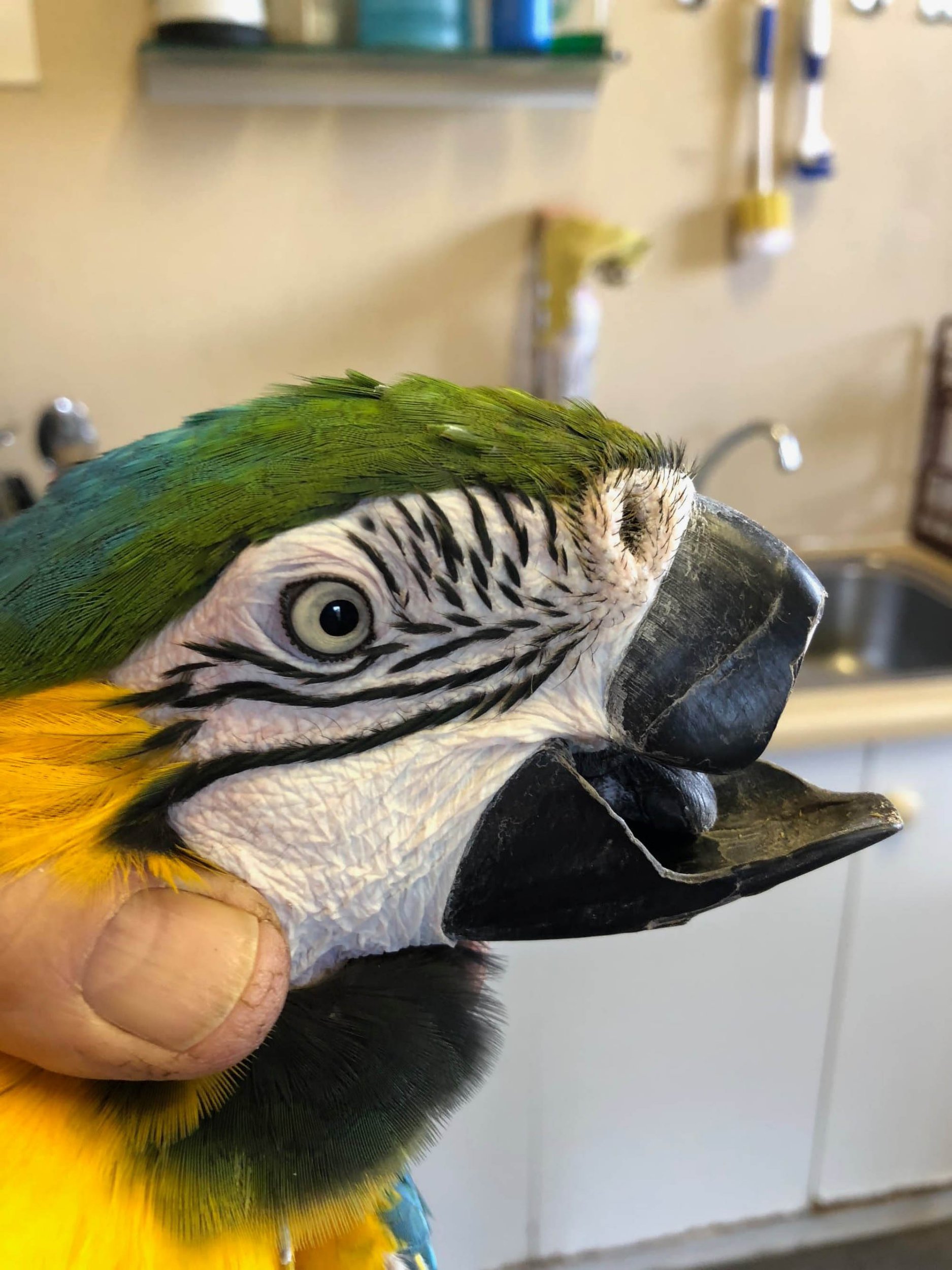 It took two years for the final prosthetic to be printed in titanium, and during that time there were several other impressions taken to check the stability of the remaining stump.

‘This was aided by the CAT scan, done to confirm there was enough solid material available to which the prosthetic could be attached. The waiting period also confirmed the stump showed zero growth,’ explains Trevor.

Using the two 3D scans and the CT scan, the company managed to rebuild the beak digitally. It was a breakthrough move as the procedure had never been performed in South Africa before.

‘Importantly, this laid the groundwork and started a knowledge base which would allow this procedure to be utilized for other birds,’ Trevor added.

The lucky macaw is currently being kept separate in the sanctuary’s hospital aviary.

According to staff, Max is feisty and has a bad habit of starting fights with other birds. So he is being kept apart to prevent the new beak being torn off again if he gets into another scrap.