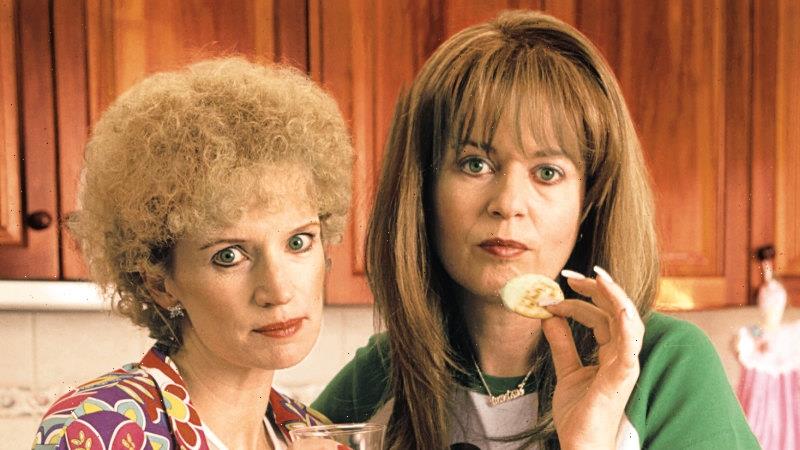 Rowdie Walden was only 10 when the first episodes of Kath & Kim went to air. But, 20 years later, he’s still obsessing over it – so much so, it’s just become part of his job.

Walden is the host of Look at Moi, a new podcast devoted to the iconic Australian TV series. In each episode, he enlists comedian Gabbi Bolt (of Ratatouille: The TikTok Musical) to perform a dramatic musical recap of a season of the show and then does a deep dive into one of the main themes with a special guest. 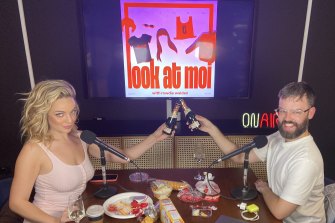 When we speak, he’s just finished chatting to Abbie Chatfield about the series’ depiction of sexuality (specifically how Kath and Kim became unlikely “gay icons”). They’ve been snacking on footy franks and guzzling some bubbly – the same piccolos Gina Riley and Jane Turner’s characters drank in The Mango Espadrille, the 2004 episode where they spew in a portaloo at the races and Kath gets carrot in her fascinator.

Walden – an award-winning podcaster, TV host and writer – took a screenshot to Liquorland to find the right ones.

“I could talk about Kath & Kim until I’m blue in the face,” he says.

“People used to think I was a bit strange for calling it my favourite show. But I think, recently, a new generation of people have discovered it – or rediscovered it. And now that it’s cool again, and I’ve been watching and obsessing over it for so long, I’m the cool guy.” 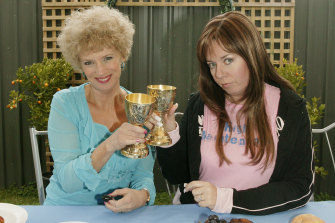 People might have differing opinions on how “cool” this all is, but he’s right on the point of popularity.

Kath & Kim is one of many shows from the early 2000s that have had a huge resurgence in recent years – and the force of that fandom has resulted in a wave of podcasts dedicated to recapping, reliving and reviving these once-dormant franchises.

This isn’t an entirely new phenomenon. Fan podcast Gilmore Guys started lovingly chronicling every episode of the 2000-2007 drama Gilmore Girls back in 2014. And in 2016 actors started getting in on the action too. This was when Joshua Malina (who played Will on The West Wing) and Hrishikesh Hirway of Song Exploder launched The West Wing Weekly: a methodical exploration of the series’ 154 episodes which sustained Aaron Sorkin-loving liberals through the entirety of the Trump presidency.

But, recently, the genre has exploded. There are now celebrity rewatch podcasts for The Office, The Sopranos, The O.C., Friday Night Lights, Gossip Girl, New Girl and Scrubs. And fan-led versions are getting increasingly niche and detailed too.

In 2020, in the midst of COVID lockdown, Melanie Tait and Kim Lester took listeners all the way back to the 1980s with A Country Podcast – a fortnightly deep dive into A Country Practice and “what stories it told about Australian society”.

And this year Sentimental Garbage host Caroline O’Donoghue teamed up with author and friend Dolly Alderton to present Sentimental in the City: a sprawling (and often extremely boozy) look back at Sex and the City. The two women – both in their early thirties – reflected in loving detail (episodes are as long as two-and-a-half hours) their shifting relationships to the characters, and its broader impact on culture.

There are a few factors behind all this. The first is the rise of podcasting in general; while fan communities have always obsessed over TV through written recaps and online forums, much of that is now shifting mediums. Recap and discussion podcasts have become the standard in the industry, with Netflix regularly dropping official companion podcasts with each new release.

But the focus on old TV shows is a result of two different things: the advent of streaming and an enduring hunger for nostalgia, especially during the pandemic when people often used familiar sitcoms as “security blankets” to deal with stress.

Kath & Kim, for instance, dropped on Netflix in 2019 – and Walden sees this as a huge factor driving its cultural resurgence.

“There was this period of time when computers didn’t have DVD players anymore, and it wasn’t on streaming services,” he says. “I was watching bootleg YouTube clips of the show, sort of cobbling it together. But, with it coming on streaming platforms, it’s kind of like a rebirth.”

For many people, this was the first time they watched the series since it finished in 2007. And, with more screenshots available to meme, fan pages like No Context Kath & Kim became more and more popular – each still from the show dropping into people’s social media feeds like snapshots of an old friend.

“In a world that’s so chaotic, we’re just looking for things that comfort us,” Walden says. “And, for people who grew up with it, Kath & Kim is ingrained in our personalities. You could just put the accent on any sentence, and it’s 10 times funnier to anyone our age.”

Engaging in a fandom is often like speaking a language. You exchange quotes and references that sound completely foreign to anyone not in the know. And, in that context, these kinds of podcasts make total sense; it doesn’t matter if a show came out 20 years ago or if you’re currently rewatching it or not, it’s always comforting to hear someone share an obsession.

“People are just craving something to lean into,” Walden says.

“It’s about getting some nostalgia and recalling things that make you laugh. But at the same time, I have dedicated a lot of my personality and a lot of my viewing time to this show … It’s about diving into something deeper too.”

05/27/2022 lifestyle Comments Off on Love rewatching old TV shows? There’s a podcast (or many) for that
Recent Posts