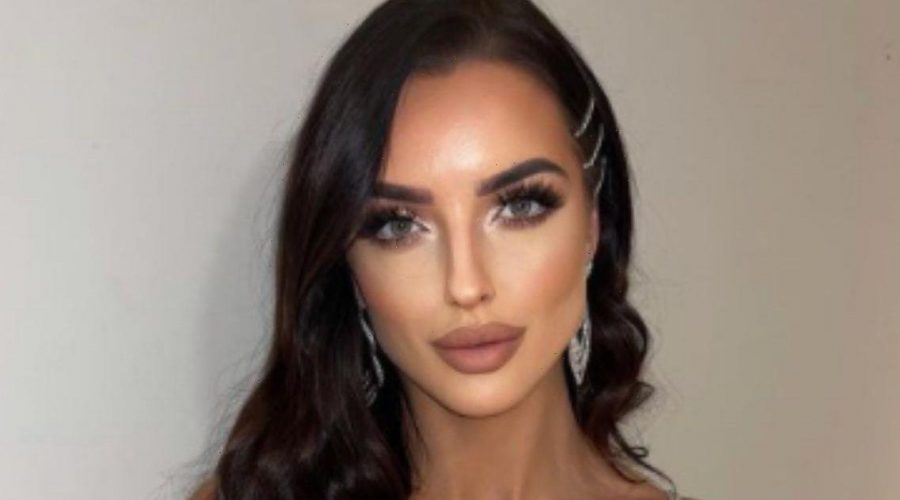 Celebs are lucky these days that they can turn to a bit of digital trickery to help them decide on a hair colour or style before they brave a real life makeover. These transformation apps they’re using allow them to try on a host of hues to very realistic results, as Amy Day has just discovered.

The Love Island 2021 star spent her Sunday evening scrolling through various cut and colour options in a bid to help her decide on a new style, but she ended up finding a few looks that she most certainly didn’t want to make permanent.

“Everyone’s getting new hair dos…I’m tempted,” she captioned a snap of her ultra-long raven-coloured locks.

The first look Amy tried on was a wispy fringe, which gave her a very Kim Kardashian from 2013 vibe. Though the majority of followers voted “yas”, Amy clearly wasn’t impressed as she captioned the image with a “LOL”.

“I would never do a bob,” Amy then wrote on the next slide, which showed her with a sleek chin-length chop.

Again, followers seemed to love the look on her with 53% saying “me likey”.

The next look up was a Marilyn Monroe-like blonde colour with tumbling waves – a look Amy clearly won’t be making permanent anytime soon.

Her followers agreed on this one, with 60% of voters saying they prefer her with darker hair. The same went for her next look, a blonde bob, where 72% of people voted for her to stick to longer locks.

Amy’s final look was our favourite of the bunch – a fiery red colour which gives her a Demi Jones from Love Island effect. Followers agreed with a whopping 77% urging her to give it a go in real life.

“OK this is too fun, I’ll stop now,” Amy said, spelling an end to the colour try-on session.

We wonder which look Amy will decide to take to her next salon appointment. We have a feeling she might go for a red, which is very on-trend at the moment with the likes of Lydia Bright and Stacey Solomon also giving it a go.

For all the latest celebrity news, including their hair and makeup secrets, sign up to the OK! Daily Newsletter now.