Mossimo Giannulli, the husband of “Full House” actress Lori Loughlin, has been sentenced to five months in jail for his role in bribing his daughters’ way into college.

Boston federal Judge Nathan Gorton approved the terms of Giannulli’s plea deal during a Zoom conference Friday morning, saying it was “sufficient but not greater than necessary punishment under the circumstances.”

The fashion designer will also pay a $250,000 fine and perform 250 hours of community
service.

Assistant US Attorney Kristen Kearney said Giannulli, 56, displayed “a complete disregard for right and wrong,” and a “privileged and entitled attitude.”

“This disrespect of right and wrong deserves a meaningful sentence of imprisonment,” she said. 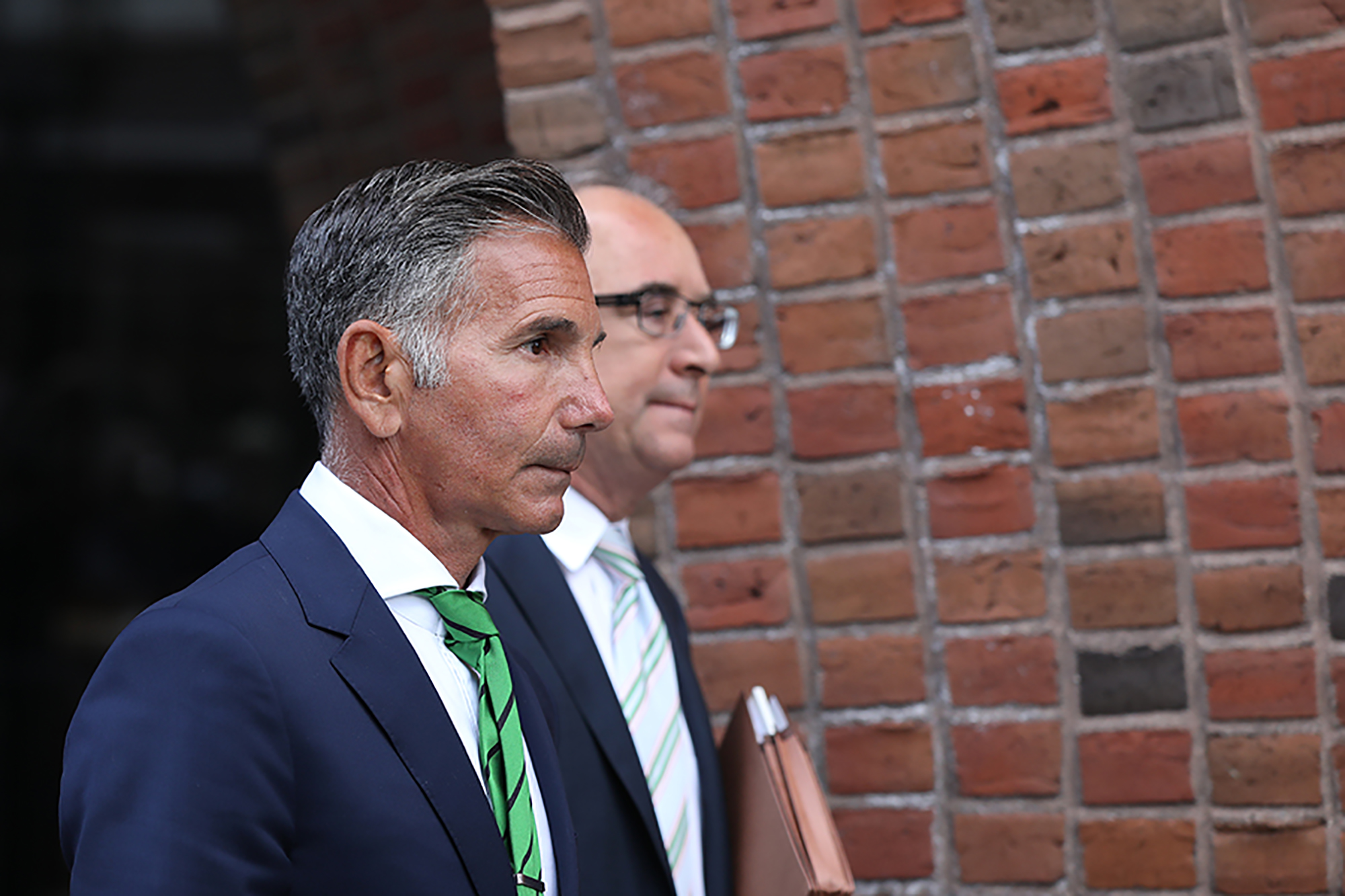 In their sentencing memorandum filed earlier this week, prosecutors said Giannulli deserved a tougher sentence because he was “the more active participant in the scheme,” while Loughlin “took a less active role, but was nonetheless fully complicit.”

The California couple paid $500,000 to admitted college scammer William “Rick” Singer to get their daughters Olivia Jade and Isabella Rose accepted into the University of Southern California.

The girls were accepted as rowing recruits — even though neither played the sport.
Prosecutors said Giannulli even tried to hide the scam from Olivia Jade’s “nosey bastard” of a high school counselor.

Giannulli and Loughlin pleaded guilty in May — after spending more than a year fighting tooth and nail against the charges.

Prosecutors agreed to dismiss charges of money laundering and federal programs bribery that were added after the case was filed.

They were among dozens of deep-pocketed parents and college coaches and employees who were charged last year in the sweeping college admissions scandal.

Among them were “Desperate Housewives” star Felicity Huffman, who served nearly two weeks behind bars late last year after admitting to paying $15,000 to have someone correct her daughter’s admissions exams.

08/21/2020 lifestyle Comments Off on Lori Loughlin’s husband Mossimo Giannulli sentenced in college scandal
Recent Posts
We and our partners use cookies on this site to improve our service, perform analytics, personalize advertising, measure advertising performance, and remember website preferences.Ok