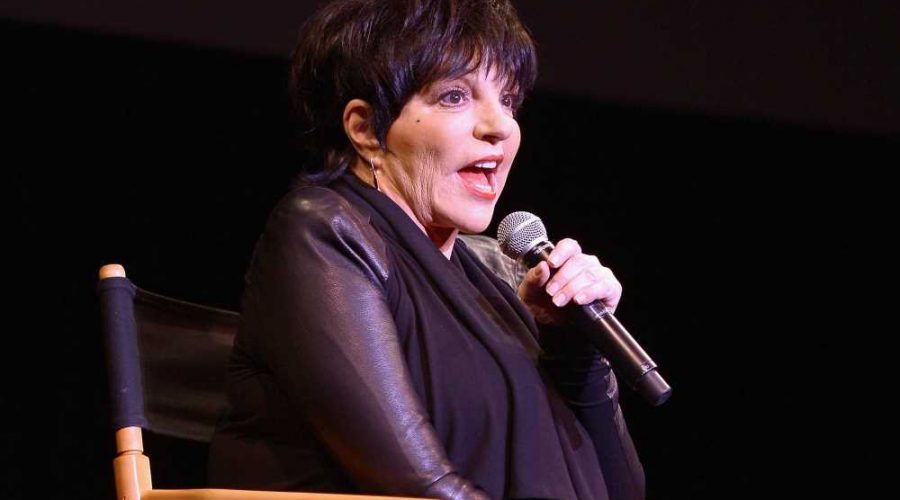 It’s Liza with a “Z,” not Lisa with an “S” and Liza Minnelli was back to her old self at a surprise appearance at longtime pal Michael Feinstein’s concert at the Arboretum in LA on Saturday.

Unlike her wheelchair-bound appearance at the Oscars this year, Minnelli walked out onstage and “was very coherent and in good spirits,” a concertgoer told Page Six.

Minnelli even got the director’s chair she was promised at the Academy Awards. She was escorted onstage to the chair and dazzled in a black sequined blouse paired with a red scarf.

A source close to Minnelli told Page Six “she wanted to be there to support her friend. She wanted to celebrate him.”

“I’m so excited. I haven’t been out here in so long. I love you. Thank you for all the years of joy that you brought me,” Minnelli told the crowd before joining Feinstein for a rendition of “Our Love is Here to Stay.” 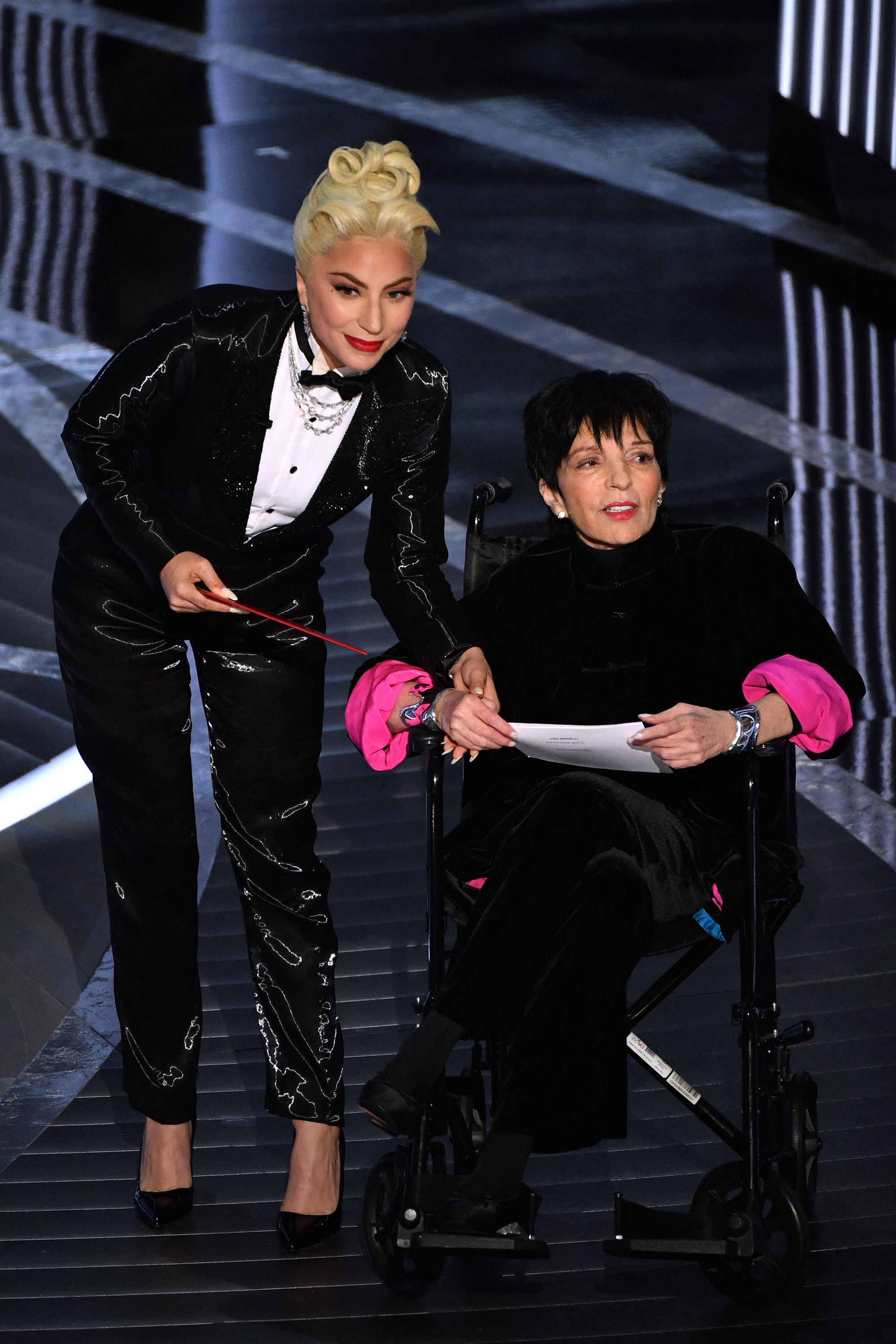 Feinstein revealed to SiriusXM’s Jess Cagle that Minnelli was initially supposed to appear onstage at the Oscars sitting in director’s chair, but plans were scrapped at the last minute.

Feinstein alleged that Minnelli had “only agreed to appear on the Oscars if she would be in the director’s chair, ’cause she’s been having back trouble.” He further claimed a stage manager forced her to use a wheelchair five minutes before she was set to appear, and it left her “shaken” and “discombobulated.” 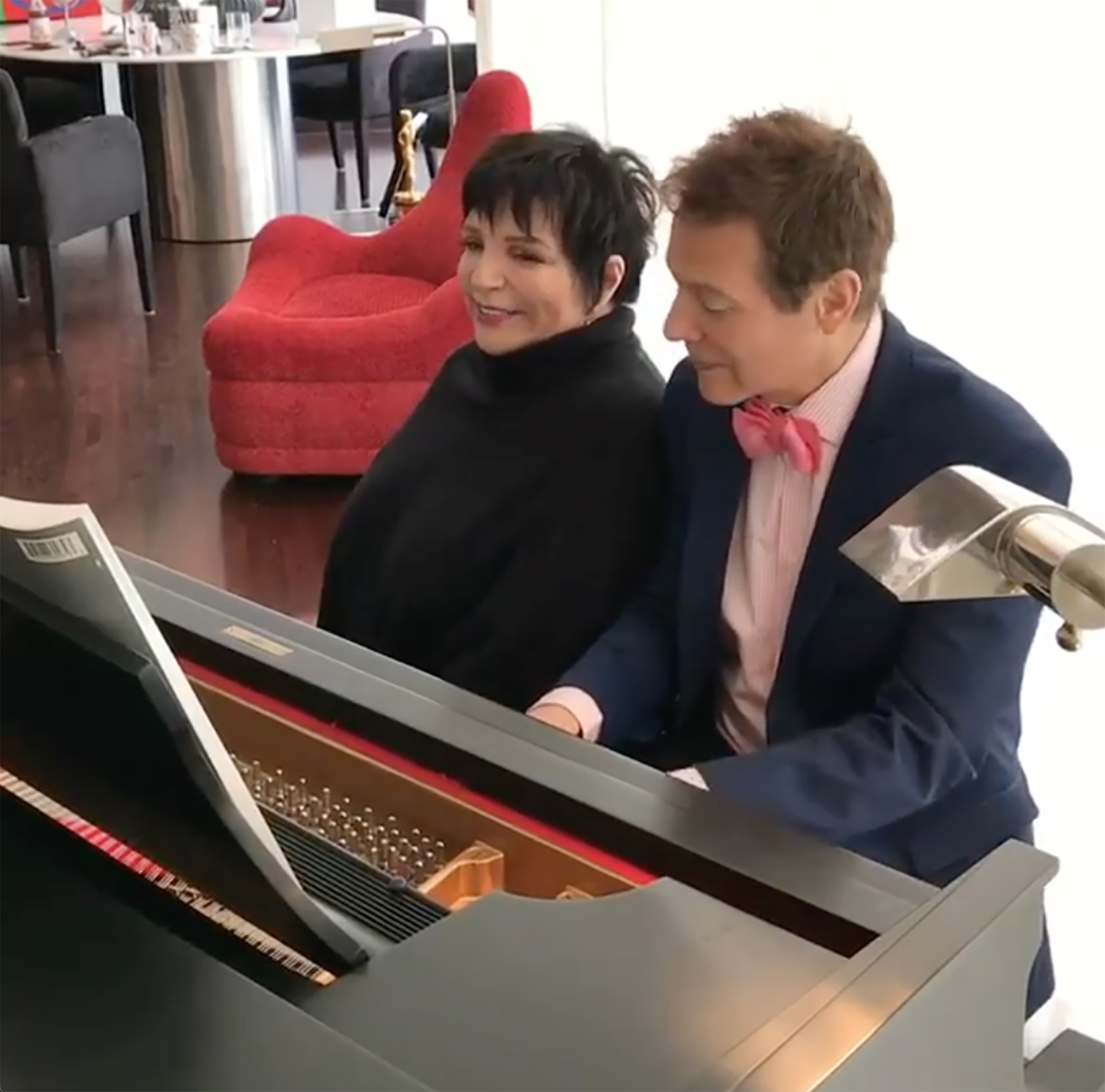 On Saturday, however, Minnelli was in her element singing Gershwin with Feinstein.

After the concert, we hear Minnelli and pals continued the party at Feinstein’s house, where “she sang a couple of songs and reminisced about old times. Everyone was so happy to see her,” an insider shared.