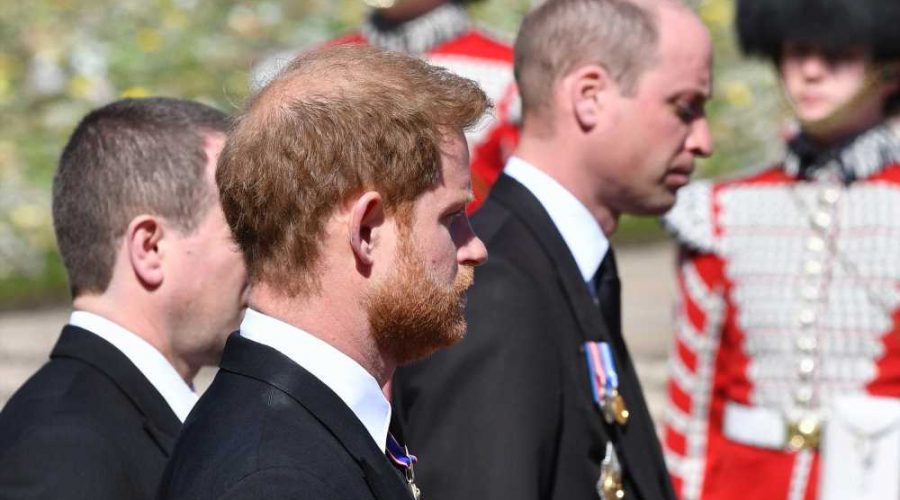 Prince William told his brother Prince Harry during their grandfather’s funeral that the service “was great” — to which his sibling replied that “it was as he wanted it,” according to lip readers who analyzed the interaction. 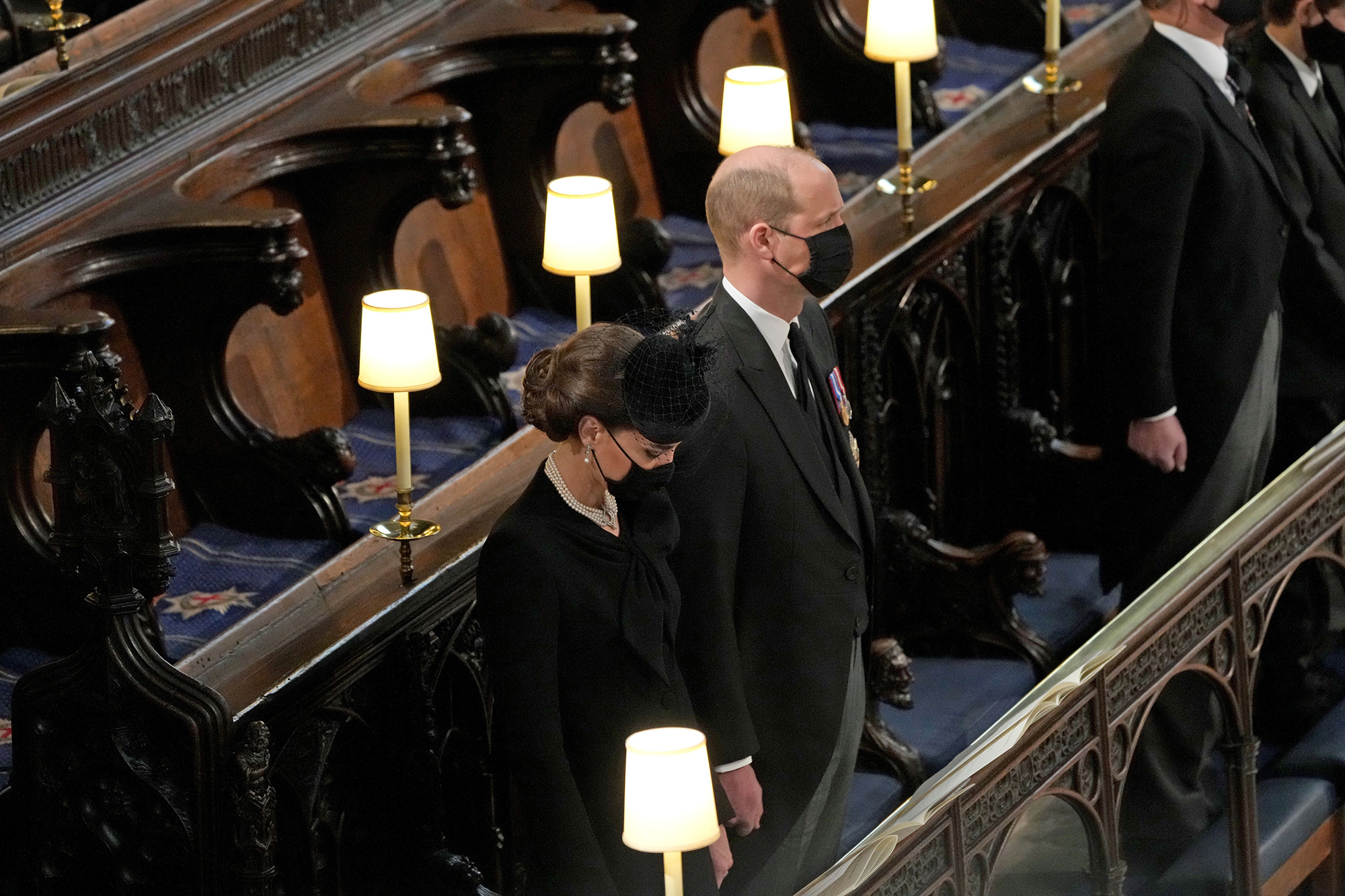 The estranged brothers were seen amiably chatting for several minutes during the televised funeral for 99-year-old Prince Philip on Saturday and then spent a couple of hours together behind closed doors with their father, Prince Charles. 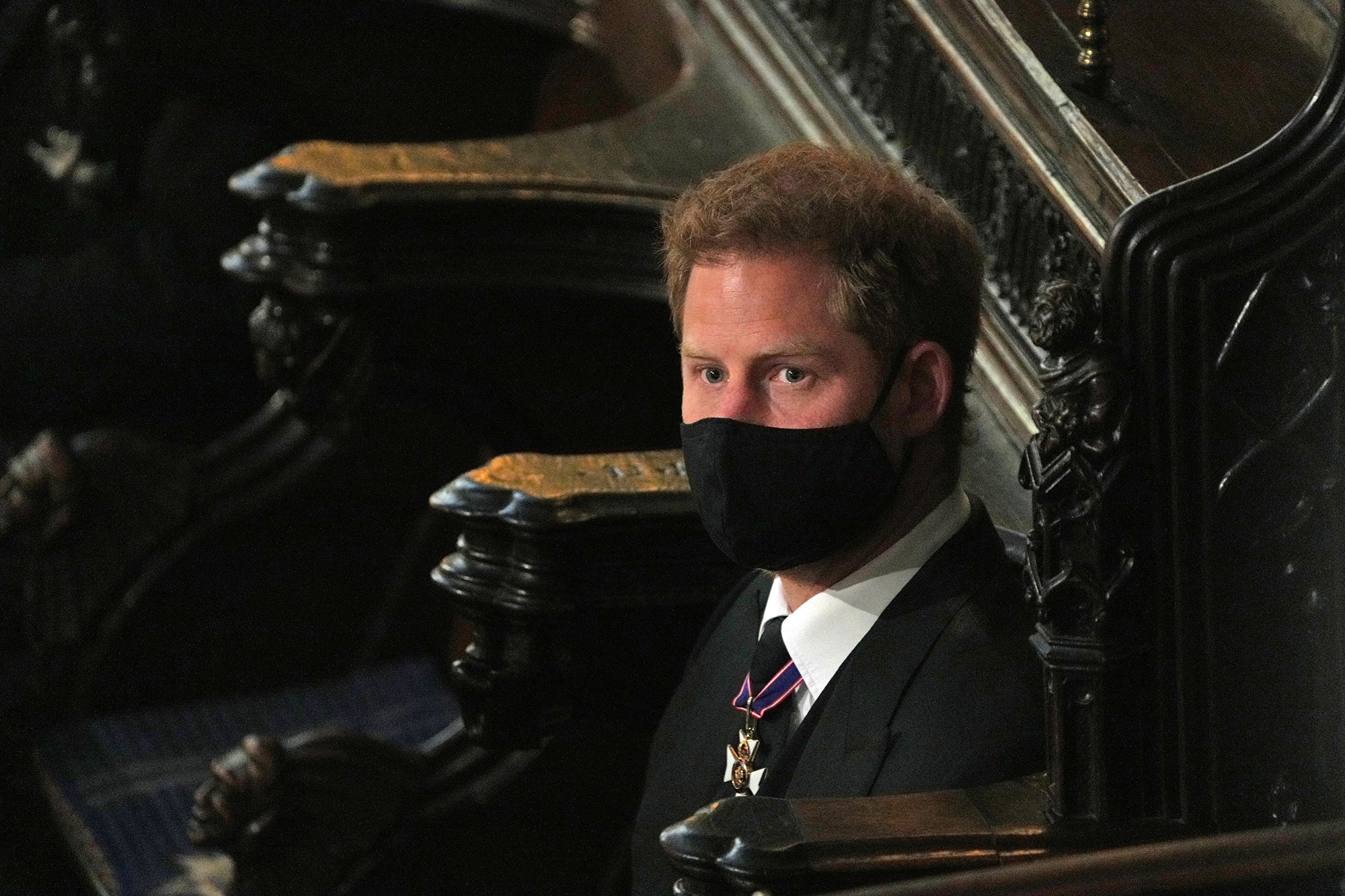 “Yes, it was great, wasn’t it,” the 38-year-old Duke of Cambridge reportedly told his 36-year-old brother once they both removed their masks, lip readers told UK newspaper Daily Express.

“It was as he wanted it,” the Duke of Sussex replied. 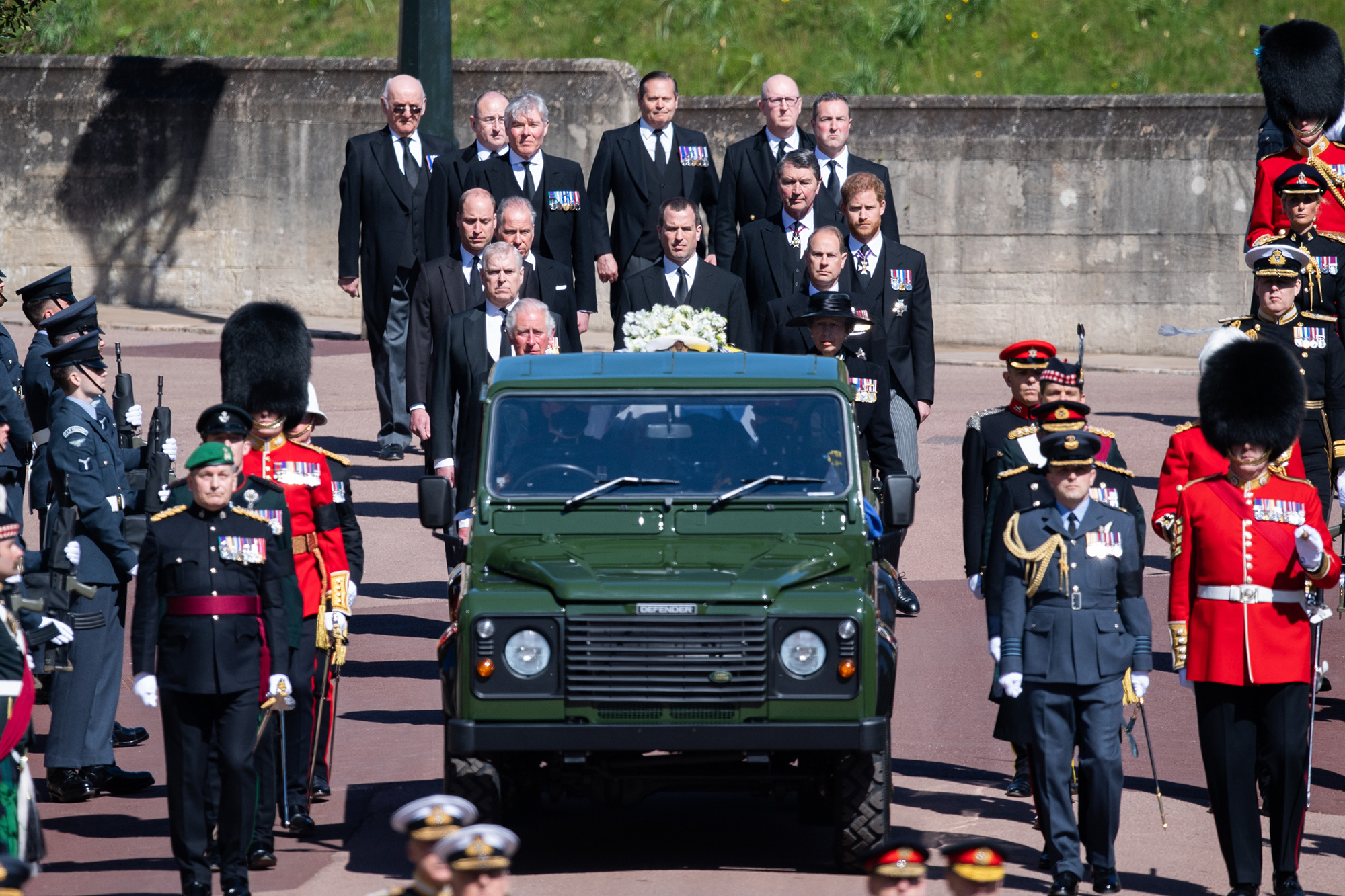 William had personally asked not to walk side by side his younger brother, leading the two to be separated by their cousin Peter Philips, son of Princess Anne. 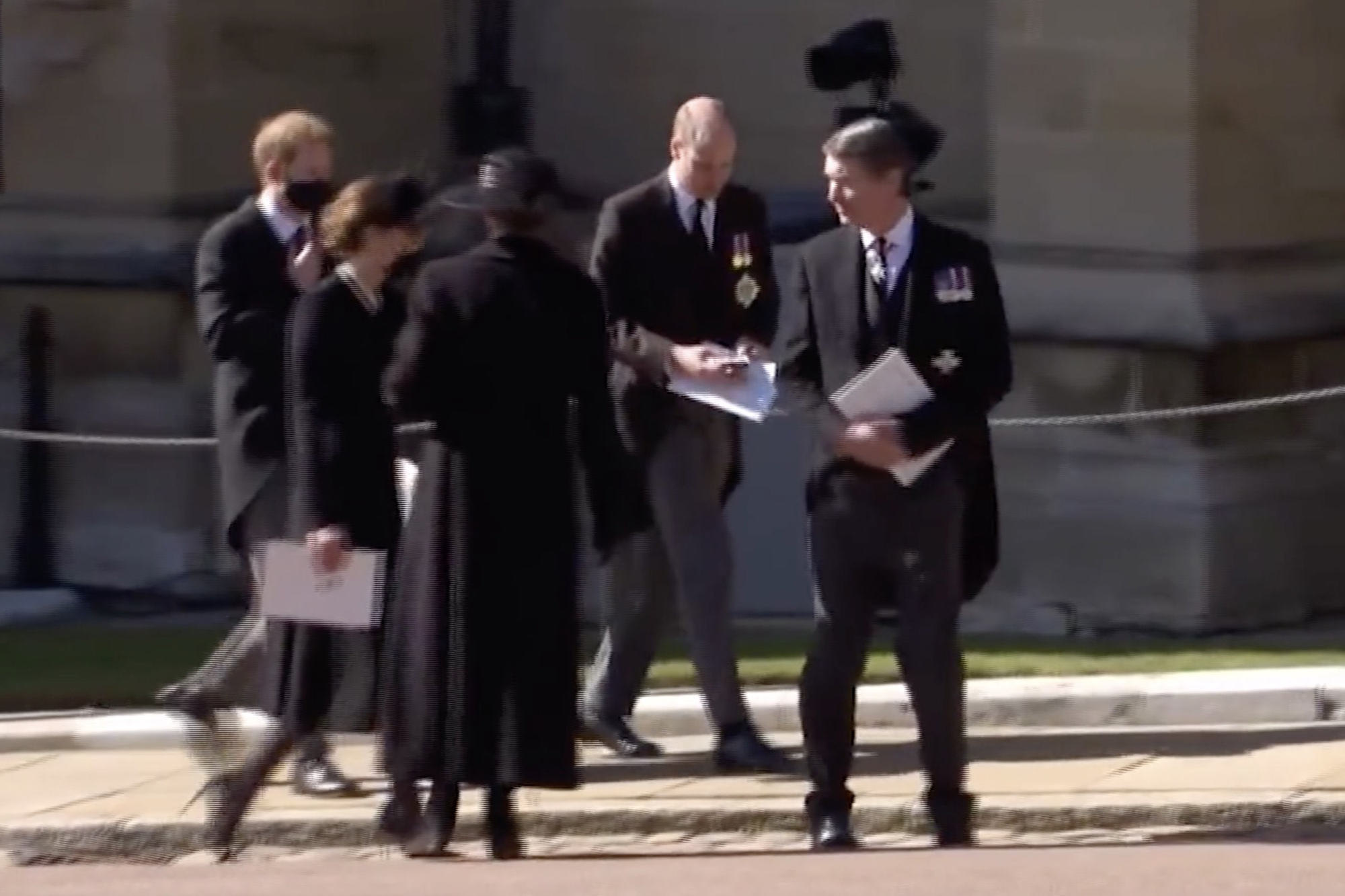 That was just one example of “a great deal of frostiness” Harry faced during his first time home in the UK following the damning allegations Harry and wife Meghan Markle made against his family during their TV tell-all, sources told the Mail on Sunday. 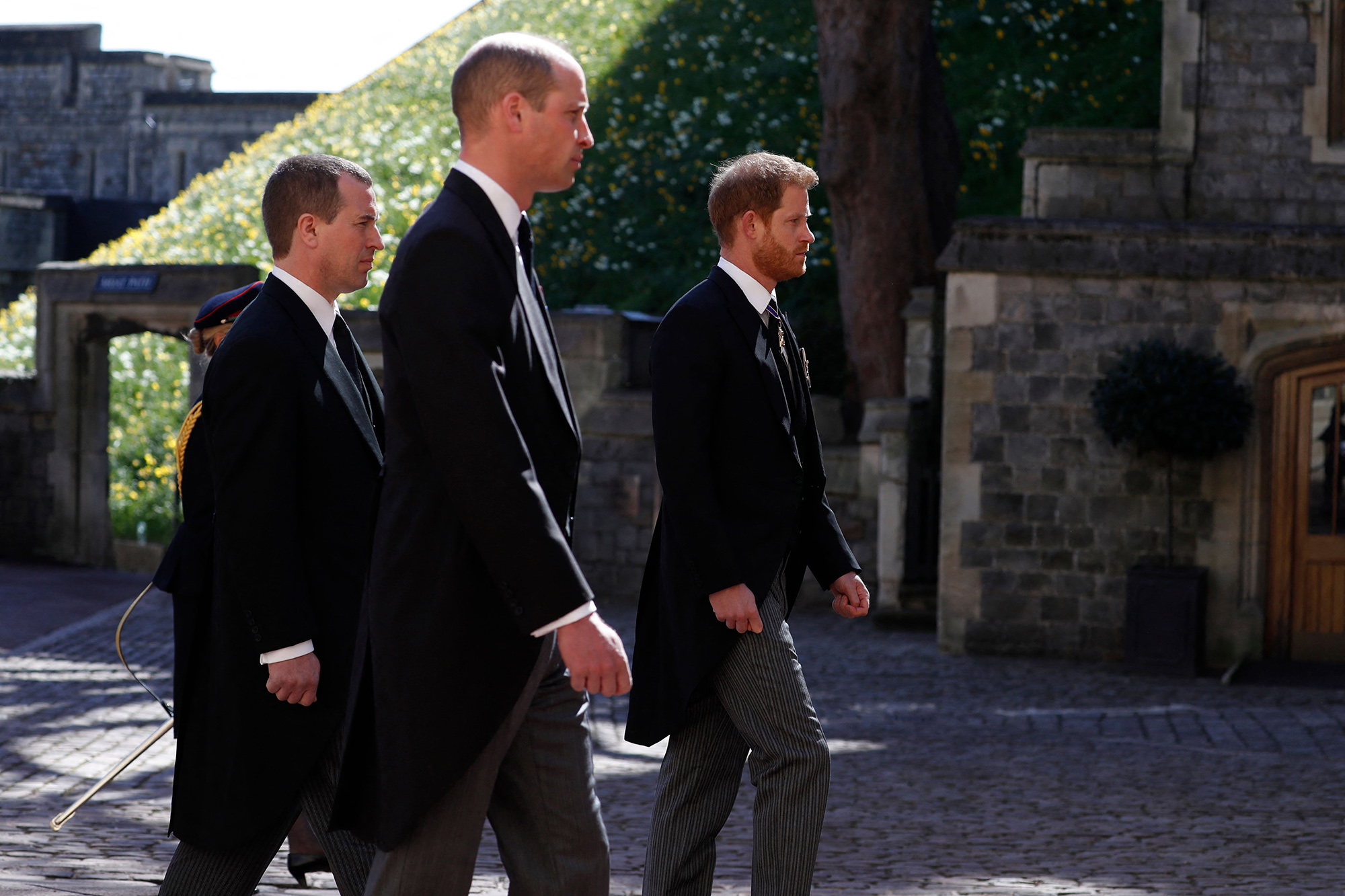 Queen Elizabeth II’s daughter, Anne, and youngest son, Prince Edward, 57, failed to even acknowledge Harry before or during Saturday’s service, as did Edward’s wife, Sophie, the UK paper also claimed.

“It’s often said funerals are a time for reconciliation and that’s a scene a lot of people wanted to see, not least the family itself,” said ITN’s Tom Bradby, the Express reported. 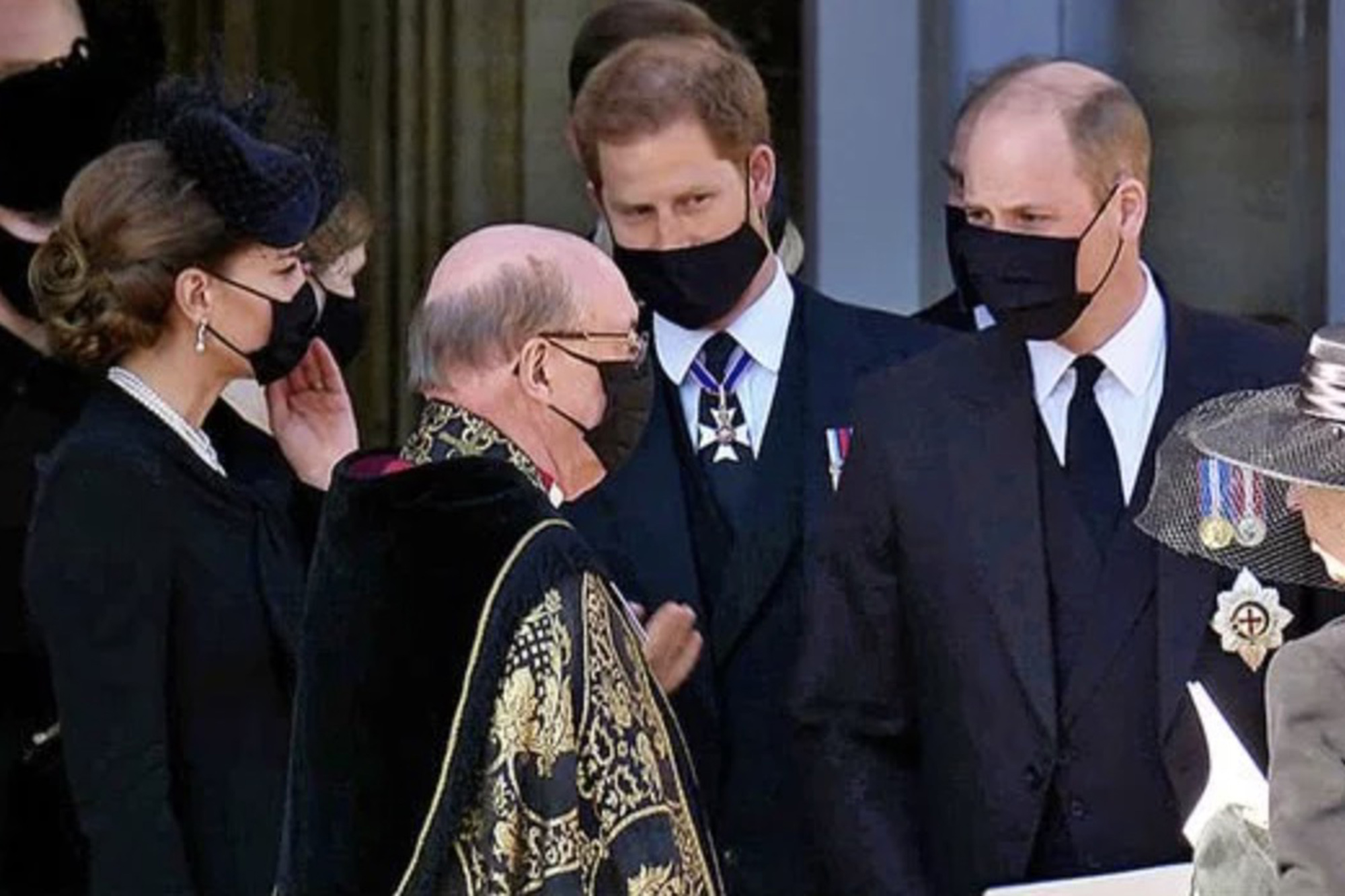 “They were talking. They were possibly overcome by emotion. They were talking – and that’s got to be a very good sign. Let’s hope that they sort their recent troubles out because the Queen needs them both,” commentator Eve Pollard said, according to the outlet.

Harry is expected to jet home to his pregnant wife on Monday.