Lily James looked unrecognizable while in costume as Pamela Anderson for the forthcoming miniseries “Pam & Tommy.”

In new photos, the British actress transformed into the “Baywatch” babe with blonde hair, pencil-thin eyebrows and a pink satin robe. The “Downton Abbey” alum also wore a face mask in accordance with COVID-19 safety regulations.

James, 32, is set to play the Playboy bombshell opposite Sebastian Stan, who nabbed the role of rocker Tommy Lee in the Hulu drama. 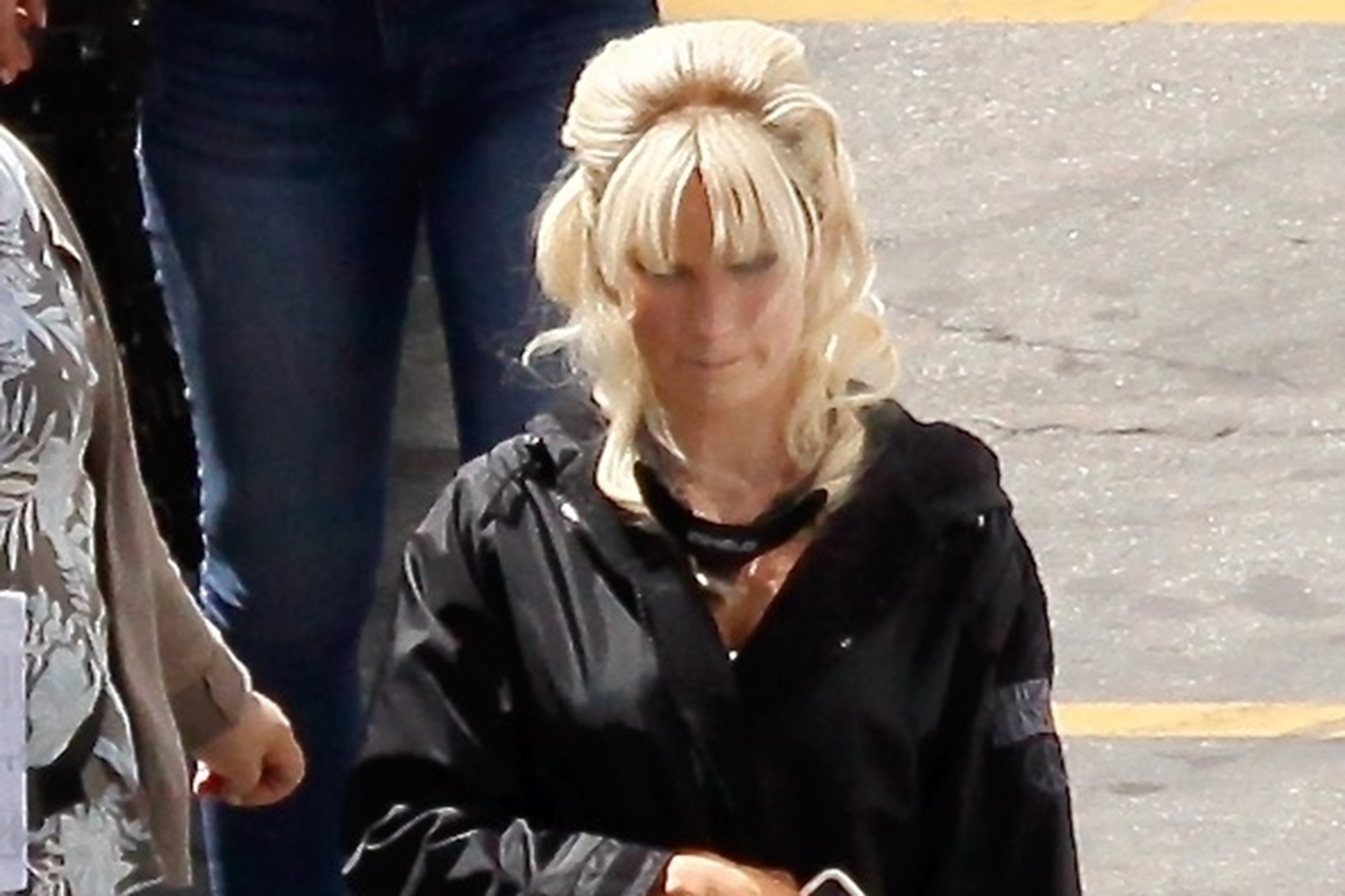 Anderson, 53, and Lee, 58, married in 1996 after knowing each other for only 96 hours and divorced in 1998. They share two children together, sons Brandon and Dylan.

The Hulu miniseries will follow the couple’s whirlwind relationship, as well as their infamous sex tape scandal and subsequent legal battle with Internet Entertainment Group.

Anderson secretly tied the knot with bodyguard Dan Hayhurst on Christmas Eve. The couple wed at her home on Vancouver Island. 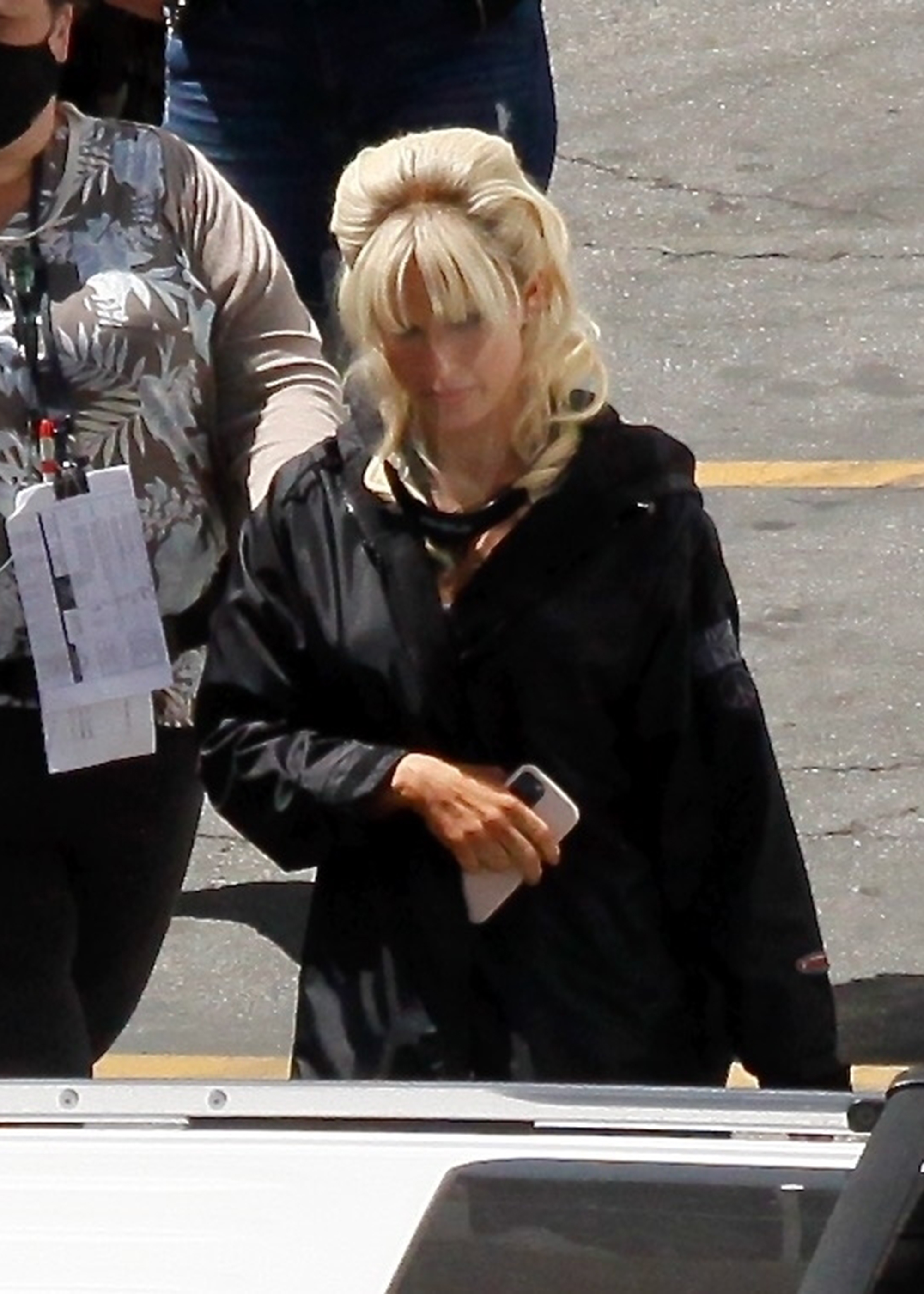 “I was married on the property I bought from my grandparents 25 years ago, this is where my parents were married and they are still together,” she told the Daily Mail. “I feel like I’ve come full circle.”

Anderson opted for an unconventional look for her wedding day, pairing a vintage satin slip from the 1940s with a silk baby blue ribbon corset from Lace Embrace and a matching pastel tulle skirt by Joanna Delaney Bridal. 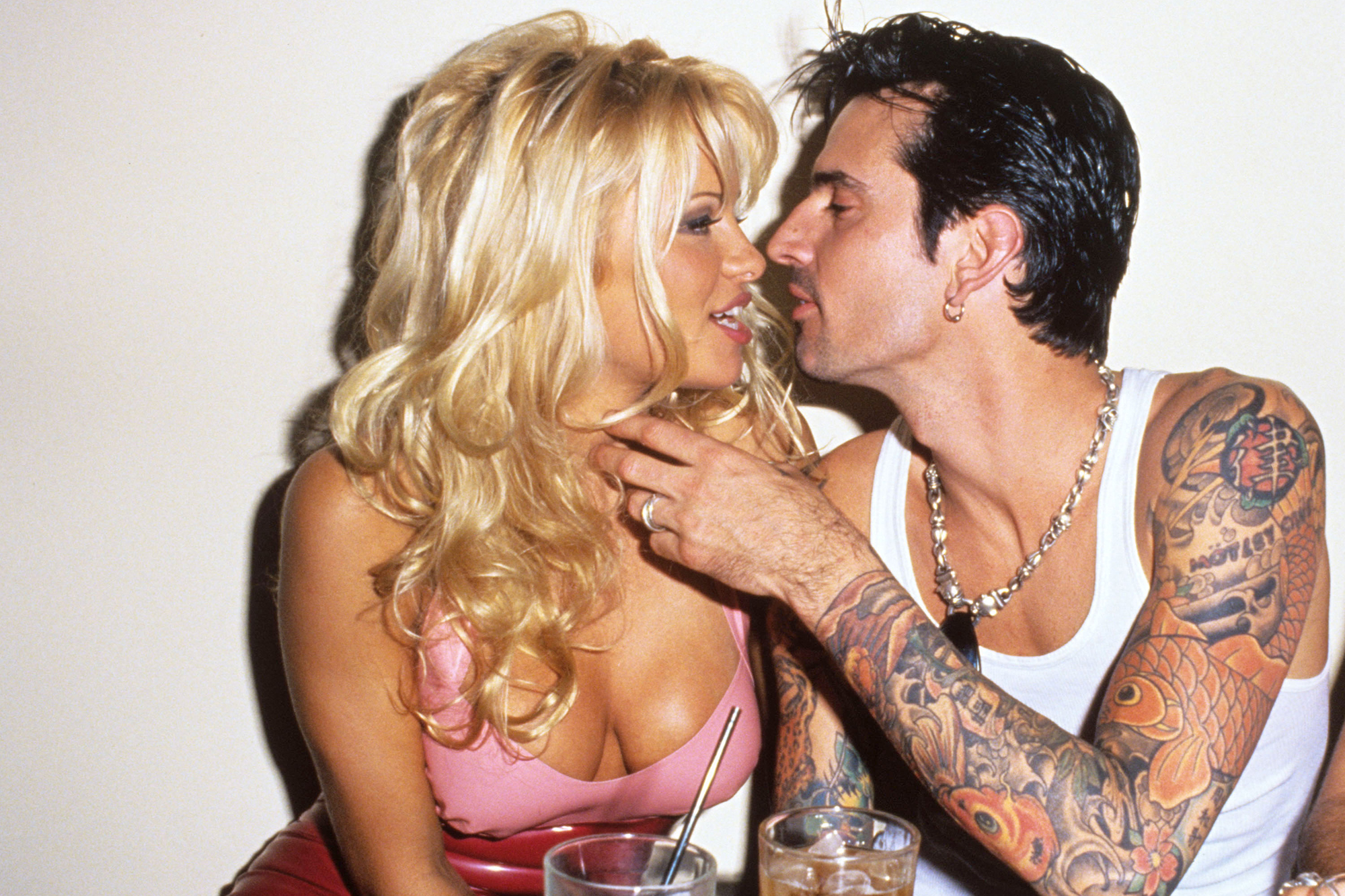 She accessorized her bridal attire with a long polka-dotted Valentino veil inspired by Princess Diana, along with knee-high green Hunter rain boots. Anderson did not wear any jewelry, and wanted “no diamonds” on her wedding ring.

James, meanwhile, has remained out of the spotlight since the fall when news of her alleged affair with Dominic West broke. James finally addressed the scandal in a new interview published this week, saying, “There is a lot to say, but not now, I’m afraid.”