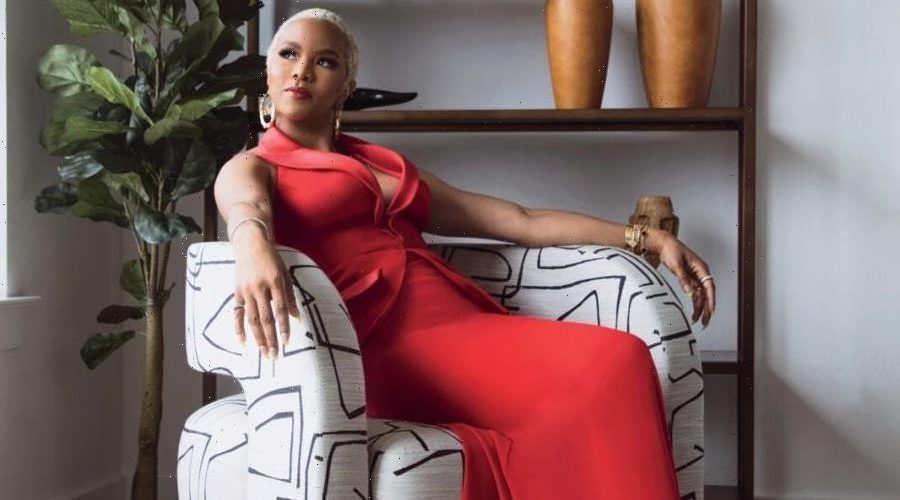 This story appears in the September/October issue of ESSENCE, available on newsstands now.

Of all the ventures and endeavors that LeToya Luckett is working on— including her YouTube series Leave It To LeToya; a recurring role on the second season of Starz hit Power Book III: Raising Kanan; and successful fashion collaborations with stylist J. Bolin—her biggest project is the one closest to her heart. And it has nothing to do with entertainment.

The 41-year-old singer and actress has just finished building her first home in her native Texas. It has rooms for both her 3-year-old daughter, Gianna, and 2-year-old son, Tysun—as well as a play room for them to have their own space to “run around,” she notes. It has the kitchen she has always wanted, a piano room and a bedroom that she says she “cannot wait” to rest in. Located in a cozy community more than 30 miles outside of Houston, the house is the perfect place for Luckett and her children to have a fresh start. 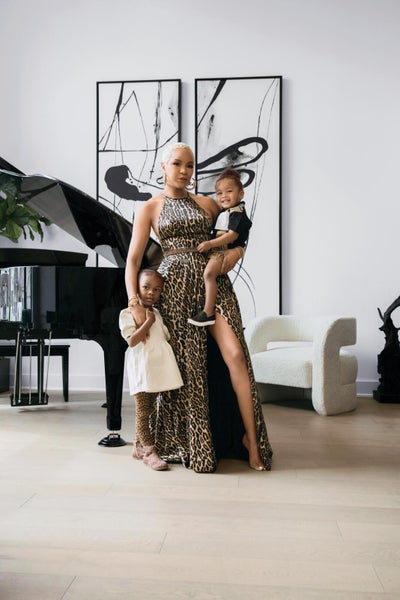 More than a year ago—and less than a year into the chaos of the COVID-19 pandemic—Luckett found herself also dealing with the end of her marriage. She announced that she was getting divorced shortly after her third anniversary.

“You’re already having to deal with the loss of normalcy,” she says. “And then, on top of that, having another death, the death of a marriage. Honestly, to this day I still don’t understand how I coped with that, outside of prayer, meditation, a good therapist and just really putting everything in the hands of God.”

She needed all the support she could get—from friends and family, her therapist and her spiritual source—to make it through what she calls her “season of loss.” She had just given birth to her second child and was dealing with postpartum depression while caring for a toddler. On top of that, she was trying to come to terms with the reality that she would soon be a single mother. In order not to fall apart, Luckett chose to confront every feeling head-on and take things “day by day, minute to minute, second by second, emotion by emotion.”

“This isn’t something you can just glaze over and move on like nothing happened,” she says. When Luckett was 10, her own parents divorced. She watched her mother, Pamela, become a “superhero,” getting everything done while keeping her feelings about the dissolution of her marriage tucked inside. But when Luckett found herself in a similar situation, facing the end of a covenant she took very seriously, she wasn’t interested in wearing that same cape. She wanted to keep it real. “I just knew that I had to be strong—but also, I’m not a superhero; I’m a human being,” she says. “I wanted to feel all the feelings so that I wouldn’t have to revisit this at a later date. I didn’t want to shelve my emotions.” 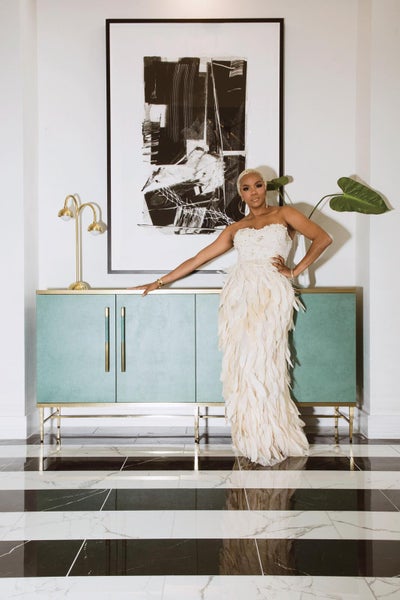 When asked how she’s coping now, after doing the work, her voice perks up. “A whole lot better,” she says. “It’s lit! I’m in a great place,” Luckett adds. “I’ve learned about creating healthy boundaries for myself. I’ve learned to listen. I think that’s what I’ve learned most—a lesson on listening to myself, and trusting myself, and all of that, but also listening to other people. They’ll tell you who they are. They’ll show you.”

She’s also learned to prioritize her peace, not only for herself but also for the sake of her kids. “The most important thing to me is my mental health and taking those moments to go, You need to get still,” she explains. “You’re overwhelming yourself. You’re trying to be too much for too many people. You’ve got to take a pause.”

The need for such mindful self-care was tragically magnified by the untimely death of her close friend, makeup artist AJ Crimson. “He taught me about what I should do with my time, how I should focus my energy and all these different things,” the multihyphenate says. “He taught me that you can’t accomplish the things that you want to accomplish unless you create a healthy space for yourself.” She’s learned other lessons during this season as well. “Having the right people in your life, having the right people in your ear,” she shares. “Letting go of things that don’t serve you anymore. It’s major.”

All these experiences have ushered in what Luckett calls a “rebirth of Toya.” While one part of that restoration was doing the work to protect her mental well-being, another aspect involved shedding more than 60 pounds, gained from having children, so that she could feel like her old self again. And it also included building and moving into her dream home. 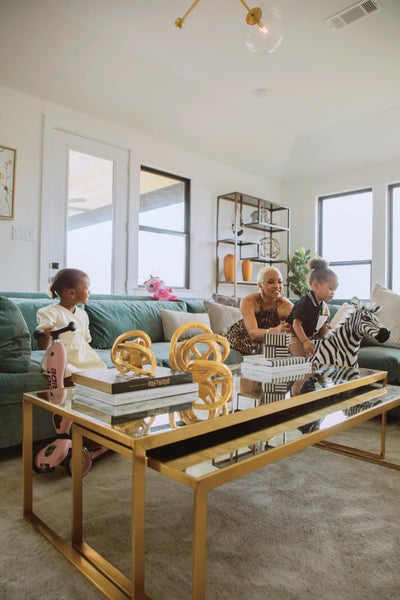 “Your environment matters,” Luckett asserts. It’s why she designed her surroundings into a place that’s sure to bring her and her kids joy. She worked with designer Michael Erno of Mitchell Gold + Bob Williams to fill the house with fresh, neutral, earthy tones. Curating furniture by Mitchell Gold + Bob Williams, Erno helped her pick pieces that would complement the natural shades in her space but also add a “fun pop.” These include a modern turquoise console, striped marble tile in her entryway, and “cool, calming wallpaper” in her bedroom. Abstract wall art here and a printed accent chair there complete the look.

It’s a place Luckett says she’s proud to have created. And in the category of things she takes pride in, she also includes herself—for making the hard but necessary decisions to bring about this new beginning, and for being an example of both strength and vulnerability to her children.

“‘Mommy is resilient,’” she says when asked what she hopes her kids will one day say about this time in their lives. “‘Mommy never gave up. Mommy did whatever she had to do, to fight for us and to fight for herself.’ I know I probably will have a lot of questions to answer from them later on in life, but I don’t mind answering them,” Luckett adds. “And I’ll answer them honestly, truthfully and from a real space, so that they know that Mommy was just fighting to do what was best, what she thought was good, and trying to keep my peace in the process.”

She pauses, then continues thoughtfully. “I think had I operated out of fear, I would’ve made some different decisions,” she reflects. “But this was a faith walk. So I hope they’re proud of me. I hope that they will understand.”

09/15/2022 lifestyle Comments Off on LeToya Luckett On Her Divorce And Overcoming A Season Of Loss: 'I Still Dont Understand How I Coped With That'
Recent Posts