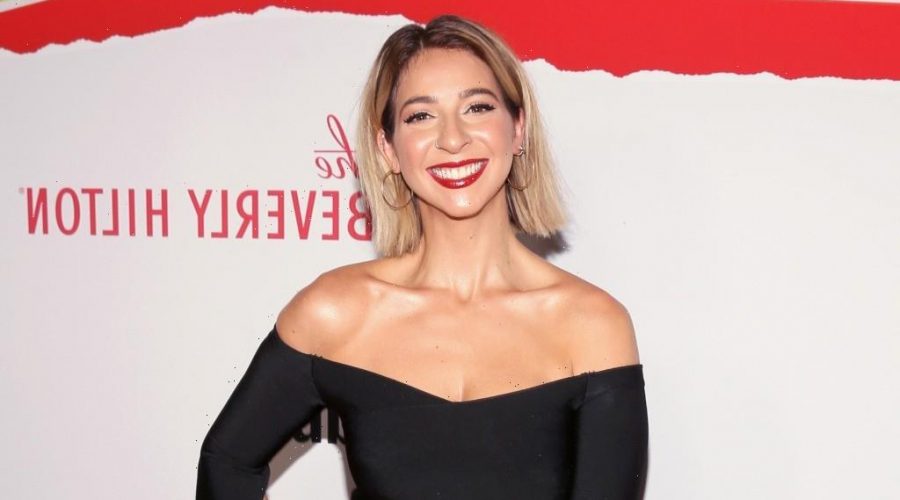 Gabbie Hanna was visited by police officers at her L.A. home Wednesday, after the social-media star raised serious concerns among her followers with a string of about 100 bizarre TikTok videos she posted over a 24-hour period.

Amid her torrent of recent TikToks, Hanna said police had checked on her and left her a “wellness card.” The LAPD, after receiving multiple calls urging cops to check on Hanna, brought in a psychological evaluation team, which after a consultation with her determined “she didn’t pose a threat to herself or anyone else” and allowed her to remain in her home, TMZ reported.

Hanna’s recent TikTok videos have shown her in various states of crying, screaming and laughing, talking about a range of topics including religion and death and declaring herself the smartest person on Earth. Several videos showed a message scrawled on her bathroom mirror in lipstick. Hanna previously has said she was diagnosed with bipolar disorder.

“Heaven is in earth believe or don’t but if u do you’d be real dumb to not tell everyone you know in joy tbh. Jesus is literally here. Or not. You choose I guess,” she wrote in the caption to one video.

Hanna also posted TikTok clips claiming someone broke into her home. That came a few hours after she posted videos with a stranger who had shown up at her house, “Nicolas,” who told her he was lost and “asked to use the bathroom”; Hanna said a friend had texted her, urging her to get the man out of her house.

Hanna has 7.5 million followers on her TikTok account, where she goes by “Trauma Queen.” Her most recent post on the service was around 10 a.m. PT on Wednesday.

In July 2021, Hanna revealed police had come to her home for a “wellness check,” coming after she posted a video of herself in a bathtub saying she would be going “offline entirely.” In a now-deleted tweet, she wrote, “The police just came for a wellness check and i answered the door stoned, covered in paint and wearing only my underwear and a ‘make sure your friends are okay’ t shirt. i can’t believe they didn’t take me away.”

Hanna’s representatives did not respond to Variety‘s request for comment. She is represented by CAA.

Pictured above: Gabbie Hanna at the 2018 Streamy Awards