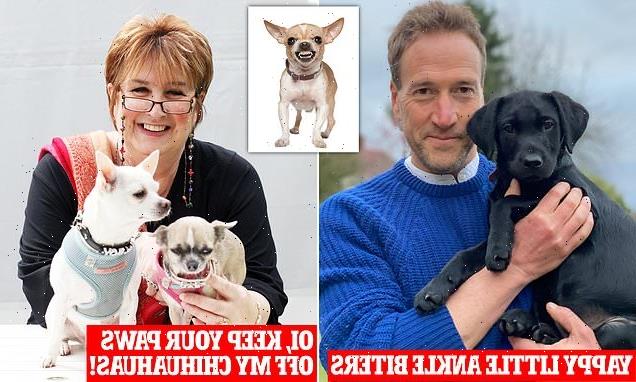 My travels have taken me all over the world and to some pretty unsavoury spots. But even I’d think twice before going to Phoenix, Arizona. Back in 2014, the city was overrun by feral chihuahuas.

In packs of 15 or 20, the yapping, snarling, aggressive little creatures were roaming the streets, surrounding children on their way to school and chasing bicycles.

They weren’t afraid to attack much bigger dogs — in fact, most of the time they seemed to be looking for trouble.

In just one year, pest controllers reported 6,000 calls from frightened people living in a single neighbourhood, with one resident complaining: ‘It makes it hard for the kids because they get chased down all the time.’ Sounds funny? Not to me. In fact, it sounds terrifying.

The average chihuahua weighs just 6 lb, but 20 of them together are the size and weight of a wolf, with a lot more teeth. 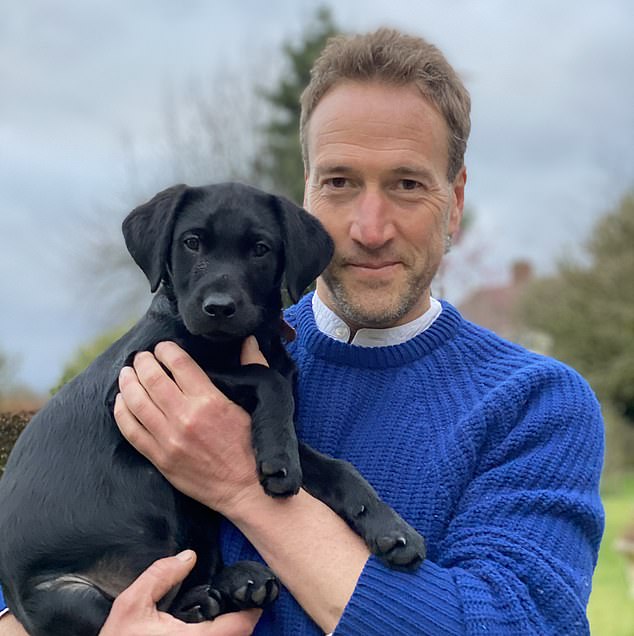 As the son of a vet, I grew up loving all creatures great and small. But when it comes to man’s best friend, size does matter: and smaller dogs are far worse than bigger ones. Pictured: Ben with puppy Tess

As the son of a vet, I grew up loving all creatures great and small. But when it comes to man’s best friend, size does matter: and smaller dogs are far worse than bigger ones.

That’s why I wasn’t even slightly surprised to read the news this week that researchers at the University of Helsinki have found that small breeds are by far the most likely to attack humans.

Among the snappy, yappy varieties identified were miniature poodles, miniature schnauzers and the Chinese crested.

Despite their tough reputation, Staffordshire bull terriers were rated as among the gentlest breeds, while least aggressive of all were labradors and golden retrievers.

Researchers compiled data on almost 10,000 dogs from all over the world, including some of the rarest breeds.

Well, those academics could have saved themselves the trouble and just asked me. I know it will provoke howls of outrage among lovers of small dogs, but my findings, conducted over a lifetime of doggie adventures, perfectly match what the scientists found. 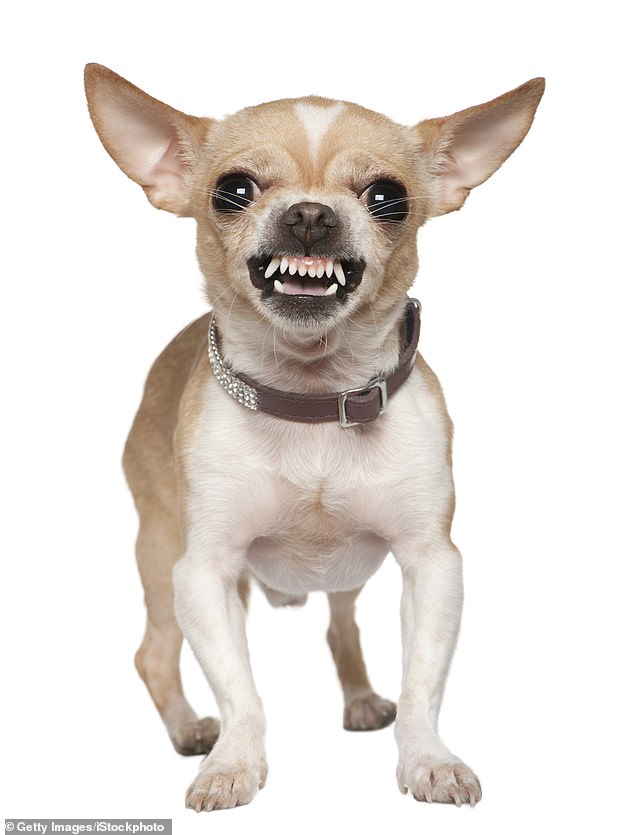 The average chihuahua weighs just 6 lb, but 20 of them together are the size and weight of a wolf, with a lot more teeth (stock photo)

I’ve suffered three dog bites in my life — and every time, the aggressor was a terrier. The first happened when I was seven. My late grandmother Jean had a little Norfolk terrier called Russet.

I remember bending down to stroke him, at which point he snapped at my fingers, drawing blood. It was a sharp and painful lesson that not all dogs are alike.

Russet had teeth and he wasn’t afraid to use them. I suppose you can’t blame him — I was ten times his size, and he wasn’t used to boisterous games with children. I must have looked like a rampaging orangutan.

All dogs are faithful to their owners and Russet lived alone with Grandma. I suppose he was just trying to protect her and his ‘territory’.

Another terrier gave me a nasty bite on the ankle because I strayed too close. I haven’t trusted small dogs since. When confronted with a yapping ankle-biter, I might pretend to be cheerful and jocular. But inwardly, I’m terrified. I have been known to cross roads to avoid terriers, or ‘terrier-ists’ as I sometimes prefer to call them.

And when I go running, I’m far more likely to be chased by a yappy Jack Russell or toy poodle lunging at my heels than something big and lolloping and gentle. The point is that small dogs are unpredictable.

Many of them seem to suffer from the canine equivalent of Napoleon syndrome: an inferiority complex characterised by being overly aggressive and domineering.

Think twice before you stretch out a hand to pat them on the head. You might come away without all your fingers.

My encounters with chihuahuas have hardly been better: if I say hello — to the dog or, very often, its owner — they snarl at me. What, I wonder, is the point of such yappy little dogs?

You can’t go for lovely long walks with them. They can be aggressive, snapping and unpredictable in public. They can be incredibly annoying when they ‘bark’ obsessively. 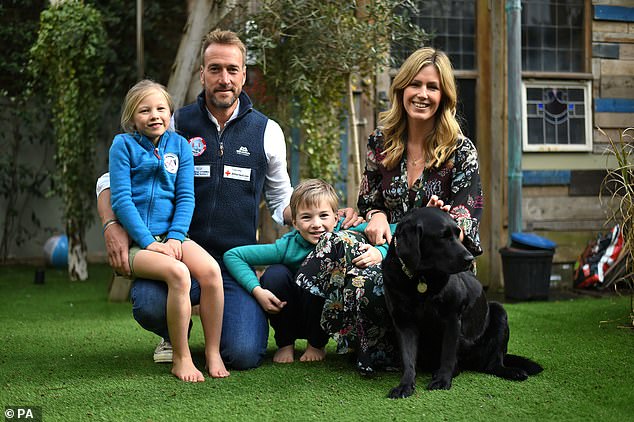 My own lab, Storm (pictured), has been chased and snapped at by more small dogs than large dogs — and I’m afraid to say that my son Ludo looks set to continue the family tradition of being wary of terriers after he was bitten by a rampaging one some time ago

And many ‘toy’ breeds are prone to serious health problems including hydrocephalus (water on the brain), where the dog’s shrunken skull causes pressure to build inside the brain, leading to terrible pain, brain damage and early death.

No wonder the smaller the dog, the bigger the bite. The bigger the dog, however, the softer the temperament. That’s why I’ve always had labradors. They are big softies with dark eyes and gentle, affectionate tongues.

Naturally, those brilliant Finnish researchers have proved definitively that labradors are the sweetest and most even-tempered breed.

And though I know better than to pet a stranger’s dog without asking permission, I feel thoroughly at ease in the park meeting a new Doberman — a breed that has a reputation for aggression, probably because its size makes it suitable for police and security work.

Humans and dogs have coexisted for millennia. It makes sense that, over time, larger breeds have been grown to be less aggressive as a whole — except in certain rare and well-trained cases such as police or guard dogs — because a large, aggressive dog can be dangerous.

With small dogs, however, perhaps there was less of an imperative to breed out their natural aggression: remember, strange though it might seem, that even the chihuahua is ultimately descended from the wolf. That’s why small dogs are more aggressive.

Many owners of small dogs insist on picking up their pets when they start snapping viciously at another dog — or child. I don’t understand this. It reinforces the animal’s fear of coming into contact with people and other dogs (and much of the time, what we think of as aggression can be rooted in fear).

But if you pick up your little dog, you’re not necessarily protecting it — you are reinforcing its bad behaviour. My own lab, Storm, has been chased and snapped at by more small dogs than large dogs — and I’m afraid to say that my son Ludo looks set to continue the family tradition of being wary of terriers after he was bitten by a rampaging one some time ago.

Terriers have been bred for killing things. March’s tragic attack on Freddie the seal showed this. Freddie had delighted crowds in London after he swam up the Thames, but he had to be put down after a Patterdale terrier attacked him while he lay sunbathing.

The best ratters are Jack Russells and Manchester terriers – quick, energetic and ferocious. They make ideal farm dogs, but you wouldn’t trust them with a kitten or a hamster, and I wonder whether they belong in cities at all.

One of the most famously spoilt and aggressive dogs in literature was a Pekingese appropriately called Tricki Woo.

He was owned by Mrs Pumphrey, a demanding client in the books of that novice vet James Herriot. Tricki Woo was fed on a diet of caviar, roast beef, trifle and brandy. Like millions of little dogs, he was much loved, I admit.

But give me a labrador any day. Dogs aren’t toys — so why have a toy breed?

Inspire by Ben Fogle is out now in paperback.

JENNI MURRAY: Oi, keep your paws off my Chihuahuas!

How dare the researchers at Helsinki University claim that small dogs are more aggressive than large ones!

I read the article to my three adorable chihuahuas, Butch, Frieda and Madge, soon after this morning’s walk in the park where they’d been barked and growled at, rather aggressively, by, first, a big black labrador and then a huge German shepherd.

They could not have been more insulted. ‘Nonsense,’ they muttered, ‘we didn’t even bark back.’

OK. They do bark sometimes, but only when they’re protecting me. They’re never yappy. They spend a lot of time gazing out of the front window and bark a warning if anyone approaches the front door — but that’s their job. 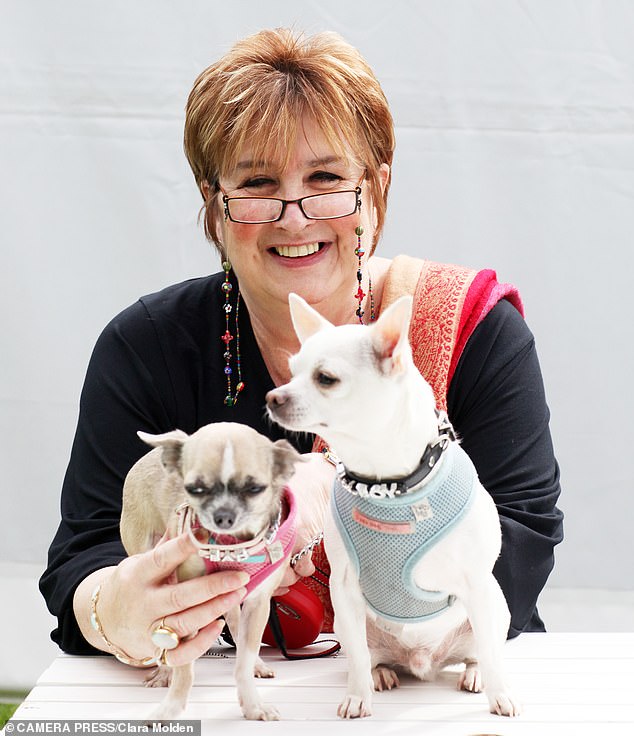 How dare the researchers at Helsinki University claim that small dogs are more aggressive than large ones, writes Jenni Murray. I read the article to my three adorable chihuahuas, Butch, Frieda and Madge, soon after this morning’s walk in the park where they’d been barked and growled at

When a visitor has been welcomed in, they’re the most affectionate little creatures imaginable.

I’ve had small dogs all my life, apart from once, years ago, when a friend had a litter of golden lab pups and persuaded me to take one home. He was gorgeous but grew into a neurotic nightmare. The minute we walked out of the door he’d howl like a banshee.

My sons grew up with them and they were the kindest, gentlest, most trustworthy companions for two rumbustious boys. I would never have trusted the labrador with a child.

My three chihuahuas together weigh far less than most big dogs. Which is just as well as my favourite form of relaxation is to curl up with a good book or a cracking TV programme with them tucked up with me.

They’re so tidy in the loo department that I can pick up all their mess for the day in one average-size bag. And even a roasted chicken can be safely left on the kitchen table. They can’t reach it. Small dogs, every time.