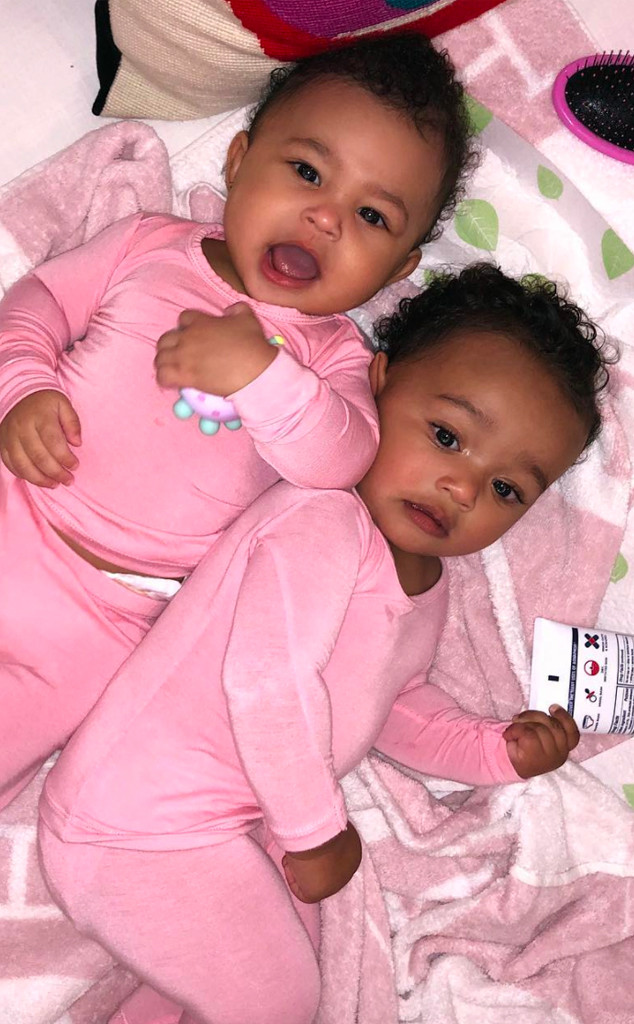 The toddlers are taking over!

Kylie Jenner posted on her Instagram Story on Friday an adorable video of her 1-year-old daughter Stormi Websterand fellow “triplet” Chicago Westtoddling around a kitchen. Chicago is preoccupied with a can of soup.

“All these toys, girls, and you wanna play with the Campbell’s soup and artichoke hearts,” Kylie says, as the kids run off in opposite directions. “OK, bye!”

“I still can’t get over that they’re only two weeks apart,” she wrote.

Kylie’s sister Kim Kardashianand husband Kanye West welcomed Chicago, their third child and second daughter, in mid-January 2018 via surrogate, and are currently expecting a fourth baby via surrogate as well. Kylie gave birth to Stormi, her and beau Travis Scott‘s first child, on Feb. 1, 2018. Both Stormi and Chicago have started walking.

The Kardashian-Jenner family dubs Stormi, Chicago and Khloe Kardashian‘s first child and 9-month-old daughter True Thompson the “triplets” because they are so close in age.

“Another gift this morning,” Kylie said in a video on her Instagram Story on Friday, showing a pink present. “Stormi’s birthday is like my second birthday, ’cause she’s only 1, and can’t open her own gifts, so it’s really fun. Thank you, Stormi!”

Keeping Up With the Kardashians returns for a new season on Sunday, March 31 at 9/8c only on E!

02/09/2019 lifestyle Comments Off on Kylie Jenner Shares Adorable Video of Toddling Stormi and Chicago
Recent Posts
We and our partners use cookies on this site to improve our service, perform analytics, personalize advertising, measure advertising performance, and remember website preferences.Ok