Kylie Jenner opened up about the real reason she doesn't show her authentic self in front of the cameras during a YouTube makeup tutorial with James Charles. 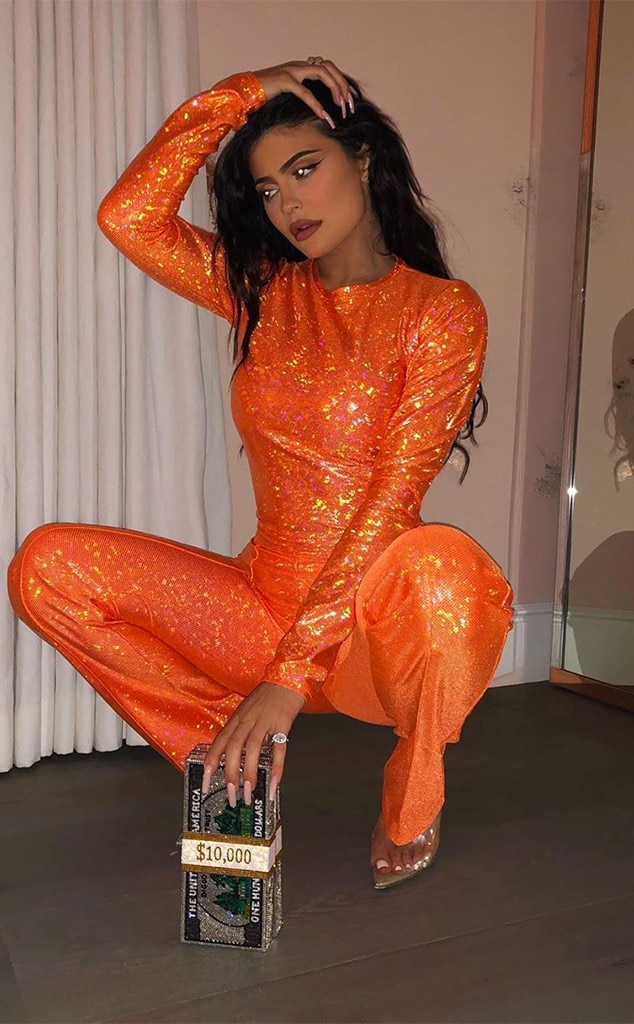 Kylie Jenner is keeping it real.

The 23-year-old has been in the spotlight for over a decade. From starring on Keeping Up With the Kardashians since she was 9 years old to amassing nearly 200 million followers on Instagram, she's the definition of a star.

And while many of her fans have come to love the Kylie Cosmetics founder for her style, beauty and small screen persona, she recently opened up about the side of herself she rarely displays in front of the cameras.

While filming a Halloween makeup tutorial with James Charles on his YouTube channel, the reality TV personality admitted to feeling "sad" about not being able to show her most authentic self.

"I think that I showed my true personality for so long ago on Vine and Instagram," she began to explain. "But as I got bigger and bigger, I realized… when people used to say really mean things about how I really am, my personality and what I love the most about myself, it would hurt me more than almost playing a character."

She continued, "So I just started doing a little less, which is sad. It makes me sad."

James pointed out to his fans just how witty and funny Kylie is, to which she responded, "You saying that… that's a bigger compliment to me. But it's something that is so sacred."

However, the beauty mogul said she wants "to do more things" on her YouTube channel to show more of her personality.

And this wasn't the only topic Kylie candidly talked about: She also opened up about her dream to expand her family. As fans know, she is a proud mom to Stormi Webster, who she shares with ex-boyfriend Travis Scott.

"I want more so bad. I actually think about it every day," she revealed. "I just still don't know when. I'm not planning, I don't have a time for that to happen."

She added, "You can't not want more almost."

This isn't the first time Kylie has discussed motherhood and her hope to give Stormi siblings. Last year, she echoed the same sentiments for Interview Germany, saying "I do want more kids but I do not have any plans in the near future to have children right now."

Gwen Stefani & Blake Shelton Are Engaged: All the Details on Her Ring

Kylie Jenner Admits It's "Sad" She Hides Her "True Personality"

When sharing her Halloween plans, Kylie revealed that Kim Kardashian is planning to host "something really special" at her house.

"We're gonna have all the cousins over and I think we're gonna do fake little houses in the backyard so they can trick or treat," she dished. "Stormi loves Halloween, she's been talking about it for the last two months. She wants to be a Minion."

As for Kylie's costume this year? Fans will just have to wait and see because her lips are sealed.