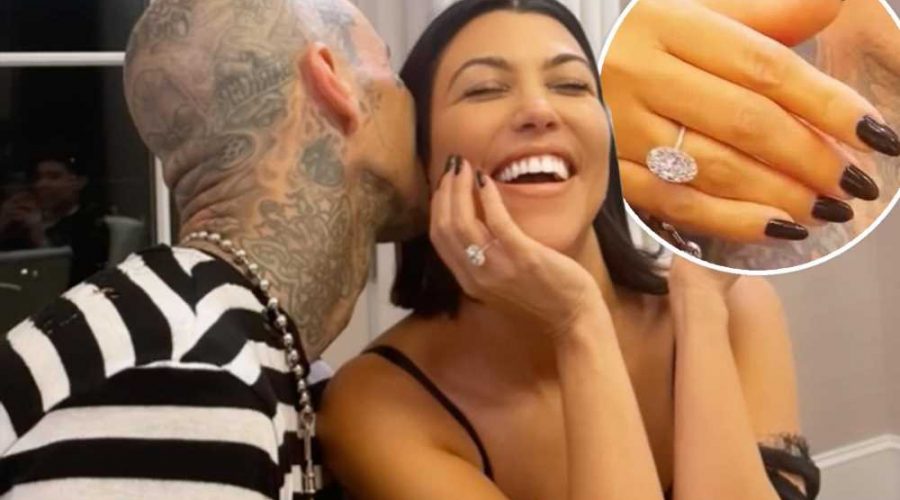 Kourtney Kardashian and Travis Barker are engaged: See pics from the proposal

Kourtney Kardashian and Travis Barker make out backstage at ‘SNL’

Kourtney Kardashian’s left finger is certainly the most interesting to look at.

Travis Barker proposed to the Poosh founder during a romantic beach dinner date on Sunday, popping the question with an enormous diamond ring.

“It appears Travis has bought into the Kardashian family philosophy of going big and going flashy with the enormous oval-cut diamond engagement ring he gave to Kourtney. It looks to be larger than 15 carats in a pavé or hidden halo setting,” Mike Fried, CEO of The Diamond Pro, told Page Six Style, valuing the sparkler at a whopping $1 million.

Olivia Landau, GIA-certified gemologist and founder of The Clear Cut, estimates that the eldest Kardashian sister’s sparkler is slightly smaller — “around 8 to 10 carats,” she told us.

“It is set in a skinny platinum solitaire style with a pavé diamond band. Depending on actual size and quality it could range between $350,000 and $650,000,” she added. 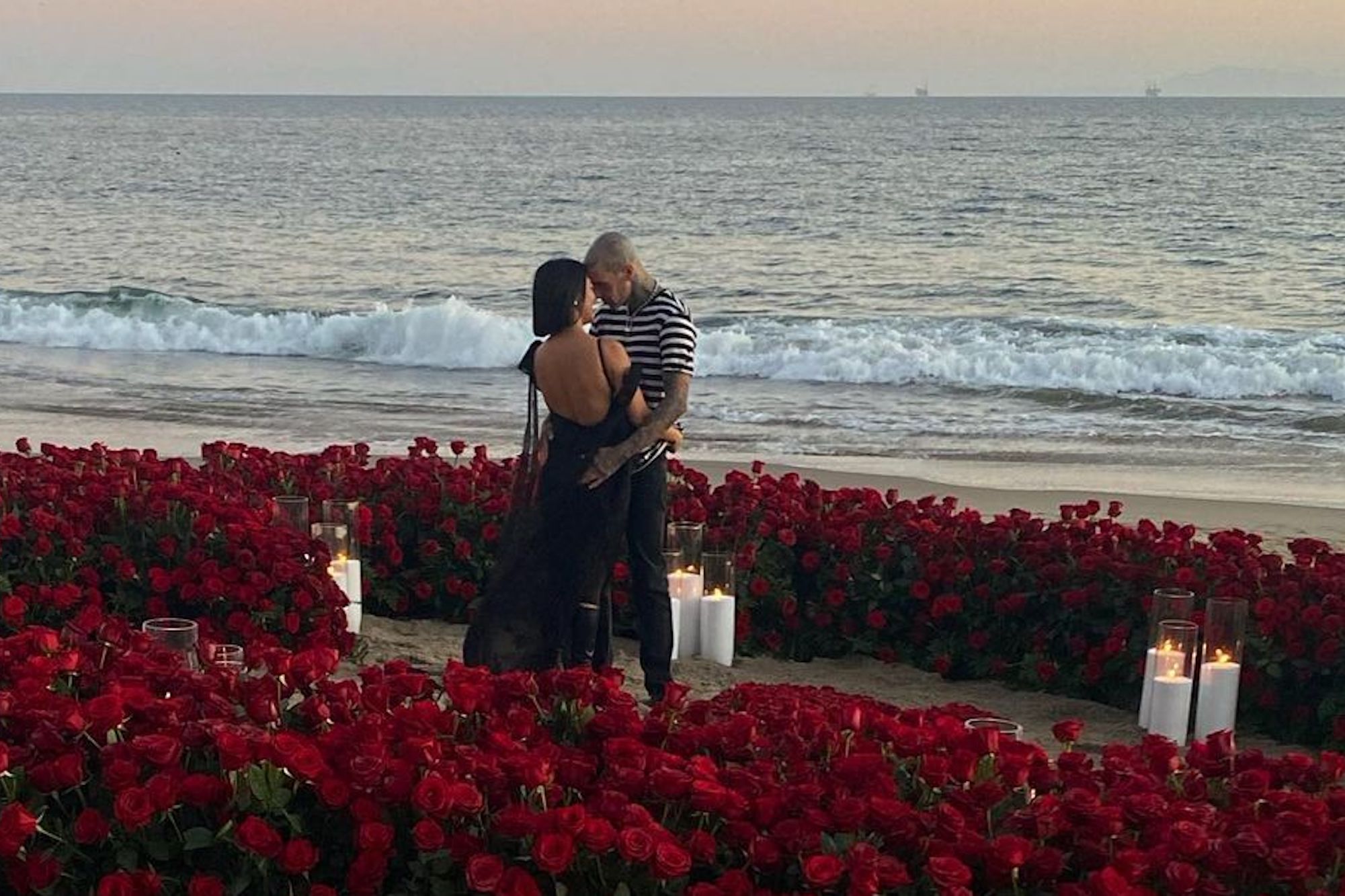 Similarly, Kathryn Money, SVP of merchandising and retail for Brilliant Earth, places the diamond’s size at around 10 to 12 carats, with a value somewhere between $500,000 to $1 million.

Barker, 45, has been dating Kardashian, 42, since January, though they’ve been friends and neighbors for many years. 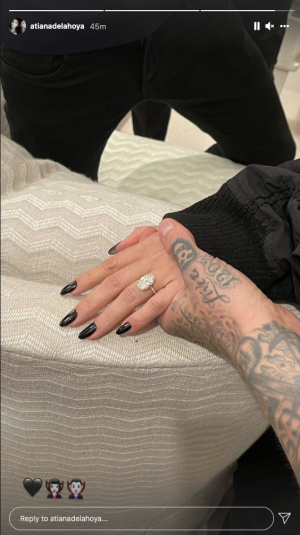 This will be the first marriage for Kardashian, who dated Scott Disick on and off for many years. The duo share three children together – Mason, 11, Penelope, 9, and Reign, 6.

In a 2011 episode of “Kourtney and Kim Take New York,” Disick actually picked out a yellow diamond engagement ring, though Kourtney dismissed his informal proposal.

The engagement ring is just the latest way Barker and Kardashian have shown their commitment to one another; the rocker already has a few tattoos dedicated to his lady love, including her name near his heart and a thigh tattoo of the words “You’re So Cool!” from “True Romance.”

The reality star even took her own turn at the tattoo gun, inking “I love you” in her own handwriting on Barker’s arm.

There’s no word yet of when or where the wedding will be, but one thing’s for sure: If it’s as over-the-top as her engagement ring, fans can expect a seriously major celebration.