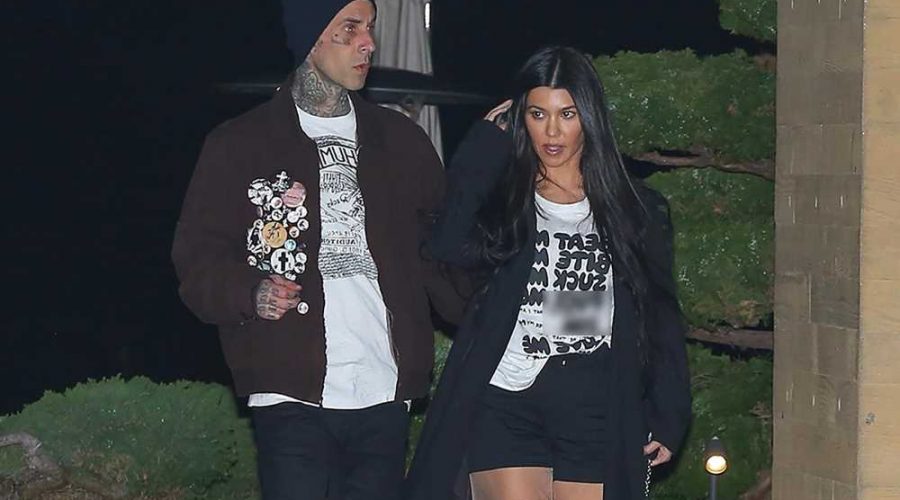 Best star snaps of the week: Celebs get ready for ‘hot girl summer’

Travis Barker calls Kourtney Kardashian the ‘love of my life’

After the reality star, 42, posted an Instagram photo on Sunday dressed in a fur-collared coat, ripped jeans, a satin lace-trimmed cami and Doc Martens, one follower suspected that her rocker boyfriend, Travis Barker, might be behind the eclectic ensemble.

“And her style begins to change,” they commented on Kardashian’s post.

But the Poosh founder wasted no time in setting the record straight. “This picture is from 2019 but ok,” she replied, adding a kissing emoji for good measure.

On Friday night, the 25-year-old model fêted her new liquor with a party at LA eatery Craig’s, surrounded by family members including Kim and Khloé Kardashian and Kylie and Kris Jenner, as well as Katy Perry, Hailey Baldwin and more celebrity pals; Kourtney did not attend, and was clearly feeling some FOMO. 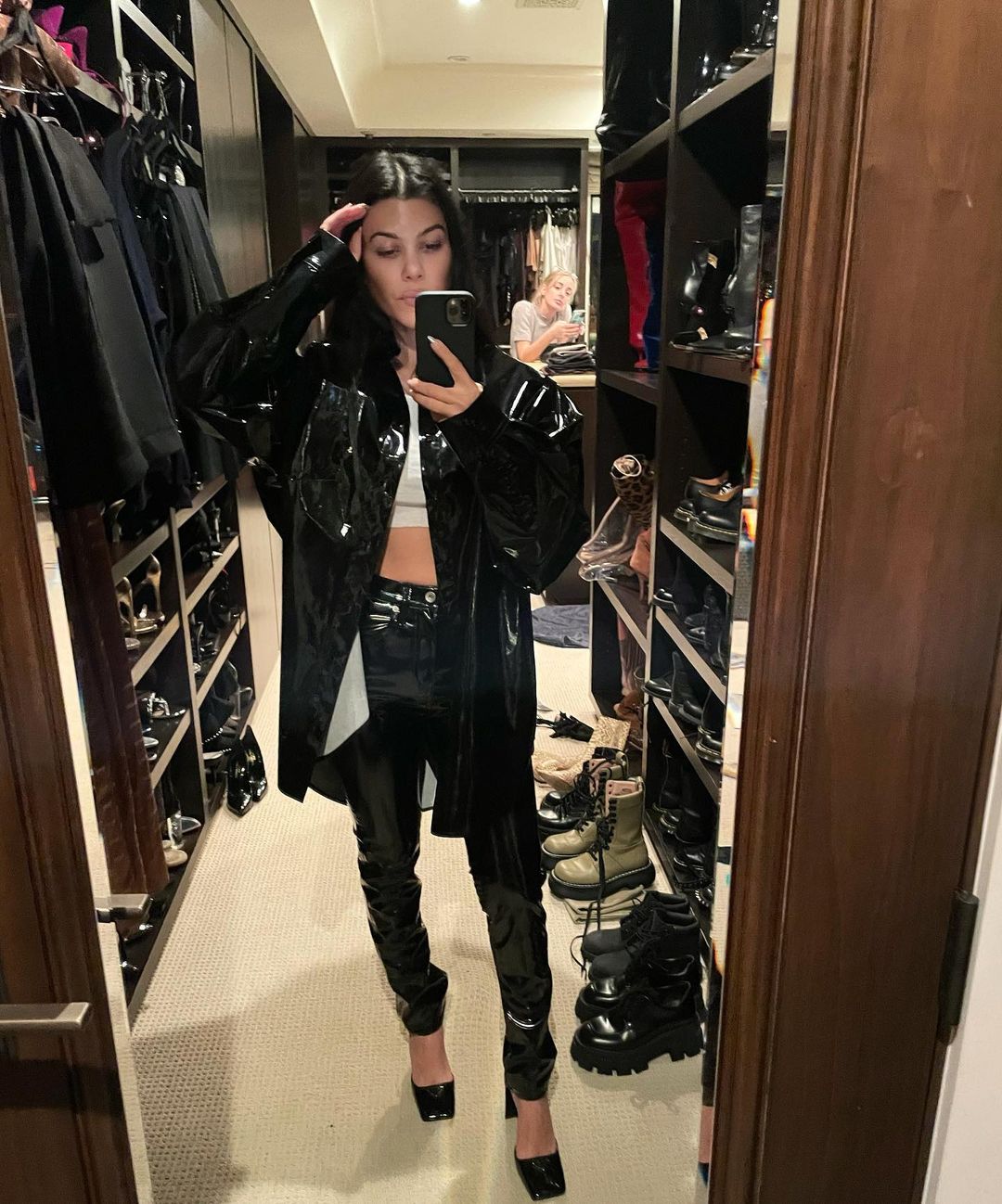 But the aforementioned commenter wasn’t alone in suggesting that Barker, 45, might be pushing his lady love’s look in an edgier direction.

“Kourtney??? Is that you? Lol,” one asked, while another added, “Trying to be rocker SO hard.”

Kardashian has stepped out in several somewhat out-of-character outfits since she started dating the Blink-182 drummer in January. For a date with her man in March, she donned a T-shirt printed with NSFW lyrics by punk rock band The Queers: “Beat me, bite me, whip me, f–k me, like the dirty pig that I am. C-m all over my t-ts and tell ’em that you love me. Then get the f—k out.” 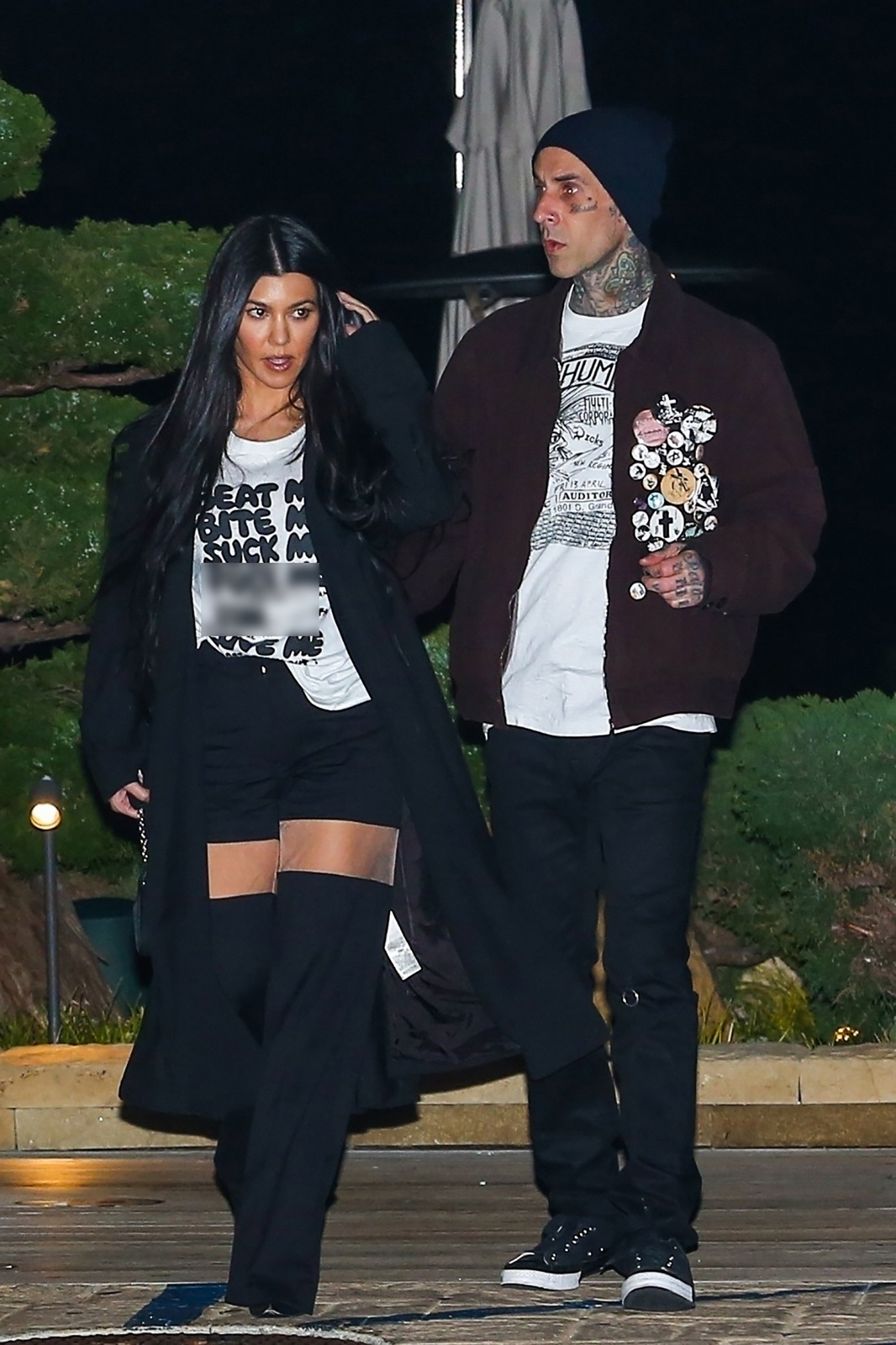 Besides, if the pair truly are soulmates, it’s only natural they’d be sharing style cues to some extent.