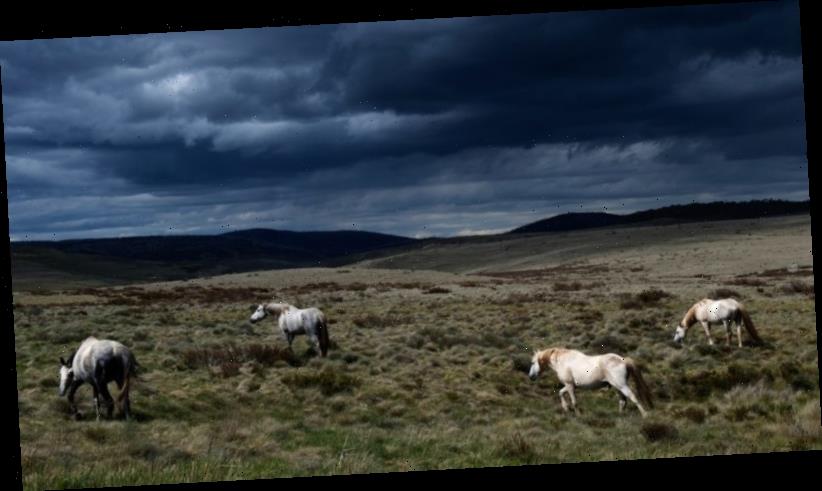 About one in three brumbies trapped as part of the Berejiklian government’s plan to cut feral horse numbers in the Kosciuszko National Park are being released rather than rehomed because of animal welfare issues.

The data, supplied by the National Parks and Wildlife Service, comes as the government prepares a new horse plan for comment. NSW’s economy could be $50 million better off annually if numbers dropped, a report commissioned by the Invasive Species Council says. 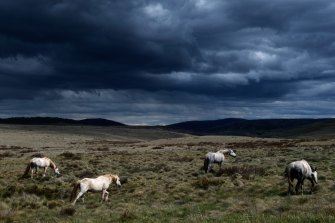 A mob of brumbies near Kiandra, one of the sensitive regions in the high plains of the Kosciuszko National Park.Credit:Nick Moir

The NPWS figures show trapping and removal of horses during 2020-21 were already the most in six years, with 382 animals trapped since July. However, another 192 horses were released.

“Heavily pregnant mares and mares with foals at foot are released from the trap yards and are not transported off-site,” a NPWS spokesman said.

“Under this passive trapping program the welfare and humane treatment of these animals remains NPWS’ highest priority,” he said. “Under best practice animal welfare standards and with continual consultation with the RSPCA, only those horses deemed fit for transport are removed from the Park.”

Don Driscoll, director of Deakin University’s Centre For Integrative Ecology, said the policy meant “they are releasing the most fertile individuals back into the population”, undermining the effort to cut numbers of the animals that are damaging delicate ecosystems.

“The trapping is not going to cut the population growth rate let alone the overall population,” Professor Driscoll said, adding that the horses needed to be culled.

Debate over the fate of the feral horses in one of the state’s biggest national parks is likely to intensify in coming weeks as the government prepares a new management plan.

Nationals leader and local member John Barilaro – who had succeeded in legislating protection for “heritage horses” because of their history – surprised many last month when he told the Herald numbers may need to be cut to “600, 1000, or 3000”.

A survey at the end of 2020 estimated the park may hold as many as 14,000 horses. While the tally was down a quarter on the previous survey, any population drop was likely to be temporary once breeding picks up in the wake of drought and bushfires, ecologists have said. 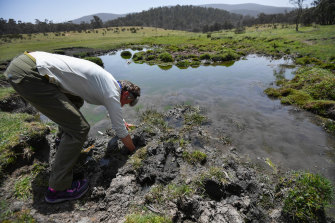 ‘We’re in a horse paddock’: Acacia Rose at the source of the Murray River in May 2020.Credit:Joe Armao

Separately, a report for the Invasive Species Council by Frontier Economics has estimated reducing horse numbers would generate economic benefits of $19-$50 million per year.

The biggest gain would come increased tourism, worth as much as $20 million. Reducing damage to alpine rivers and swamps from horse trampling could also boost water quality and quantity for this key region supplying the Snowy Hydro scheme worth some $28 million a year, the report said.

For motorists, fewer car accidents would also save $2 million annually “assuming all feral horse-related crashes in [the park] are avoided in the future”, it said.

According to Parks, the most recent incident took place on February 9 with a chestnut stallion found dead on a trial, “presumed hit by car”. Other visitors have warned for years of the risks.

“The huge and growing numbers of feral horses in Kosciuszko are scaring away tourists and
putting motorists and campers at risk,” Andrew Cox, head of the Invasive Species Council, said.

John Pierce, a former head of NSW Treasury and ex-senior federal public servant, said the Frontier Economics report had produced “a clear response” as to the benefits of cutting numbers. As the horses would never be entirely eliminated, the brumby-related trekking businesses would continue.

“A bull-bar might protect you against roos,” he added, with regard to accidents. “But it will not protect you from a 400-500 kilogram horse.”

Peter Cochran, a brumbies supporter who runs treks into the Park, dismissed the “piddling bloody report” that ignored the much bigger pressing issue of the devastating 2020 bushfires on the region.

“Every snow gum is dead,” Mr Cochran said on Sunday as he surveyed the area around him. “It’s heartbreaking [and far worse than] worrying about a few brumbies in the National Park.”