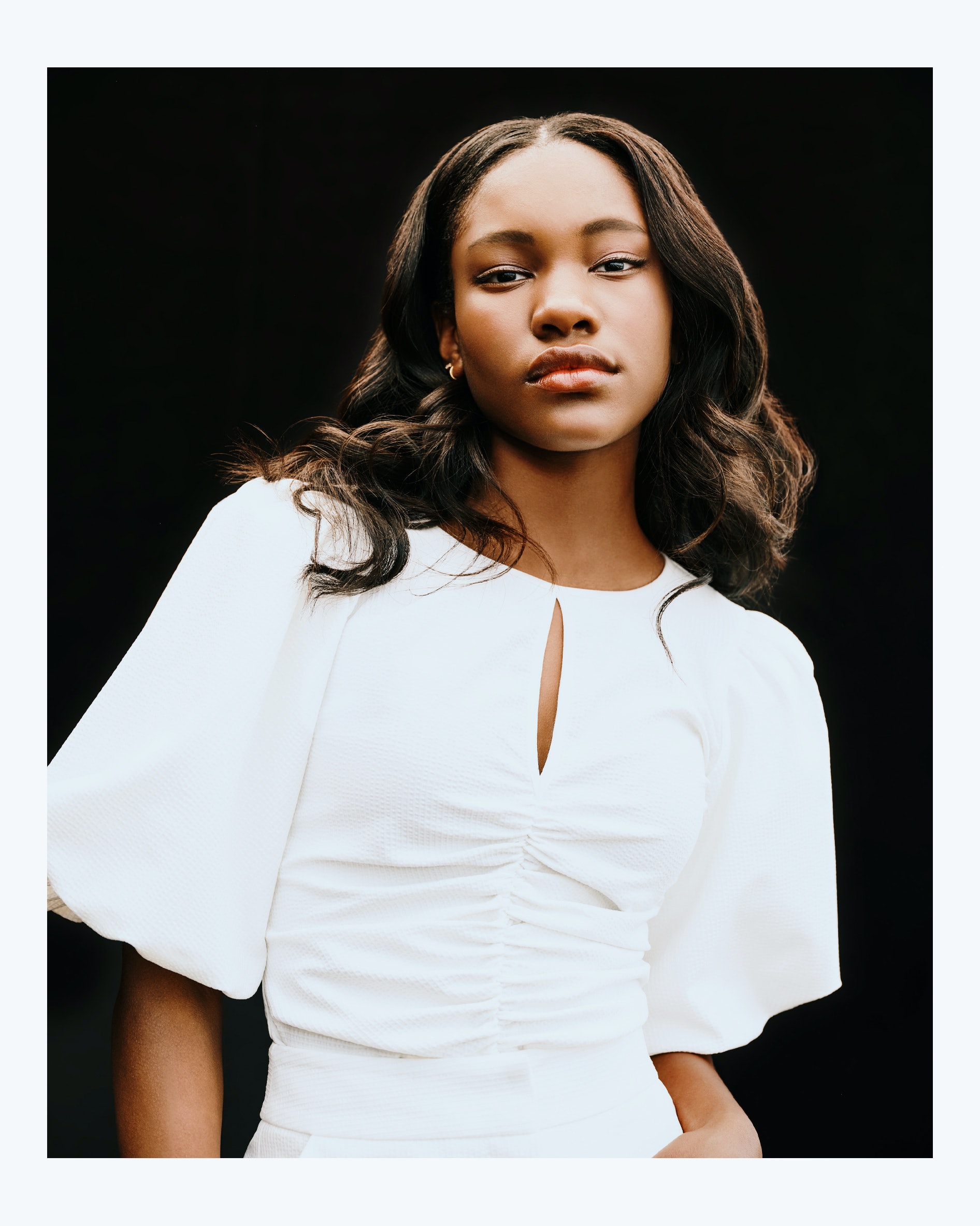 Demi Singleton was born to perform. Born in New Orleans and raised in New York, she started dancing when she was just three years old. At seven, she started to train her voice professionally to become a singer. Then, at nine, she began auditioning as an actress. “I’ve always known that I wanted to perform,” she told W one day over Zoom, while discussing her first feature film, King Richard. “It’s something that I’ve loved for as long as I can remember.”

She has also played the cello for over a decade, which helped the actress land her Broadway debut. “I learned the Suzuki Method at the Brooklyn Conservatory of Music and played until I was 12. But then I started getting busy with Broadway stuff, and I was performing every other night in School of Rock.”

While on Broadway, Singleton picked up the bass and acoustic guitar, and the ukulele. “Those are the instruments I still play now, but I’m not as great at them as when I was playing the cello—because I was pretty good at the cello,” she assured W. “I had a lot of fun with that, and I feel like there aren’t a lot of Black girls who play the cello. I felt unique because people didn’t really expect that.”

The discipline the actress learned from her instrument lessons and performing almost every night on Broadway in 2015 worked in her favor when she was cast as young Serena Williams in King Richard, the biopic focused on the Williams sisters and their father Richard Williams (Will Smith) as they arrived at tennis superstardom in the mid-90s. “A big reason as to why I was able to successfully be like Serena was because I’ve been training my entire life, so it wasn’t hard to get into that training mode,” Singleton said. “I also think the reason I was able to learn so quickly, in about three months, is because I was a dancer and the tennis we played was a lot like choreography. I was able to pick it up quickly.”

In the film, the focus is more on Venus Williams (Saniyya Sidney), Serena’s older sister who went pro first, but the movie also makes a point to nod toward Serena’s destiny as the greatest of all time. The film emphasizes a key point that Sidney learned through her research: everyone in the Williams family, even the sisters who did not play tennis, always showed up to support one another. “They’re still like that today,” she said. “When Serena and Venus came to set, I got to see firsthand how they were as sisters, and they’re so fond of one another, even to this day. That helped Saniyya and me bond as well—we’re best friends and we love each other so much.”

Singleton said that during the filmmaking process, she met the athletes just once, but it was enough to give her the boost of courage she needed to portray one of the greatest living athletes on the planet in King Richard. “I was shaking! Olympia was there, too, and we were singing ‘Baby Shark’ with her,” she remembered. “We realized there was nothing to be nervous about. Venus and Serena are so kind and very loving people. I only really knew them from the court, and when they’re on the court they do not come to play and they are seriously in their zone. But that’s not how they are off the court.”

On-screen, the sisterly bond between Singleton and Sidney feels real. As for their on-screen dad, played by Will Smith, Singleton couldn’t get enough of the fatherly advice that was being doled out left and right. “One of the most valuable things Mr. Will told us was to always be careful with the roles you choose in your career because they can define who you are as an actor,” she reminisced. “He was always teaching us something and I don’t think he even realized it. He said, ‘Everything good in life doesn’t last, it has to come to an end. Don’t let that shake you. Something good will happen again. The bad things don’t last either.’ So there’s always that balance, and you have to keep going until you get that good thing.”

The next good thing for Singleton? She wants to be part of projects that “tell really important stories” that have not been highlighted before. “Specifically stories with a Black team, Black writer, Black director,” she said. “I think Black people and people of color in general need a chance to shine and have their moment in this industry.”