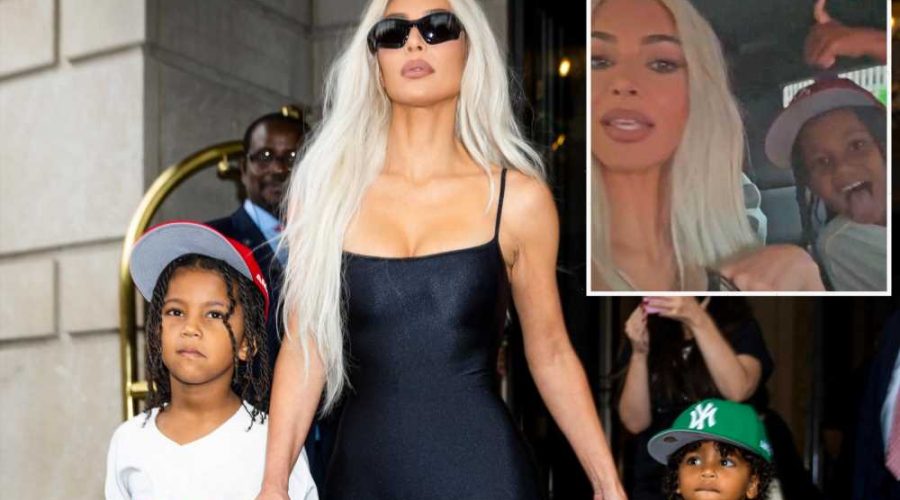 How to shop Kim Kardashian’s Skkn by Kim skincare products

Kim Kardashian was forced to discipline her son, Saint West, for yelling inappropriate things during an Instagram Live on Tuesday.

The 41-year-old billionaire was in the backseat of an SUV in New York City when she started live-streaming with her two sons Saint, 6, and Psalm, 3.

“Say hi!” she encouraged them in the selfie video, explaining, “This is called Instagram Live.”

“Hi, weirdos!” Saint interjected as he popped up from outside the frame, prompting his mom to turn her head quickly in his direction and scold him.

“Hey, stop it!” she demanded, right before Psalm started mumbling and babbling loudly. 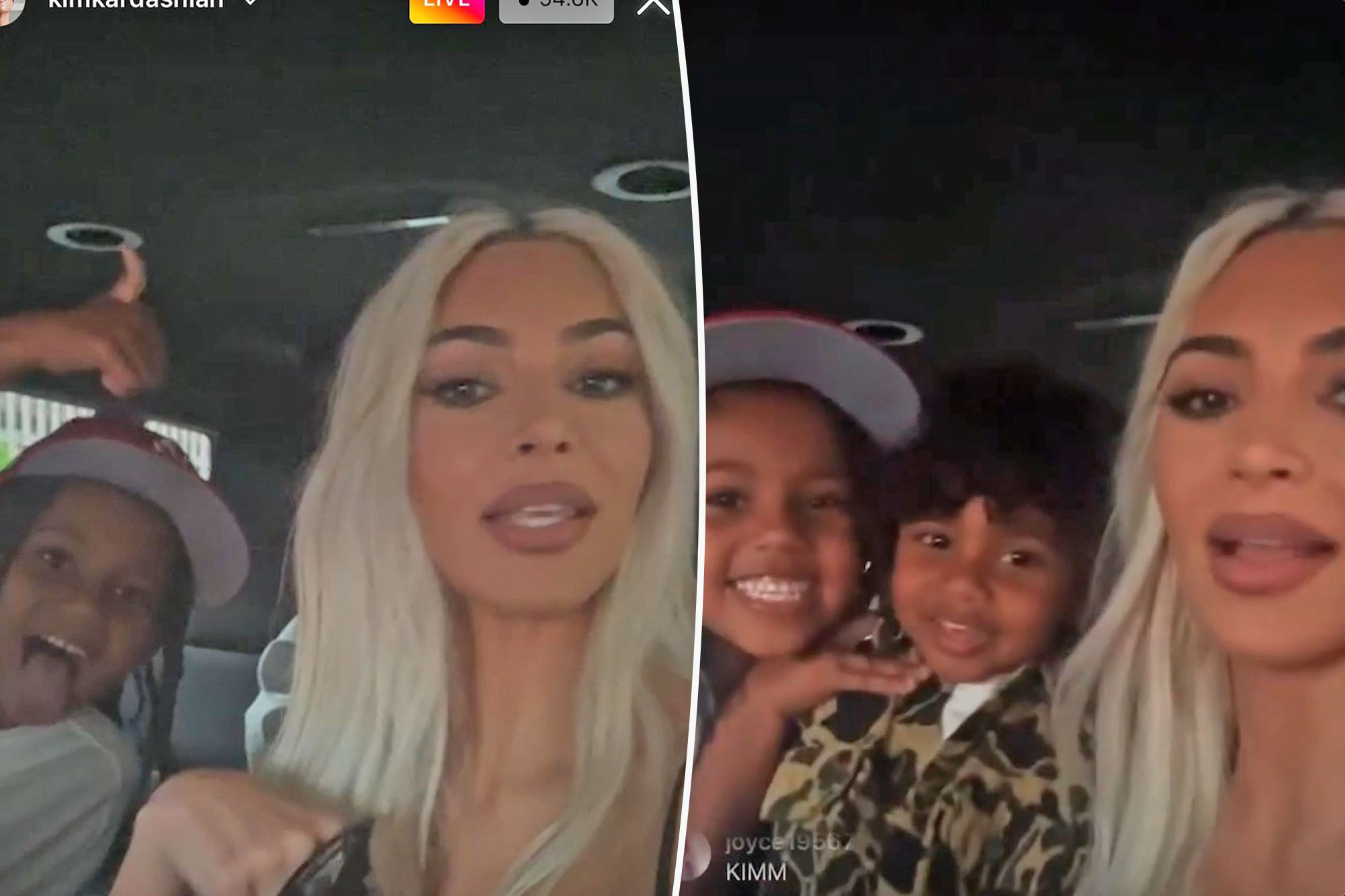 Popping back into the frame, Saint then flashed a mischievous grin and added, “If you’re watching this, I hate you!”

The former “Keeping Up With the Kardashians” star once again turned to face her unruly child. “Hey! Saint,” she said disapprovingly, prompting Psalm to chime in with more high-pitched gibberish.

“Look what you’re teaching him,” an exacerbated Kardashian said to her oldest son, prompting him to defend his little brother. 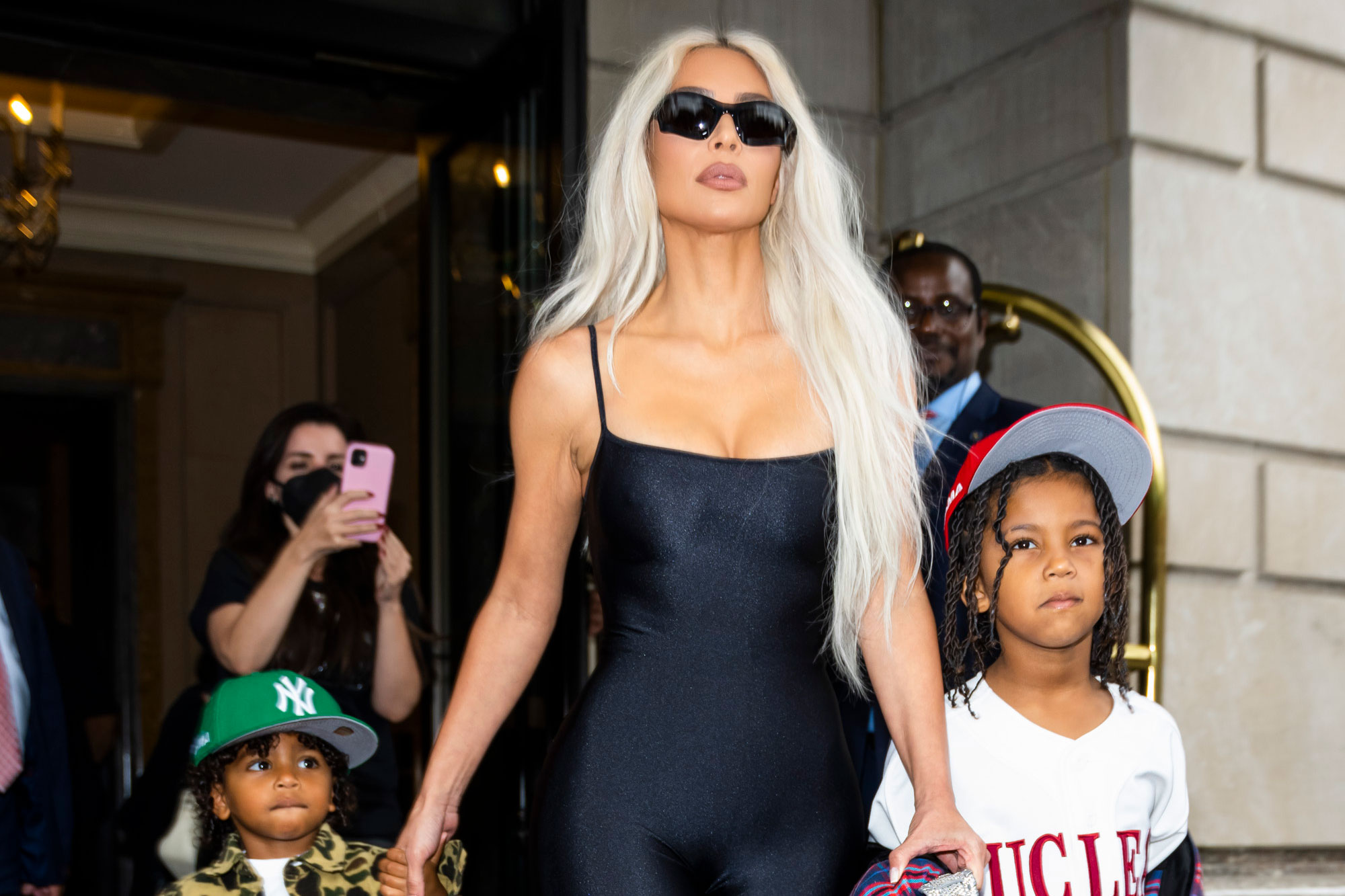 This isn’t the first time the curly-haired cutie has shown off his boisterous personality for an audience.

During a mid-April episode of the family’s Hulu show, Saint decided to get up from the kitchen table, unprovoked, and approach the cameraperson who was filming him.

“I’m going to punch the cameras,” the tiny tot declared as his clenched fist overtook the entirety of the frame.

Kardashian brushed off the minor incident with a chuckle — until Saint went in for a second swing. That’s when she changed her tone and reprimanded him verbally.

The reality star shares the two boys — as well as daughters North, 9, and Chicago, 4 — with ex-husband Kanye West, whom she praised recently for helping with the launch of her new skincare line, Skkn.

“I always give credit where credit is due,” Kardashian explained Tuesday morning in an Instagram Story video, adding that the rapper and Yeezy designer, 45, had a heavy hand in the name, font and packaging of her products.